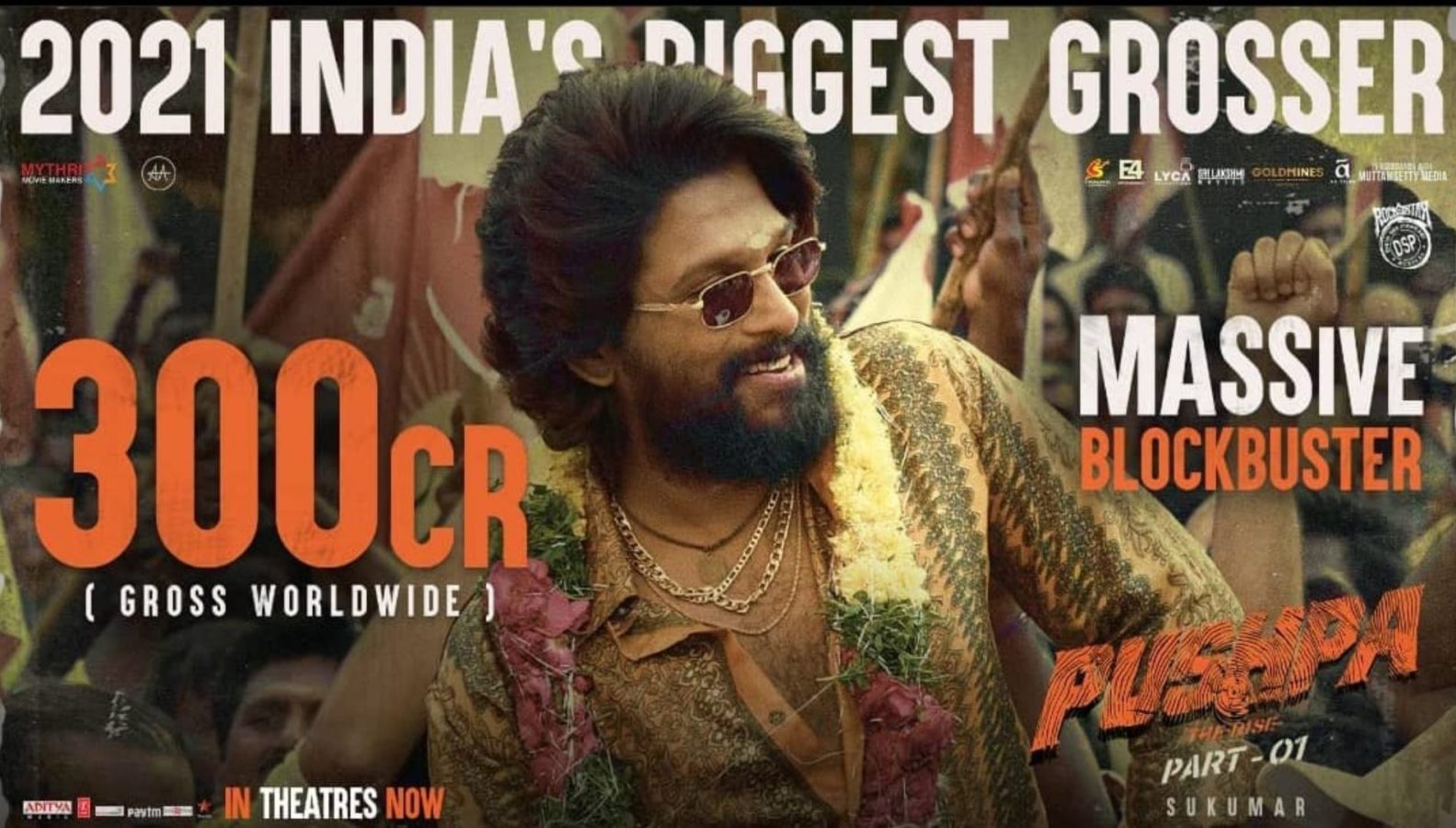 Allu Arjun’s ‘Pushpa: The Rise Part’ to be available on Amazon Prime Video

Living
Allu Arjun’s ‘Pushpa: The Rise Part’ to be available on Amazon Prime Video
Share this article
Next article

Released on 17 December 2021, Allu Arjun and Rashmika Mandanna starrer Pushpa: The Rise Part-01 became instrumental in rubbing off the pandemic blues and amassing viewers heading to the movie theatres.

The Telugu action thriller is now set to air on Amazon Prime Video on 7 January.

Here’s all that we know about Pushpa: The Rise Part- 01

In a tweet, Amazon Prime Video announced the mega release, and the news went viral with fans pouring in their love.

The original blockbuster was also released in dubbed versions, including Hindi, Malayalam, Tamil and Kannada.

Set amidst the Seshachalam forests of Chittoor district in Andhra Pradesh, Pushpa Raj (Allu Arjun) is a coolie with high ambitions. He volunteers to smuggle the rare red sanders and, in the way, has to fight a notorious smuggler named Mangalam Srinu.

To smuggle the sandalwood and avoid being caught by DSP Govindappa, who raids the forests and Pushpa’s boss Konda Reddy’s location, Pushpa comes up with a master plan to float the wood down the river. But his problems don’t end here.

Srinu is on the go to smuggle the wood at a much higher price than what has been already offered. A furious Pushpa decides to smuggle the lot directly into Chennai.

Meanwhile, Pushpa meets Srivalli and instantly falls head over heels for her. Insulted on their engagement day for his lineage, he vows to rise in life.

After a scuffle, paralysing Jolly Reddy who had blackmailed Srivalli, losing Konda Reddy in the fight and killing Srinu’s brother-in-law, Pushpa soon becomes the manager of the red sanders syndicate.

Drama follows on the night of Pushpa and Srivalli’s wedding, with him emerging as the most powerful man in the region, just what he had always wanted.

Pushpa: The Rise Part-01 has a star-studded cast. The phenomenal performances by Allu Arjun, who plays the lead and Rashmika Mandanna, who is Pushpa’s love interest Srivalli, have wowed the audience.

Sunil as the notorious smuggler and Pushpa’s rival Mangalam Srinu, Ajay Ghosh as Pushpa’s boss Konda Reddy, Dhananjaya as Jolly Reddy, Konda Reddy’s brother, and Shatru as DSP Govindappa have contributed immensely to their characters and made them shine throughout the film.

Other noted actors like Fahadh Faasil as IPS Bhanwar Singh Shekhawat and Rao Ramesh as B humireddy Siddappa Naidu have added to the action-packed blockbuster film.

Written and directed by the talented Telugu director Sukumar, the music is composed by Devi Sri Prasad. It is co-produced by Naveen Yerneni and Y Ravi Shankar.

Even after nearly three weeks of releasing Pushpa: The Rise continues to soar high on the box office. The critically acclaimed film is on its way to entering the INR 100-crore club as a net collection of over INR 67 crore has been reported so far. According to film trade analysts, Pushpa: The Rise Part-01 has garnered a worldwide collection of nearly INR 300 crore.

Though the film has brought in huge business for theatres, the new COVID-19 wave seems to have slowed the success. However, makers are certain that the OTT release will recover business and gain viewership.

Ahead of the theatrical release, south superstar Allu Arjun had expressed his desire to step into the Hindi film industry, which would be a major milestone in his career.

According to PTI reports, he also said, “I love Hindi cinema. I have grown up watching it. I definitely want to do a straight Hindi film. It will be a landmark point in my career and I want to make the best possible choice for it. There have been a few offers, but nothing really interesting or exciting has come up.”

amazon prime video Telugu movies of 2021 Allu Arjun Pushpa: The Rise
Trinetra Paul
An ardent foodie, Trinetra seeks every opportunity of travelling and writing. Storytelling and slam poetry are her go-to jam. Her lazying around ideas includes binge watching and whipping up some snacks or searching the next place to visit.