Italian designer Riccardo Tisci will step down this week as creative director, Burberry said Wednesday, announcing his unexpected and sudden departure. Tisci, who transformed and modernised the British fashion house since his arrival in 2018, is to be replaced by Briton Daniel Lee, who was formerly at Bottega Veneta.

“Riccardo has decided to leave after almost five years, during which he spearheaded Burberry’s creative transformation,” it said in a statement. Under Tisci, the group added that it had “modernised and elevated its product offer, attracting a younger, more diverse and fashion-forward community of customers”.

The Italian’s Spring-Summer 2023 collection, which was presented this week in London, was his last for Burberry. Lee, who will now oversee all Burberry collections, will present his debut runway collection at London Fashion Week in February 2023.

“He has enhanced our creative language, modernised and elevated our product offer and brought a new generation of luxury customers to our brand.”

Tisci said he was “incredibly proud” of his time at the fashion house. “Burberry is a very special place with a magical past and a very promising future,” he said. “The chapter I was asked to write in its long story is one that I am incredibly proud of. He had strived to “continue a legacy of innovation, and consistently championed for creativity and diversity, in order to always keep Burberry moving forward,” added Tisci. 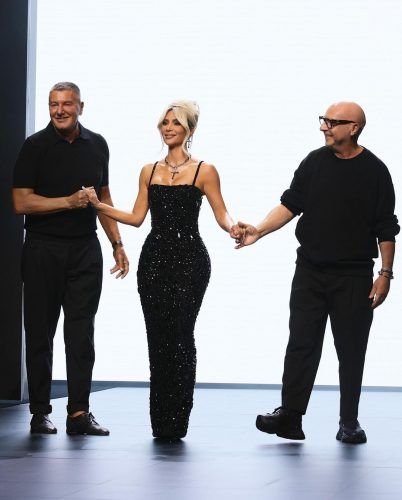 Lee, who was born in Bradford in northern England, will take up his new role on Monday at the group’s London headquarters. He was creative director at Bottega Veneta between 2018 and 2021, when he helped reinvigorate the Italian brand.

Lee has also previously worked at Celine, Maison Margiela, Balenciaga and Donna Karan. “I am honoured to join Burberry,” he said Wednesday. “Together with the team, we will write the exciting next chapter for this legendary British luxury brand, continuing its historic heritage and building on Riccardo’s legacy.”

Lee added he was “very excited” to return to London, adding that the British capital “champions pioneering creativity and that continues to inspire me”.

Tisci’s final act was to present Burberry’s Spring-Summer 2023 collection at London Fashion Week on Monday. It had been due to take place on September 17 but was postponed due to the death of Queen Elizabeth II.

The fashion house in May posted net profits of £396 million ($422 million, 442 million euros, Rs 3469 crores approx.). That was up five percent compared with its previous financial year ending in late March 2021.

However, it said at the time that future performance depended on the extent of economic recovery in China, a key market that has been hit by Covid lockdowns.

Cosmetics empire to luxury rides: A look at Kylie Jenner’s net worth