Home > Living > People > Elon Musk: Net worth and other businesses of the Tesla and SpaceX CEO 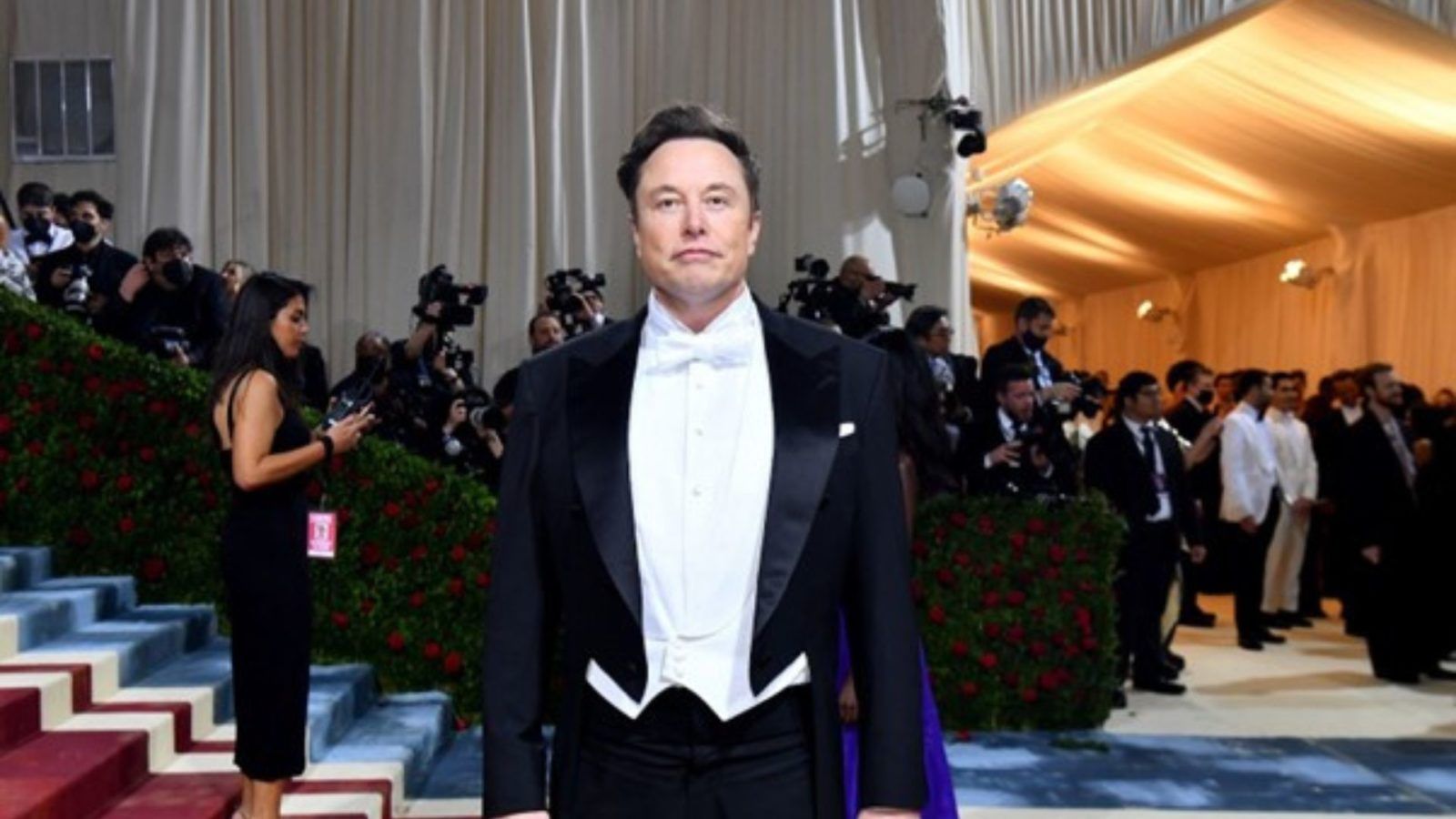 Elon Musk: Net worth and other businesses of the Tesla and SpaceX CEO

Living
Elon Musk: Net worth and other businesses of the Tesla and SpaceX CEO
Share this article
Next article

Business magnate and investor Elon Musk is the world’s richest person. With a net worth in billions and strategic acquisitions of companies that are pioneering game-changers in the world, Musk has made the unimaginable quite a reality.

Surpassing incredible entrepreneurs like Bill Gates, Jeff Bezos, Mark Zuckerberg and Warren Buffett, the Tesla and SpaceX CEO bagged the highest spot in the 2020 Bloomberg Billionaires Index, with a net worth of USD 223 billion.

According to Forbes, Musk’s net worth stands at USD 234 billion, as of 28 June. However, his wealth had reached its peak in November 2021, amounting to USD 340 billion.

Wondering how Elon Musk started his journey and what other companies he has invested in? Read on to know more.

Here’s all about Elon Musk and the businesses he owns

Born in Pretoria, South Africa, on 28 June 1971, Musk created a video game at age 12. When he grew up, he obtained a Canadian passport and left South Africa in 1988 to seize the opportunities in the West.

He joined Queen’s University in Ontario but moved to the University of Pennsylvania in 1992 to study physics and economics. He then went to study physics at Stanford University, but the course failed to entice his interests that were already piqued by the ever-broadening horizons of the internet.

In 1995, Elon Musk founded Zip2, which aided digital newspapers with maps and directories. Four years later, the company was acquired by computer manufacturer Compaq for USD 307 million. Musk went on to form the financial services and online payment system company X.com, which was later known as PayPal. In 2002, PayPal was sold to eBay, the American e-commerce company, for USD 1.5 billion.

Then there was no looking back for him. The world today is witness to the immense dedication and perseverance that has gone behind making Elon Musk’s net worth what it is today.

The luxury electric vehicle company is one of the most sought-after car manufacturers known for making vehicles that boast speed, features and elegance. Tesla Motors, now Tesla, Inc., was founded by entrepreneurs Martin Eberhard and Marc Tarpenning in 2003. The following year, Musk came on board as a major funder and went on to become the chairman of Tesla in 2008.

The same year, however, the company was on the brink of bankruptcy, but Tesla got a fresh lease with a USD 40 million lifeline fund from investors and Musk’s personal wealth. It was then that Musk took over the role of Tesla’s CEO.

Tesla financing round closed at 6pm Dec 24th 2008 – last hour of last day possible or payroll would’ve bounced 2 days later. I gave Tesla last of my remaining cash from PayPal. Didn’t even own a house or anything sellable.

The valuable carmaker produced the world’s first all-electric, zero-emission sports car Roadster in 2008. The carmaker earned about USD 226 million through an initial public offering in 2010 and soon launched the world’s first premium fully electric sedan called Model S. In 2017, Tesla began the production of Model 3, a less expensive electric car. It became one of Tesla’s bestselling electric cars of all time.

According to Forbes, as of 28 June 2022, Elon Musk owns about 25 percent of Tesla shares and options, which makes up a major chunk of his net worth. He has also committed over half his stocks as security for company loans.

Things seemed to be going well until Tesla stocks came under immense pressure and scrutiny. On 26 May 2022, a report by Economic Times said that Elon Musk’s net worth dipped below USD 200 billion, as Tesla shares hit an 11-month low.

Since the beginning of 2022, Tesla shares dropped almost 40 percent, inflicting a substantial hit on Musk’s wealth. He reportedly lost about USD 77.6 billion of his net worth as of the date of the report. The Economic Times article also mentions that according to the Bloomberg Billionaires Index, his net worth stood at USD 193 billion at that time. One of the main reasons for this was a lack of supply chain and unavailability of parts

However, he remains the world’s richest person, while his closest rival and Amazon co-founder and fellow billionaire Jeff Bezos’ net worth was USD 128 billion at that time. Bezos, too, suffered a significant hit and had lost about USD 64.6 billion. High labour costs, inflation and a disrupted supply chain were some of the major reasons behind it.

On the whole, the world’s 50 richest people have suffered heavy blows to their net worths and lost almost half a trillion dollars since the beginning of 2022, owing to the COVID-19 pandemic that disrupted the supply chain and adversely affected the share prices of these businesses.

According to coinsmarketcap, as of 28 June 2022, Tesla’s market cap stands at USD 724.95 billion and is the major contributor to Musk’s net worth.

Under the Tesla banner is Musk’s other company, SolarCity is a renowned solar power systems installer for residences in the US. It was initially headed by his cousins with Musk as its main funding backbone.

In 2016, Musk acquired the company for USD 2.6 billion in stock and included its operations under Tesla Energy.

The Tesla board introduced a unique and highly lucrative compensation plan, which would eventually come up to USD 100 billion, for Musk in 2018. According to the plan, he would receive USD 100 billion worth of stock options over a period of 10 years in 12 tranches or money portions.

The first of these tranches came in when Tesla reached a net worth of USD 100 billion. Post which, Musk received tranches every time the company increased its market cap by USD 50 billion. The catch was that, if he failed to achieve any of the tranches, he would receive no compensation. But, with his grit and hard work, Musk was able to clear all the 12 tranches within a period of three years and took Tesla’s net worth to USD 1 trillion for the first time in 2021.

Out of the world odyssey

Musk set his eyes beyond the realms of the earth and founded Space Exploration Technologies, also known as SpaceX, in 2002. The aim was to substantially reduce the cost of space flight and space exploration.

Such was its vision and determination that SpaceX thwarted all critics’ comments when Muck began developing the Dragon space capsule in 2004. It set out for its first voyage in 2010, becoming the first commercially built spacecraft to be successfully recovered from orbit.

Initially, neither Tesla nor SpaceX was doing well, and Musk was practically living on personal loans. Things started to turn around when, by December 2008, NASA tapped SpaceX to deliver certain requirements to the International Space Station. The company lapped up the USD 1.5 billion contract.

In a bid to reduce the cost of rockets and space flights, SpaceX started developing the Falcon 9. It is a powerful two-stage rocket known for its reusability and is a safe shuttle to deliver humans as well as payloads into outer space. This reusability factor enables the company to cut down on cost and reuse the most integral and expensive components.

According to Forbes, as of 28 June, SpaceX has a net worth of USD 125 billion after a round of funding in May 2022. Along with the electric vehicle brand, SpaceX is a major contributor to Elon Musk’s net worth.

Musk joined Twitter in 2009 and has had one of the most followed and colourful accounts on the social media platform ever since. With over 100 million followers, as of 28 June 2022, the world’s richest person also has a major global influence via the micro-blogging site.

This has also invited controversies a number of times. In 2018, he tweeted about considering taking Tesla private at USD 420 per share. This invited a lawsuit from the U.S. Securities and Exchange Commission (SEC), which accused him of making misleading comments. The Commission also ordered putting a committee in place to oversee all his communications. The case was settled and Musk paid a fine of USD 20 million. In June 2022, Elon Musk appealed a federal judge’s refusal to end the agreement between him and the SEC to oversee his tweets and posts.

In April 2022, he began eyeing Twitter. Twitter’s board agreed after much deliberations when Musk revealed a 9.1 percent stakeholding. The deal was settled and resulted in a USD 44 billion buyout. Musk hinted at completing the deal with a USD 21 billion equity portion by personally guaranteeing it. In the days leading up to the buyout, he also sold 9.6 million Tesla shares, which earned him about USD 8.5 billion.

“Twitter has extraordinary potential. I will unlock it,” he added.

If you have kept a track of the highly volatile cryptocurrency market, you would know how Musk’s tweet can shoot up the prices of digital currencies. Even the cryptocurrency space couldn’t escape from his radar.

Musk, who enjoys posting about his favourite memecoins also owns a Shiba Inu puppy. He once posted an image of his pet named Floki and captioned it ‘Floki Frunkpupy’, it sent the internet in a storm and the market cap of the dog-themed coin rose. He had also tweeted an image of a Shiba Inu dog and captioned, ‘Floki has arrived’ and the price of Floki-themed cryptocurrencies surged. Every time he posted anything about the dogs, the market cap of the namesake cryptocurrency would also fluctuate.

In 2021, he entered the crypto world by announcing that Tesla would accept Bitcoin as a mode of payment and raise the company’s treasury by USD 1.5 billion worth of cryptocurrency. Later, however, he changed his mind due to the environmental concerns posed by Bitcoin trading.

But in a shocking turn of events, he announced to sell all his worldly possessions and kept his word by selling four of his homes to a buyer in December 2020.

Other business and investments

Musk owes his humongous net worth to other business ventures and investments as well. In 2015, the Tesla boss co-founded OpenAI, a non-profit artificial intelligence research company to serve humanity. However, he stepped down from the board due to clashing interests with Tesla, which uses its own AI for self-driven cars.

Venturing into national infrastructure and roadways, Musk founded The Boring Company in 2016, which aims at building world-class tunnels for cities both on and underground to facilitate easy and smooth high-speed travel.

Another startup that the SpaceX CEO brought out of his hat is Neuralink Corp. It stretches the limits of merging the human brain with artificial technology. According to a Wall Street Journal report, “ Neuralink is pursuing what Mr Musk calls “neural lace” technology, implanting tiny brain electrodes that may one day upload and download thoughts.”

All these unique and strategic business ventures, which are defining the future, make up important portions of Elon Musk’s net worth.

Tesla Elon Musk Tesla model 3 SpaceX net worth Elon Musk net worth
Trinetra Paul
An ardent foodie, Trinetra seeks every opportunity of travelling and writing. Storytelling and slam poetry are her go-to jam. Her lazying around ideas includes binge watching and whipping up some snacks or searching the next place to visit.
Sign up for our newsletters to have the latest stories delivered straight to your inbox every week.

Tennis ace Serena Williams will retire after US Open 2022

Luxury homes to horses: Here are the most expensive things owned by Salman Khan