Home > Living > Samoyed to Tibetan Mastiff: 10 of the most expensive dog breeds in the world 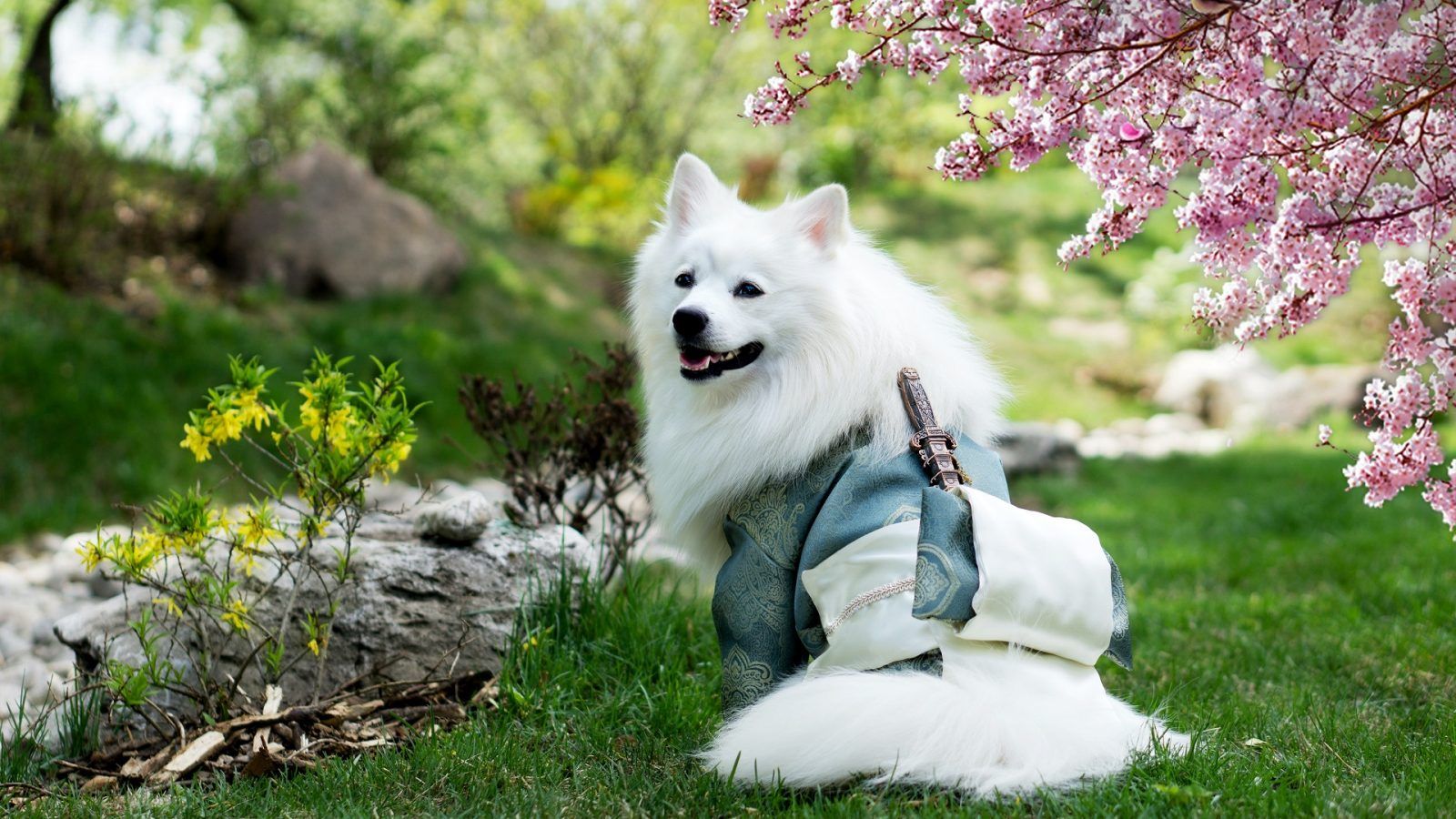 Samoyed to Tibetan Mastiff: 10 of the most expensive dog breeds in the world

Living
Samoyed to Tibetan Mastiff: 10 of the most expensive dog breeds in the world
Share this article
Next article

Having one of the most expensive dog breeds in the world as a pet can set one back by quite a sum. But for those who love dogs, it could amount to nothing compared to the joy and love these four-legged creatures bring into their lives.

Additionally, the unflinching loyalty and proven alertness of dogs cannot be expected of any other pet. This is the principal reason why, for centuries, several generations of humans across continents have had pooches as part of their families. Indeed, the relationship between humans and dogs is that of best friends.

How are dog prices determined?

There is no clear determinant of how a dog’s price is set. However, some dogs are certainly more popular than others. Everything begins with the dog breeds — whether or not they are recognised officially.

Similarly, countries such as the US, the UK and Australia have their own governing bodies for dog breed recognition and standards. These include the American Kennel Club (AKC), The Kennel Club (KC) of UK, and Australian National Kennel Council (ANKC).

As of 2022, the FCI has recognised 355 breeds around the world. Recognised breeds have an edge over all others. While the price is also determined by the appearance, friendliness and health of the dogs, the breeder’s ethical standards are taken into consideration as well. Additionally, a breed’s rarity and popularity as a pedigree adds to its value.

Culture
According to science, these are the 10 cutest dog breeds

The bloodline plays another major role in distinguishing the most expensive dog breeds from others. For instance, a puppy recognised as a member of an AKC Champion Bloodline (dogs that have won an AKC-recognised championship) generally commands a higher price than a puppy which comes from a non-champion bloodline.

Yet, it is noteworthy that the price of a dog can sometimes be easily above the average price of the breed’s champion bloodlines.

Blessed with a thick, white, double-layered coat, this medium-sized Siberian breed with a life expectancy of around 12-14 years. The males of the breed weigh anywhere between 22-30 kg and stand approximately 59 cm at the shoulder. Females weigh slightly less, 15-22 kilograms, and are about 53 cm in height.

Due to their thick coats, Samoyeds require a lot of grooming. Their luscious mane needs to be brushed every week. Even though a generally healthy breed, it is important to get them periodically checked for medical conditions, especially hip dysplasia, cardiac conditions and eye disorder.

The name of the breed translates to “little lion” in German due to their resemblance to the mighty animal.

Löwchens are small dogs; they stand just around 35 cm in height and weigh around 6 kg. Yet, they are energetic and very protective of their family.

This breed of dogs have a full mane and plumed tail. Thus, owners of Löwchens have to ensure regular grooming of their dogs. However, their wavy coat does not shed often. They can live up to 13-15 years and hardly have health issues.

Also known as British Bulldog, it is one of the world’s most famous and expensive dog breeds.

English Bulldogs have a stocky build, but their wrinkled face and pushed-in button nose make them look cute.

Standing at just about 38 cm, bulldogs weigh between 18-22 kg, depending on gender. They can live up to 10 years.

The breed exhibits close family ties and is quite protective and playful. They can be aggressive at times but can also display a greater degree of friendliness with strangers compared to some other powerful breeds.

English Bulldog prices can be way above the average. In 2015, American celebrity and entrepreneur Kylie Jenner and her then-boyfriend Tyga bought an English bulldog puppy. Jenner shared pictures and videos of the dog on Snapchat with the caption “50K,” leading to speculations that the puppy may have cost her USD 50,000.

The ears of the French Bulldogs easily distinguish them from their English cousins. Upright and shaped like bat ears, the dog gets its unique feature after being cross-bred between English Bulldogs and French dogs such as Terriers and Pugs.

These dogs weigh approximately 12 kg and can be about 33 cm tall. French Bulldogs can live up to 13 years.

Popularly known as Frenchie, they are one of the most expensive dog breeds in the world due to their immense popularity and low maintenance.

They gained instant fame in Parisian high society and art, and have since maintained their standing. They were only behind first-placed Labrador Retrievers in AKC’s 2021 Most Popular Dog Breed list.

French Bulldogs do not need frequent grooming and are more adaptable to family and strangers than English Bulldogs.

The Afghan Hound is approximately 68 cm tall and weighs between 20-27 kg. It hails from a breed of sighthounds of Afghan origin. Distinguished by its long and silky coat, it requires daily brushing.

An Afghan Hound also needs periodic medical attention particularly for abdominal issues, as they naturally have low stores of body fat. With good care, it can live between 12 and 18 years.

Remember Hachi: A Dog’s Tale? This cute breed of Japanese lineage owned our hearts in the 2009 drama film.

Akitas are legendary for their loyalty to the master. However, they are neither friendly towards strangers nor to other dogs. Akitas are of muscular build and love being active, which is why they make exceedingly capable watchdogs.

Males of the breed can weigh approximately 59 kg, while females can go up to a maximum of 45 kg. Similarly, male dogs can stand slightly taller than the females and can have a maximum height of 71 cm.

The life expectancy of an Akita is between 10 and 14 years.

With a height of about 81 cm for males, the Irish Wolfhound is one of the tallest dog breeds in the world. They have a rough and tough coat but appear in beautiful shades of white, grey, fawn, red, black and brindle.

Capable of great speeds, the Irish Wolfhound was once famous for easily outclassing a wolf in combat and could pull down men from horses. Today, the breed has become friendly with humans as well as other dogs. Yet, their instincts are as vigilant as they were in the past.

Like all large dog breeds, Irish Wolfhounds have a short life expectancy. As such, they can live only up to a maximum of eight years and can be affected by abdominal problems. They can weigh anywhere between 47-54 kg, depending on gender.

One of the most expensive dog breeds in the world, the Cavalier King Charles Spaniel is one of the friendliest dogs. They are equally trustworthy and can be very easygoing with children and strangers. The dogs also gel well with other pooches, which makes them ideal for families who have a brood of dogs. However, due to their amiable temperament, they do not make great watchdogs.

The Cavalier King Charles Spaniel can be easily identified by its medium-length, wavy and silky coat, which can be in tones of ruby, black and white, black and tan, and Blenheim (white and chestnut). Its coat does not frequently shed and may not require grooming every week.

The small dogs, which originated in the UK, can be about 33 cm in height at the shoulder and weigh around 5-8 kg. They have a lifespan of 12-15 years if the many health issues the breed is prone to are taken care of.

The Pharaoh Hound is one of the rarest dog breeds in the world. Bred only on the island of Malta, the dog gets its name from its depiction in ancient Egyptian art and its documented existence since antiquity. As such, it is also considered one of the oldest dog breeds.

Pharaoh Hounds have a calm and friendly temperament. They have a short, smooth coat. Although they don’t need too much grooming, they do shed their hair to some degree. Usually, the dogs are around 63 cm tall at the shoulder and weigh approximately 20-24 kg.

These dogs can be affected by common types of cancer that other dog breeds, too, might fall sick with. However, the Egyptian Pharaoh Hound is relatively healthier than most species.

Found in Tibet, China, Nepal and Indian Himalayas, the Tibetan Mastiff can easily surpass all the most expensive dog breeds in the world by a mile. Some puppies have even sold for millions.

In 2014, a golden-haired Tibetan Mastiff was bought by a Chinese businessman for USD 1.9 million. It remains the highest-ever price paid for a dog breed. Other Tibetan Mastiffs, too, have sold for high prices — one went for USD 1.5 million in 2011.

The breed is quite healthy and can live up to 12 years. Well acclimated to living in high altitudes in tough terrains, the Tibetan Mastiff is seen as one of the most powerful dogs in the world.

Measuring about 71 cm at the shoulder and weighing around 78 kg, a Tibetan Mastiff appears like a lion in its thick and dense coat.

Though very loyal to their family, they are not friendly with strangers.

Pets Dogs Tibetan Mastiff Bulldog American Kennel Club
You might also like ...
Man stretching and yawning in bed
SUGAR Stroke Of Genius Heavy Duty Kohl
Manas Sen Gupta
Manas enjoys reading detective fiction and writing about anything that interests him. When not doing either of the two, he checks Instagram for the latest posts by travellers. Winter is his favourite season and he can happily eat a bowl of noodles any time of the day.
Travel Culture Entertainment Food
Sign up for our newsletters to have the latest stories delivered straight to your inbox every week.

These are the best home remedies to relieve heartburn