Home > Your Money > Legitimate platforms where you can trade in cryptocurrency, including Bitcoin 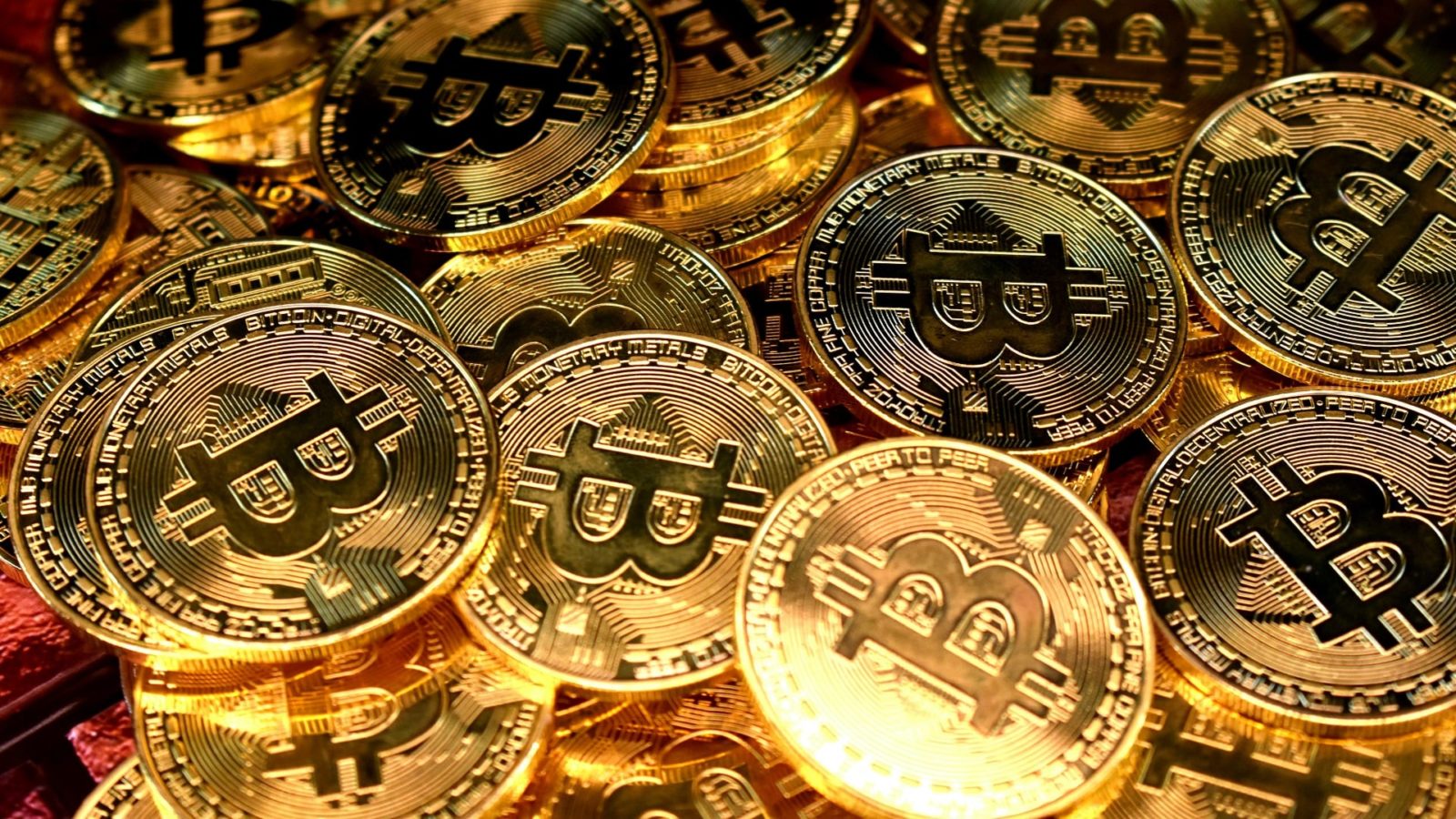 Your Money
Legitimate platforms where you can trade in cryptocurrency, including Bitcoin
Share this article
Next article

We have discussed all about cryptocurrency and how to avoid getting scammed when investing in digital currency in two previous articles. Now that you have a fair idea about the basics, let’s take a look at the pros and cons of some of the best platforms for investing in cryptocurrency.

Cryptocurrencies are traded in exchanges. There are numerous platforms where you can buy and sell digital currency. However, each is different from the other in terms of the number of currencies traded, security, fees and ease of trading and several other minute financial details.

Trading in crypto is increasingly becoming more mainstream. On 20 October 2021, Bitcoin went past USD 66,000 — a new record for the world’s largest cryptocurrency. The previous highest was USD 64,899 which was set in mid-April. It should be noted that the surge came a day after the debut of a bitcoin futures exchange-traded fund (ETF) on the New York Stock Exchange (NYSE).

While all sites listed here have a standing, one must remember the following points: the cryptocurrency market is highly volatile; even the most secure platform can get hacked; local government regulations can negatively impact an exchange.

Binance is the world’s largest cryptocurrency exchange in terms of trade volume. Transaction time is relatively faster than many other exchanges — in fact, more than 1,400,000 transactions take place on Binance per second. With its presence in more than 180 countries and regions, it has over 10 million community members.

Binance also has a US version known as Binance.us, with limited coins for trading. It has a decentralised official wallet — Trust Wallet — which lets users store and securely exchange their coins.

Binance was founded in 2017 by Changpeng Zhao. On the occasion of the fourth anniversary of the exchange in July 2021, Zhao said that Binance Pay, which is a service that allows users to pay and get paid with crypto, has recorded US$13.5 million in transactions. Its visa debit card, called Binance Card, clocked over US$ 388 million in transactions. On Binance Marketplace, Zhao had said in the statement that it helps users buy listed products or services with cryptocurrency.

However, the company has landed in controversy in some countries.

In May 2021, Bloomberg reported that Binance Holdings Ltd. had come under the scanner by the US Justice Department and Internal Revenue Service (IRS), who sought information about its business from individuals who know about the company. In June, Britain’s financial regulator Financial Conduct Authority (FCA) prohibited Binance from conducting any “regulated activities” without “prior written consent” of the regulator. The following month, Italian financial regulator Consob said that Binance cannot provide investment services in the country.

Without mentioning the regulatory concerns around Binance, Zhao had said in his statement that the company is working to grow its international compliance team, expand partnerships as well as localise operations and business to adhere to local regulations.

Another popular platforms to invest in cryptocurrency is Coinbase. So far, it has managed to steer clear of any controversy. Security is one of its strongest points, as sensitive data is not connected to the internet; it is encrypted and copied to highly secure USB drives and paper backups, which are then secured in safe deposit boxes and vaults around the world.

Coinbase is supported in over 100 countries and commands a user base of more than 56 million verified users. The interface is simple and easy enough for beginners to enter the world of crypto trading. Prices of all cryptocurrencies are listed like those of stocks at the stock exchange, covering everything — from market capital to supply and from the current price to percentage change in the last 24 hours. Though the trading fee is high, experienced users can opt for the free Coinbase Pro version which offers a lower fee structure.

One of the oldest running exchanges, Kraken is also among the two that are more secure than all others, as per exchange security reviewer CER. It has never had any hacking incidents over the 10 years of its existence. The ironclad level of security is backed by facilities such as loaning coins for rewards and margin trading, and investment type available to high-net-worth investors in the US. There are more than 60 coins to trade on Kraken, including Dogecoin.

When it comes to user experience, although there are no entry barriers, the platform, according to Forbes, offers a considerable amount of information for beginners that may not be sufficient. It also has little to nothing in terms of customer or tax support.

KuCoin, which describes itself as “the people’s exchange”, was launched in 2017. The following year, it received US$ 20 million in Round A funding from Matrix Partners and IDG Capital — the latter being an early investor in successful Chinese companies such as Tencent, Xiaomi Corporation and iQiyi, besides other crypto exchanges such as Coinbase.

KuCoin is known for its 24/7 customer service, which is of value to those who are new to cryptocurrency trading. Its local communities, numbering around 20, in North America, Southeast Asia, Europe and other markets helps KuCoin deliver localised services. It also provides multiple trading options to its 8 million users; these include margin trading, spot trading, staking and trading bot. The platform offers over 300 cryptocurrencies for trade, which is among the highest by any exchange.

With over 600 types of cryptocurrencies on its platform, Gate.io gives users a market like no other. This means that advanced users can trade in altcoins (digital coins other than Bitcoin) that are not very common. There are no deposit fees and the charges for withdrawal and trading are low.

Moreover, users can make instant deposits and withdrawals of cryptocurrencies at Gate. The exchange is also fairly secure and provides offline Bitcoin wallets. Though the official site simply offers a lot of information with the aid of tools such as graphics, the complexity of the interface makes it a bit difficult for beginners to use the platform. However, signing up is easy.

The American company is known for its high-level security. It is a licensed New York trust company, which is regulated by the New York State Department of Financial Services. Thus, it is subject to several finance-related compliances under the law.

Gemini is also the first cryptocurrency exchange and custodian to become SOC 1 Type 2 and SOC 2 Type 2 compliant. Additionally, all the cryptocurrencies listed on Gemini are insured. Other than the US, it also has users from several countries in Europe, Asia, South America, Africa and Oceania.

As one of the major platforms to invest in cryptocurrency, the exchange was launched in 2014 by Cameron (pictured, R) and Tyler Winklevoss (pictured, L), the twins who created ConnectU — an earlier avatar of Facebook. There are over 40 currencies and because of its user-friendly interface, beginners would find Gemini a perfect platform to venture into the world of crypto. A major drawback, however, is the complexity of the high fee structure.

Gemini has its unique currency known as the Gemini Dollar, which is backed by the US Dollar and can be used for certain trading purposes. Its Nifty Marketplace lets users buy and sell digital art and collectables. The exchange is set to launch Gemini Credit Card, which has no annual fee, rewards users in crypto, and charges up to 3 percent on purchases.

Founded in 2013 by Leon Lin (Li Lin), the company is listed on the Hong Kong Stock Exchange. Within a year, Huobi became the largest digital asset trading platform in the world with a growing trading volume of more than $20 billion and continues to be among the top exchanges (as of 20 July 2021). Since 2014, it has expanded beyond China and gained a regulatory foothold in countries and regions such as Japan, South Korea and Gibraltar.

Huobi aims to be more than just an exchange and is also a part of fields such as digital economy research to build a global ecosystem of the digital economy. In 2018, it acquired a 20 percent stake in Singapore-based consulting firm WXY, which specialises in providing services to blockchain projects. For traders, Huobi has over 350 crypto assets and is one of the most secure exchanges, and it provides secure Internet of Value (IoV) services to all its users in over 100 countries and regions.

Besides those listed above, you can also explore other platforms for investing in cryptocurrency. Among these are Bittrex, which offers over 350 digital currencies and is easy to use, and Bisq, where trading can be done without a KYC.

Irrespective of which exchange you choose, it is important to check for a few things, such as the level of security, the ease of interface and the structure of trading fees, before you start investing.