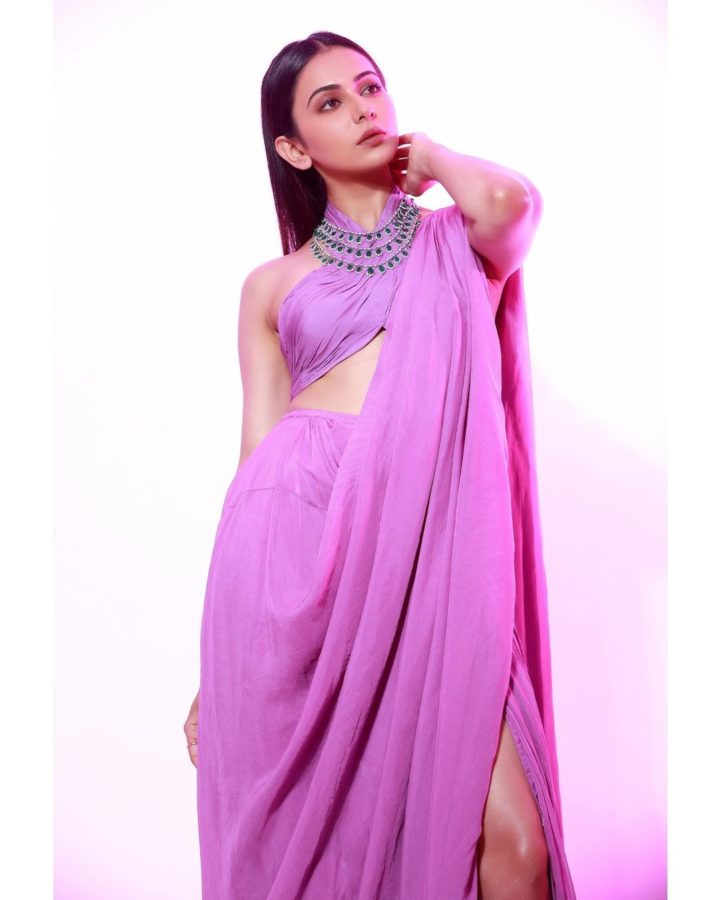 When it comes to the traditional Indian sari, it will be safe to say that over the decades it has proved to be one of the most versatile outfits. What makes it one-of-a-kind is not just its availability in numerous renditions. Think of a variety of decadent handlooms, colours, and embellishments. You won’t run out of options. Besides that, there is a whole spectrum of draping styles that one can experiment with. Needless to say, Indian couturiers have rolled out pre-stitched versions, but how about pairing your sari with a suit or with a wide corset belt?

Amit Aggarwal is one Indian designer who has seamlessly established a bridge between couture and sustainability. This crimson statement sari on Malaika proves that traditional drapes can be done away with to make way for pre-stitched versions that are not just flattering but comfortable too.

Just in case you want some inspiration on how to rock a pre-draped sari, this metallic statement drape by Rimzim Dadu can be a great point of reference. A version of this was also seen on Sonam Kapoor at Cannes.

A sari that can be slipped into like a dress? Yes, you can count on ace couturiers Shantanu and Nikhil for that. Encapsulating elements of resort wear, ethnic and couture, this number of influencer Juhi Godambe defines the Gen-Z approved version of a sari.

Pairing an interesting drape with trousers? Yes, it is very much a celeb-approved trend. From the runways of Jean Paul Gaultier to Bollywood’s red carpet, celebrities and their stylists have embraced the idea; this Limerick sari on Aastha Sharma is a winning look. It will be safe to say, one of the coolest sari draping styles embraced by celebs and influencers alike.

At times easy does it. We love this traditional drape on Samantha Akkineni by Raw Mango. Suited for wedding festivities, colour and the fall of this Raw Mango sari makes it one-of-a-kind.

Who better than India’s ace couturier Tarun Tahiliani to look up to in case you are hunting for pre-stitched sari. This black drape styled as a cocktail gown on Priyanka Chopra is everything we need. A statement bejewelled belt is an added plus.

Count on Shehla Khan for whipping up something interesting from the very basic of the drapes. We love this lavender-hued statement sari on Rakul Preet. From an engagement gathering to even a cocktail, this drape can knock out your usual cocktail gown ever so easily.

Ruffles are having a major moment. So not just in red carpet-worthy gowns by they have been included in the Indian sari vocabulary too. And when it is a classic Sabyasachi drape on Alia Bhatt, it makes for a winning look that’s not just versatile, but timeless.

Your guide to buying South Indian jewellery in Chennai