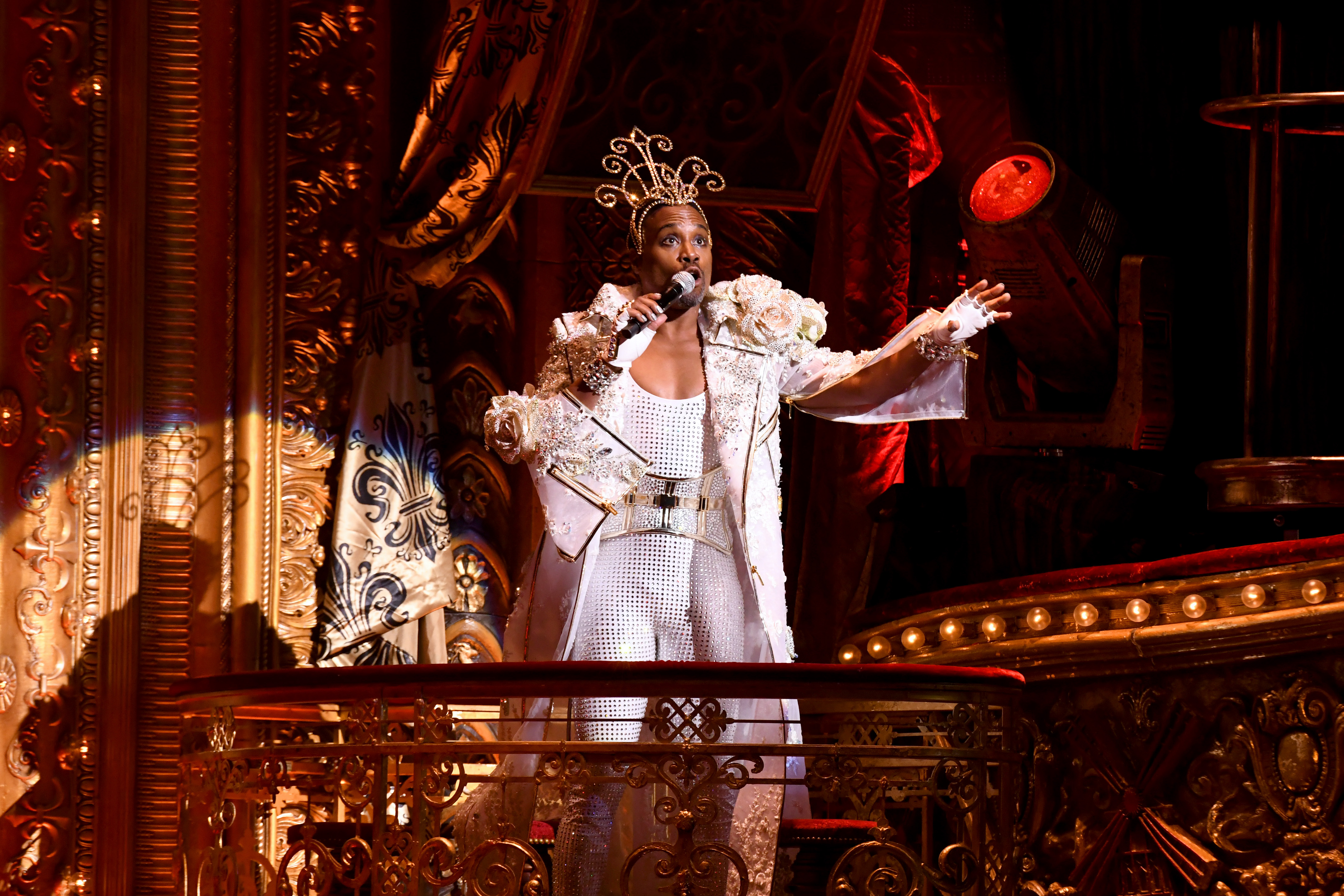 Gowns to sequinned jumpsuits: Billy Porter was the real red carpet rager of 2019

Style
Gowns to sequinned jumpsuits: Billy Porter was the real red carpet rager of 2019
Share this article
Next article

Who needs a script when you deliver a scene with just costumes? Billy Porter aces the art. One look at his winning red carpet moments of 2019 and you will agree. If you thought men on red carpets were all about tuxedos, Porter’s fashion trajectory might help impart some lessons on how to own a moment by slipping in a voluminous skirt, a floor-sweeping tulle gown or even in sky-high heels. At a time when fashion is warming up to the idea of inclusion in terms of gender and racial identities, Porter’s agenda is clear – men’s fashion need not be restrictive and anything shocking if adorned with confidence becomes coveted. Just in case if you have been following his fashion journey it will be safe to say that he has single-handedly infused the idea of gender-bender fashion with his unapologetic originality. Grand, glamorous and gutsy, he is the one to look up to. Even though it’s tough, we round up the best Billy Porter’s fashion moments from 2019

Porter delivered his finest sartorial moment at the Golden Globes 2019 red carpet in a custom Randi Rahm ensemble. Though the craftsmanship was visible in the hand-embroidered jacket, it was the dramatic cape and Porter’s effortlessness that stole the show. At the following season’s Oscars, Porter paid tribute to entertainer and LGBTQ advocate, Hector Xtravaganza. He roped in New York-based Christian Siriano to create a black velvet tuxedo which led on to a voluminous skirt instead of trousers and paired the look with Rick Owens shoes. Since every label is pushing to be sustainable, Porter used his star status to support one such environmentally friendly label at the 2019 Peabody Awards.

He was seen in a red beaded and embroidered Celestino Couture tulle gown with a dramatic train. Porter’s quest for sustainability continued at the Tony Awards too when he once again collaborated with Celestino to create a gender-fluid evening suit made with made from repurposed ‘Kinky Boots’ theatre curtains and studded with 30,000 Swarovski crystals. Looking back at the best Billy Porter’s fashion moments one can’t help but mention the Met Ball where he pulled a mini costume drama together.

He looped in The Blonds to create a look inspired by the ancient Egyptian pharaohs, resulting in a heavily sequinned bodysuit and wings spanning 10-feet wide, along with a gold headpiece. However, it was his entrance that elevated the dramatic quotient, he was carried on by 6 men on to the red carpet. Cruella de Vil became Porter’s inspiration for World Pride Festival in New York City. Designed once again by The Blonds his look comprised of a catsuit studded with 50,000 sparkling Preciosa crystals, long coat and a hat by Sarah Sokol Millinery.

Here are some of his best fashion moments from 2019.

celebrity fashion Red Carpet Fashion Billy Porter best foods for sleep
Anupam Dabral
Sr. Associate Editor
It was while studying fashion journalism at London College of Fashion that Anupam developed a keen interest in the anthropological aspect of the discipline; for him, fashion only makes sense when seen in the context of its environment. He is always on the hunt for great stories, and in his spare time binge-watches films/shows starring Whoopi Goldberg, Dawn French and Jennifer Saunders.
Fashion Jewellery Style

Victoria’s Secret replaces ‘Angels’ in a bid to rebrand itself

9 Indian labels that are upping the ante on sustainable fashion