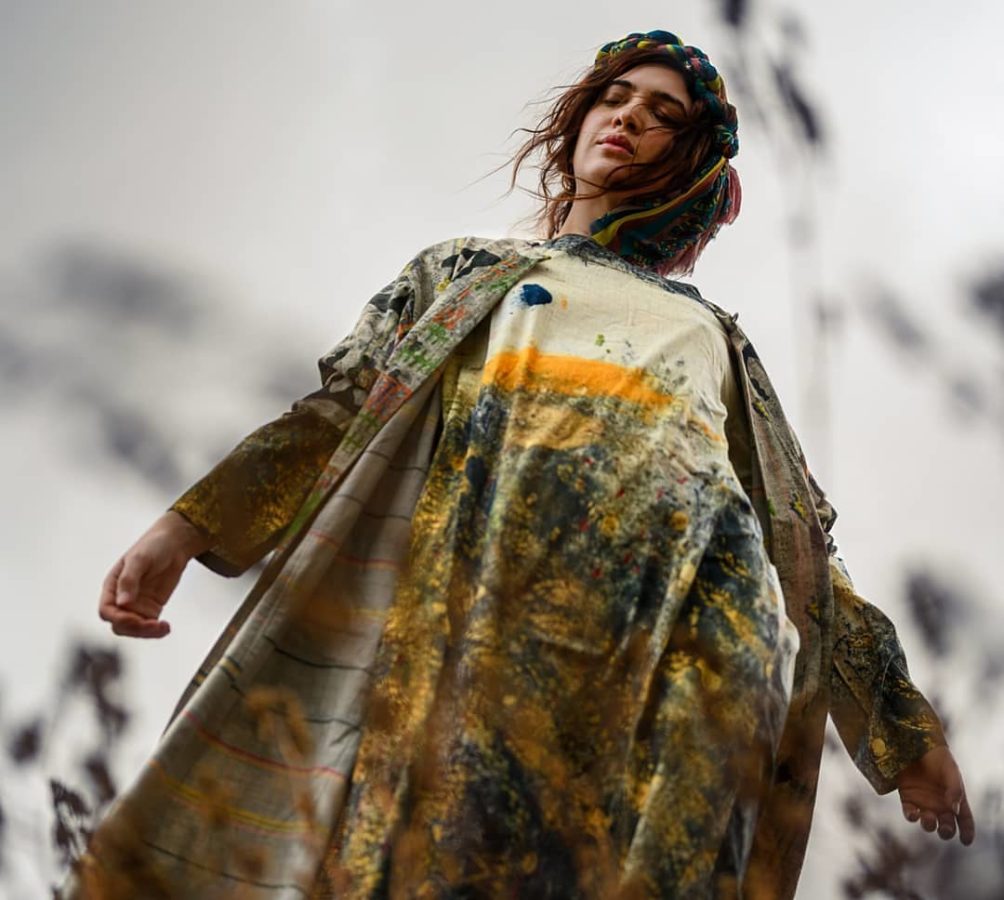 The 5 emerging labels taking Indian design to the next level

Planning a wardrobe overhaul this year? It’s time to ditch done-to-death pieces. We have found the coolest emerging Indian labels that are taking design interventions to a whole new level.

To give you a preview of what’s about to come. Think alternatives in silk and linen over formal jackets, statement parkas over boring bombers, and deconstructed shirts instead of a crisp button-downs. If you’re a discerning buyer,  there’s a lot to choose from.

Traditional notions of gender were never of much interest to Anvita Sharma, founder of Two Point Two. She decided to break the stereotype by infusing a gender-bender fashion revolution with something that sits at an intersection of both genders.

Two Point Two works with the ‘agender’ identity that features characters from both the binaries or maybe none. The idea was to create pieces that become a perfect fit for both men and women. Think oversized shirts, belted jumpsuits, oversized parkas with exaggerated sleeves, and upgraded track paints with embroideries. Sharma, who is already a favourite among Bollywood’s fashion fixtures such as Vicky Kaushal, Anushka Sharma, Huma Qureshi, recently made her London Fashion Week AW’20 debut.

Remember Diana Penty’s silver dress from Cannes?  Yes, since then Graine, a label by sisters Harshna Kandhari and Mannat Sethi, has been touted as the next big thing on the emerging Indian label list.

Known for their sustainable materials such as re-purposed rubber tyres along with the traditional Indian embroideries like bakhiya stitch and mukaish work, Graine is all about urbane sophistication. Just in case you want to pick up their breezy robes, quirky tunics, sharp suits, and a spectrum of dresses, Graine’s offerings are available at their flagship store at The Santushti Complex in Delhi. They were also a part of Lakme Fashion Week’s SR 2020 Gen Next programme.

The traditional jhola dress has been reimagined in a number of ways, so is the tie-dye work featuring on her oversized shirts and crinkled skirts. Agarwal’s penchant for handwork stands out via her hand-painting techniques to create impressionist details. Be it their printed saris, blazers, robes or cropped shirts, if you are into a mish-mash of prints, embroideries, and patterns, this is your brand.

Thoughtful design and utility seem to be the focus of Niharika Gupta’s label NOTEBOOK. Founded in 2018, the label has become synonymous with urban womenswear.

Be it sleek shirt dresses in cotton and silk, belted jumpsuits, shirts or asymmetric hems, everything seems to be inspired by the simplicity of school uniforms. Their collection is stocked at reputed spaces such as Ensemble in Delhi, Bombaim in Kolkata, and Aza Fashions for all discerning women who are looking for a fuss-free fashion. The label counts the likes of Sonam Kapoor Ahuja and Kalki Koechlin as fans.

There aren’t many fashion designers who have reimagined Kashmir through their sartorial frame. Raffughar’s Wajahat Rather, however, is an exception. Hailing from a village close to Anantnag in Kashmir, Rather wanted to move beyond the traditional Kashmiri embroideries and reimagine the socio-political turmoil of his region. His label is based on the theme of healing.

Taking cues from the famous darners of Kashmir, who used to heal (mend) old fabrics and ensure their upkeep. Rather has created a label that incorporates the same emotion in his clothing and builds a strong connect with culture and design. Think minimal shirt dresses, luxurious white tunics in cotton and silk created by the weavers of Chanderi. This summer collection is perfect for those who embrace simplicity. It is available at Good Earth, Vayu, and Bikaner House in Delhi, among other top retail spaces in the country.

Fashion Indian Designers Indian Fashion Indian fashion labels Cool new designers
Anupam Dabral
Sr. Associate Editor
It was while studying fashion journalism at London College of Fashion that Anupam developed a keen interest in the anthropological aspect of the discipline; for him, fashion only makes sense when seen in the context of its environment. He is always on the hunt for great stories, and in his spare time binge-watches films/shows starring Whoopi Goldberg, Dawn French and Jennifer Saunders.
Fashion Jewellery Style