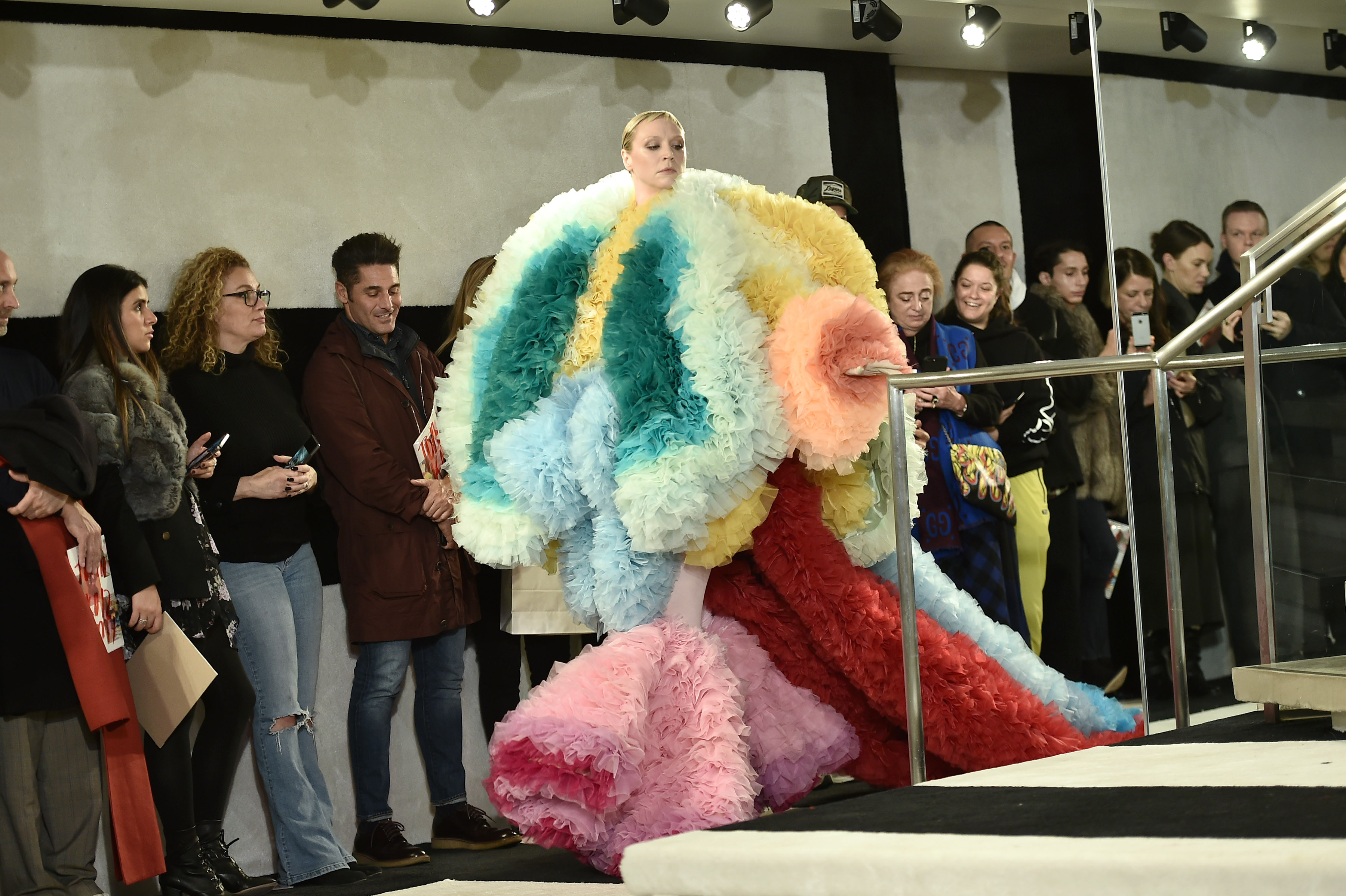 Inclusivity in all its forms seemed to define 2019. From a few  Indian faces making their mark on international runways to fashion weeks across the globe embracing different identities in terms of race and gender, this year saw a palpable shift in the way fashion is perceived. While there were some red carpet stars who stole the show,  a few designers exhibited an unwavering commitment to their craft right away in their debut runway shows. From Bottega Veneta’s Daniel Lee, Indian models Naomi Janumala & Pratik Shetty to New York Fashion Week’s first transgender designer participant Pierre Davis here are some of the breakout fashion stars of 2019 you should know about.

Even though Norway-born, Jeenu Mahadevan started his career way back in 2017, he did not find it easy to make his presence felt.  However gradually, Mahadevan, who has a Srilankan parentage gained fame and attention from the likes of Paolo Roversi and John Rankin. 2019 saw him walk for brands such as Prabal Gurung, Dolce & Gabbana, Zegna, Hugo Boss, and Ferragamo. That’s not all, he even bagged campaigns for Polo Ralph Lauren and Dolce & Gabbana eyewear this year. Fashion portal Business Of Fashion included him in their prestigious BOF500 list and Models.com ranks Mahadevan among its Hot List of male models to watch out for.

Japanese designer Tomo Koizumi gained instant fame after his show at New York Fashion Week AW’19 show. Koizumi who is not new to the business was already working with Lady Gaga in 2016 during her Tokyo tour. After being discovered by stylist Katie Grand on Instagram, he was routed to New York and showcased his first collection at Marc Jacobs Madison Avenue store. Besides supermodels such as Bella Hadid and Emily Ratajkowski walking for him at his debut show in New York, it was Game Of Thrones star Gwendoline Christie sauntering down the staircase in a massive Koizumi creation which set the internet ablaze. Known for his voluminous creations made in layers of organza, Koizumi’s signature lies in drama. After showing for two seasons at NYFW, he routed way back to his home and showcased at Tokyo Fashion Week.

Daniel Lee’s runway debut for Bottega Venetta was one of the most anticipated shows of the fashion season this year. After Tomas Maier, Lee had big shoes to fill but his minimalistic designs with an undertone of urbane sophistication helped him gain rave reviews. Having worked for labels such as Balenciaga, Martin Margiela, he joined Céline to work with Phoebe Philo. In a short span of time, Lee has managed to carve out a new discerning clientele at Bottega and was responsible for three successful products – the Arco bag, the pouch and the padded sandals and has been rewarded the designer of the year at The British Fashion Awards.

The 19-year-old, Mumbai-born model catapulted to global fame after being a part of Rihanna’s Fenty campaign. Represented by Anima Creatives, Janumala has an illustrious resume with brands such as Alexander Wang, Adidas, H&M, Nike x Nordstrom, Levi’s, American Eagle, Opening Ceremony x Disney in her pocket. Her Fenty gig came to her through New Madison, her representative Paris based agency. Besides this Janumala has a Bollywood connect too, she is comedian Johnny Lever’s niece.

💄CHANEL BEAUTY💄 -I find I don’t cry anymore when things are sad, but isn’t it interesting when we shed tears in moments of triumph. This was one of those triumphant cry moments for me. My whole life has been a fight. From being bullied at school consistently, kids threatening to kill me and going into graphic detail how they were going to do it, my own father beating me and calling me a fagot, to receiving industry blowback after speaking publicly about being sexually assaulted on the job… This was a victory that made all of that shit worth it. I had walked 2 shows for Chanel while I was living in stealth ( stealth meaning I hadn’t made my trans identity public yet) and when I came out I knew I’d stop working with some brands, I thought I’d never work with the iconic house of Chanel ever again. But here I am in Chanel Beauty Advertising. I am the first openly trans person to work for the house of Chanel, and I am deeply humbled and proud to represent my community. The world will kick you down, spit on you, and tell you you’re worthless. It’s your job to have the strength to stand up and push on, to keep fighting, Because if you give up then you will never experience the tears of triumph. Thank you to everyone who made this dream a reality! @nicolaskantor @shazmakeup @sebastienrichard1 @casadevallbelen

Discovered by Louis Vuitton’s Nicolas Ghesquière, Teddy Quinlivan created history by becoming the first transgender model to front a Chanel beauty campaign. She came out in 2017 and since then has been consistently been walking for some of the most prestigious labels in Milan and Paris. Los Angeles based No Sesso, a label by Pierre Davis became the first fashion house led by a transgender designer to participate in New York Fashion Week this year. The brand already commands a loyal following from stars such as Billy Porter and singer Erykah Badu. The fact that Davis is the first transgender designer to showcase in more than 7 decades of New York Fashion Week’s history points towards a welcome wave of inclusivity.

She is just 18 and has already received 6 Grammy nominations among a number of other prestigious music industry honors. Yes, her resume boasts of several milestones already but her style doesn’t lag behind either. From adorning head-to-toe Gucci, a straight-of-the-runway Burberry crystal hood, parkas by Prada, to Chanel tracksuits, Eilish did not miss a chance of making a sartorial statement. But that’s not all, she has also topped the list of Google’s top trending searches for celebrity style in 2019. 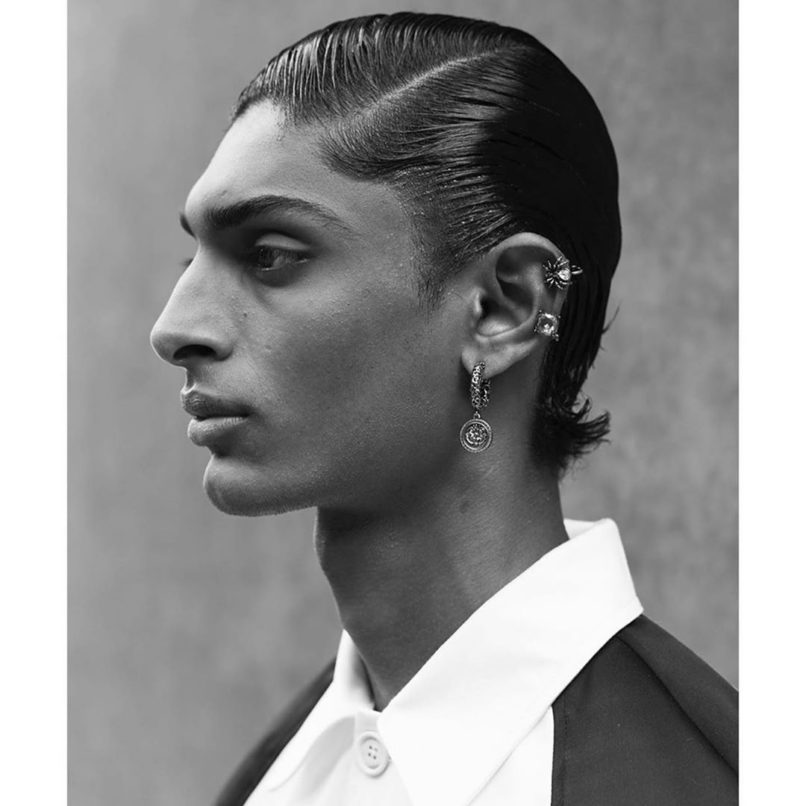 Originally hailing from Mumbai had an eventful 2019. Represented by Anima Creative Management, Shetty made his international debut at  Men’s Fashion Week S/S 2020 for labels such as Raf Simmons, Fendi, and Lanvin. Besides that, he has also bagged Alexander McQueen’s SS 2020 campaign. Now that’s a great start.

Luxury runway shows Indian Fashion daniel lee indian influencers best Indian luxury bloggers Bobbi Brown lip tint
Anupam Dabral
Sr. Associate Editor
It was while studying fashion journalism at London College of Fashion that Anupam developed a keen interest in the anthropological aspect of the discipline; for him, fashion only makes sense when seen in the context of its environment. He is always on the hunt for great stories, and in his spare time binge-watches films/shows starring Whoopi Goldberg, Dawn French and Jennifer Saunders.
Fashion Jewellery Style