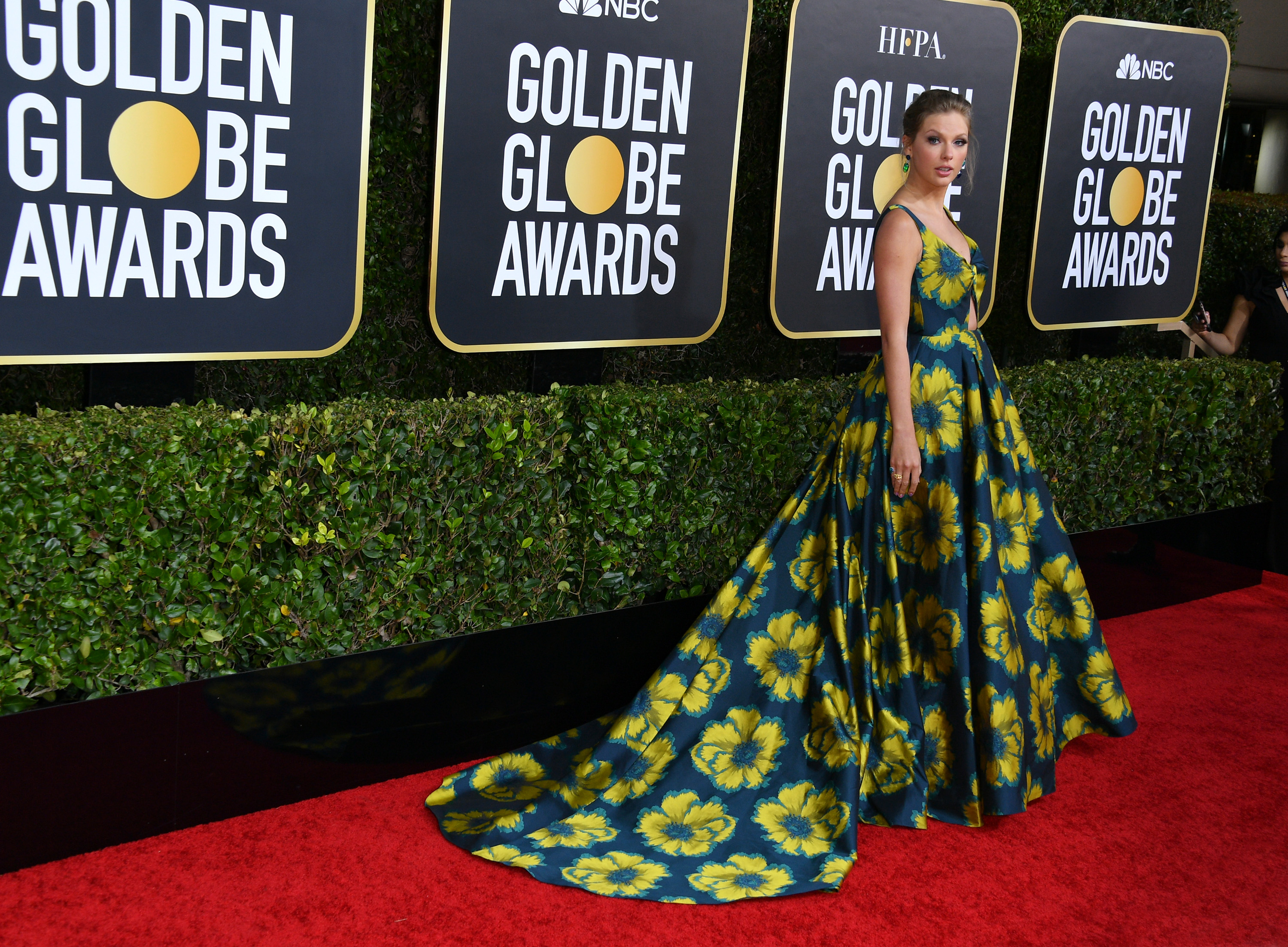 From Priyanka Chopra to Nicole Kidman, the best of Golden Globes 2020 red carpet

Style
From Priyanka Chopra to Nicole Kidman, the best of Golden Globes 2020 red carpet
Share this article
Next article

Under sunny skies, the best and brightest of film and television gathered at the Beverly Hilton in their finest for the Golden Globes 2020, hosted by British comedian Ricky Gervais. Here is a look at some of the trends we spotted on the red carpet:

Tinseltown’s A-list wants to make a good impression on the first major Hollywood fashion event of the year that is the Golden Globes red carpet and how better to do that than in classic black and white, a fashion staple. Style icon Billy Porter, a nominee for best actor in a TV drama for his work on ‘Pose’, wowed fans in an all-white Alex Vinash tuxedo with a coat featuring a giant feather train — that zips off, he explained to E! television. Nominated actress Joey King (‘The Act’) created a daring carpet moment in a sculptural black and white Iris van Herpen dress with a mind-boggling wavy detail and bare shoulders.

Actress-filmmaker Greta Gerwig — whose ‘Little Women’ was in contention but who was notably snubbed in the best director category — turned heads in a black Proenza Schouler dress with a notable side slit and a white off the shoulder neckline. Nominee Cynthia Erivo (‘Harriet’) rocked a similar look — a custom Thom Browne number with flowers embroidered in the inner lining of her dress. And Awkwafina, who took home the award for best comedy film actress for her starring role in ‘The Farewell’, sported a sleek Dior tuxedo with a ruffled collar blouse and a long ball skirt.

The stars hit the Golden Globes red carpet in the middle of the afternoon in Los Angeles, but midnight blue was all the rage. Ana de Armas, a nominee for best comedy actress for the murder mystery ‘Knives Out’, said she was “a little bit of a mess” at her first Globes but looked like a million bucks in a glittering, strapless Ralph & Russo gown with a full skirt. Beanie Feldstein, a nominee in the same category for ‘Booksmart’, beamed in her strapless blue Oscar de la Renta gown and matching headband.

A red dress is the stuff of Hollywood legends, and some of Hollywood’s biggest stars delivered the best of fashion at the Golden Globes red carpet. Nicole Kidman, who stars in the Fox News harassment scandal flick ‘Bombshell’ as Gretchen Carlson, went strapless — a big trend on the night — in a crimson Versace gown with a train and strappy stilettos. Scarlett Johansson, who starred in the searing Netflix divorce drama ‘Marriage Story’, upped the va-va-voom factor in a plunging strapless Vera Wang gown in a hue that matched her name. And Olivia Colman, a winner on Sunday for her turn as Queen Elizabeth II in Netflix’s ‘The Crown’, opted for a red Emilia Wickstead gown with dramatic puff sleeves and an Empire waist.

Charlize Theron, who plays journalist Megyn Kelly in ‘Bombshell’, looked stunning in an off-the-shoulder vibrant green Dior gown with a black corset bodice. ‘Killing Eve’ star Jodie Comer channeled her eccentric assassin character Villanelle in a full emerald green gown with puff sleeves and a canary yellow clutch. ‘Beautiful Ghosts’ singer Taylor Swift and huge floral gown took over the red carpet. The star who is nominated for Best Original Song, went minimal with her accessories and let the print speak for itself.

Jennifer Lopez is 50 and fabulous, and has earned lots of praise for her Globe-nominated performance as a veteran stripper with a plan in Hustlers’. Her red carpet moments are sometimes the stuff of legend, like her iconic green Versace dress at the 2000 Grammys. But on Sunday, her Valentino look — topped with a giant green and gold bow — was… less than universally loved. “Jennifer Lopez has come as a giant present. I thought we were past that,” New York Times fashion critic Vanessa Friedman tweeted.

Style icon Priyanka Chopra dazzled the red carpet in a stunning off-shoulder pink gown by Cristina Ottaviano and a statement necklace. The plunging neckline turned quite a few heads at the event which she attended with her better half Nick Jonas. Comedienne Tiffany Haddish was seen in a pop-pink Galia Lahav gown.