Home > Style > Fashion > Style Statements: A roundup of everything new in fashion this week 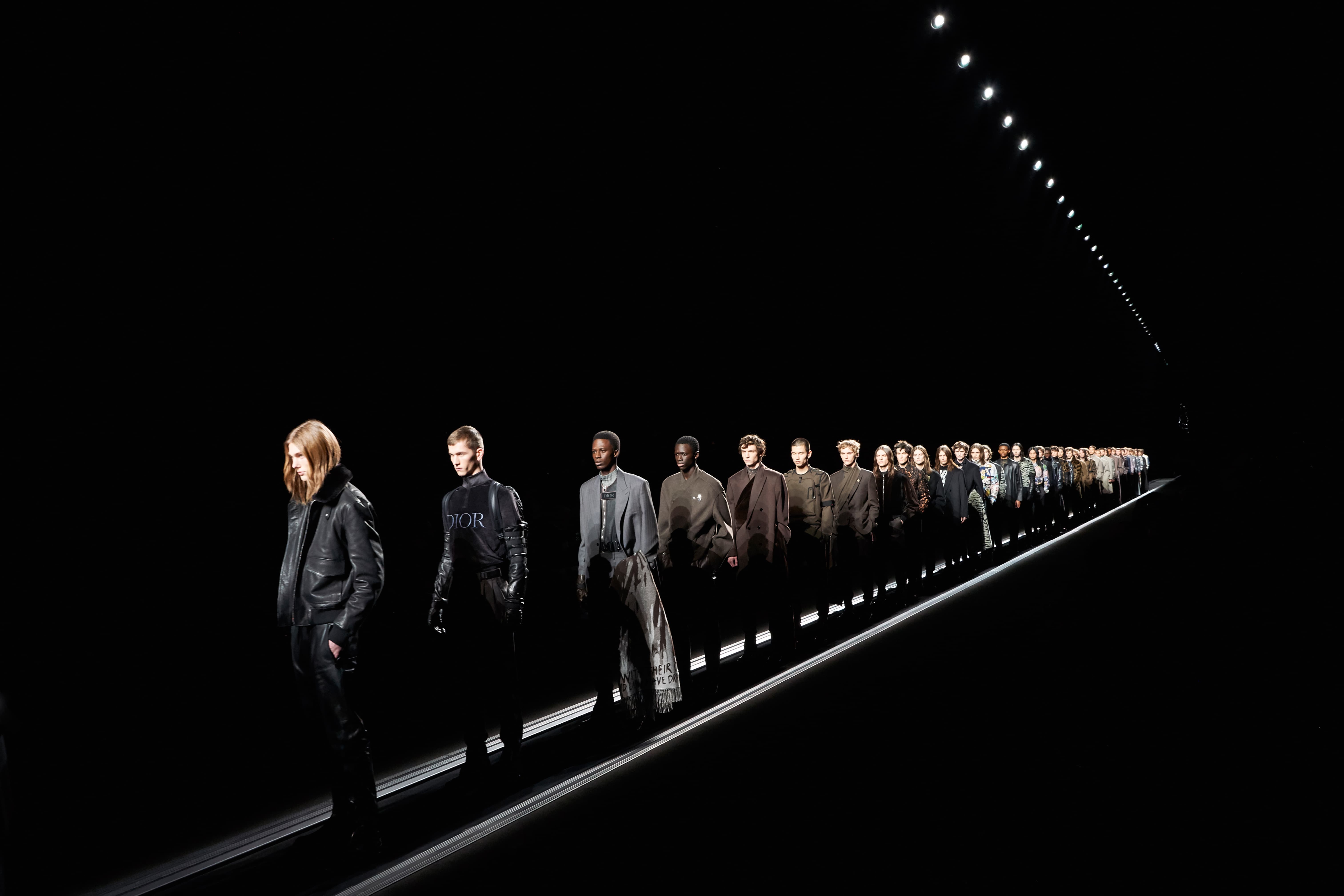 Style Statements: A roundup of everything new in fashion this week

Style
Style Statements: A roundup of everything new in fashion this week
Share this article
Next article

While the week was packed with some of the luxury big wigs showcasing their menswear collections in Milan and Paris, there was also a flurry of Spring Summer campaigns by labels such as Longchamp, Kate Spade and Salvatore Ferragamo. Here is a complete lowdown what you might have missed this week.

Longchamp paid tribute to the style icons of 70’s such as Veruschka and Anita Pallenberg in its latest campaign featuring supermodel Kendall Jenner. Photographed by Mikael Jansson, the campaign captures the energy and freedom that are fundamental to the active Longchamp woman. Jenner who is endorsing the brand for the second season can be seen wearing collection’s sheer animal prints, ikat motif, fringed suede jackets and gladiator sandals in a series of single and double-page spreads treated in the spirit of a fashion editorial. However, there is another star in the campaign; the Amazone bag in padded red leather, which Kendall wears cross-body on a leopard-print shoulder strap.

When it comes to defying conventions and redefining cool in footwear, Nike takes lead. It recently launched it’s new Nike Air Max Dia as a part of four-female footwear collective. The design of the women’s exclusive silhouette concentrated first on creating a tapered toe-box, resulting in a shoe with a beautiful proportion — a nod to both craft and utility. A deconstructed translucent Nexkin upper, low collar and big lift combine to complete the modern look

Street style maverick Virgil Abloh presented his second collection for Louis Vuitton menswear. This time, it was a tribute to music icon Michael Jackson. The show staged at Tuileries garden, saw sets resembling a Manhattan street corner at nighttime, reminding us of the set of Jackson’s “Billie Jean” video. Abloh, remaining loyal to his street-inspired aesthetic rolled out double jackets and trench coats in soft tones, fluid wide pants, bombers, pieces printed with army prints, shirts and pyjama suits. To top it all, there were sleeveless puffer jackets and matching keep-all bags. He furthered the conversation of inclusivity by infusing some gender fluid silhouette as well, case in point? A crinkled skirt with a mohair sweater.

Ferragamo’s latest campaign beautifully captures the idea of a family. Titled as ‘Patchwork of Characters’ is shot in the lushly cultivated gardens of a privately-owned villa close to Rome, in the Tuscia Region, under the creative directorship of Paul Andrew, and photographed by Harley Weir. The featured cast in the campaign includes models such s Carolyn Murphy, Georgina Grenville and Binx Walton. They can all be seen a refreshing assortment of pieces created by Paul Andrew and Guillaume Meilland for Salvatore Ferragamo. The highlights include the new Gancini monogram on jacquards and silks, as well as the Gancini hardware on shoes, eyewear and belts.

Kate Spade’s Spring 2019 campaign is all about optimistic feminity

In case you are on a lookout something fresh for the coming spring, maybe Kate Spade has some answers. “Empowered confidence with an easy, sunny sensibility” that’s how Creative Director for Kate Spade Nicola Glass describes the latest campaign. The three new faces featured in the campaign are actresses Julia Garner (“Ozark”), Sadie Sink (“Stranger Things”) and Kiki Layne (“If Beale Street Could Talk”).

It was not the runway, but on a moving conveyer belt where Kim Jones rolled out his anticipated menswear collection for Dior. Jones who has collaborated with some iconic names from the field of art in the past, this time roped in U.S. artist Raymond Pettibon. From hand embroidered Pettibon’s owl designs on a vest and button-down shirts, signature Dior suits, animal-print mink tops, winter stoles incorporated as a part of jackets and formal coats to leather pants, knitwear turtlenecks and elbow length biker gloves, Jones once again created an assortment of reference hinting at Dior’s glorious past.

Virgil Abloh Weekly updates Dior Fall 2019 LV Fall 2019 Nike Air Max Dia Kate Spade Spring Summer 2019
Anupam Dabral
Sr. Associate Editor
It was while studying fashion journalism at London College of Fashion that Anupam developed a keen interest in the anthropological aspect of the discipline; for him, fashion only makes sense when seen in the context of its environment. He is always on the hunt for great stories, and in his spare time binge-watches films/shows starring Whoopi Goldberg, Dawn French and Jennifer Saunders.
Fashion Jewellery Style
Sign up for our newsletters to have the latest stories delivered straight to your inbox every week.