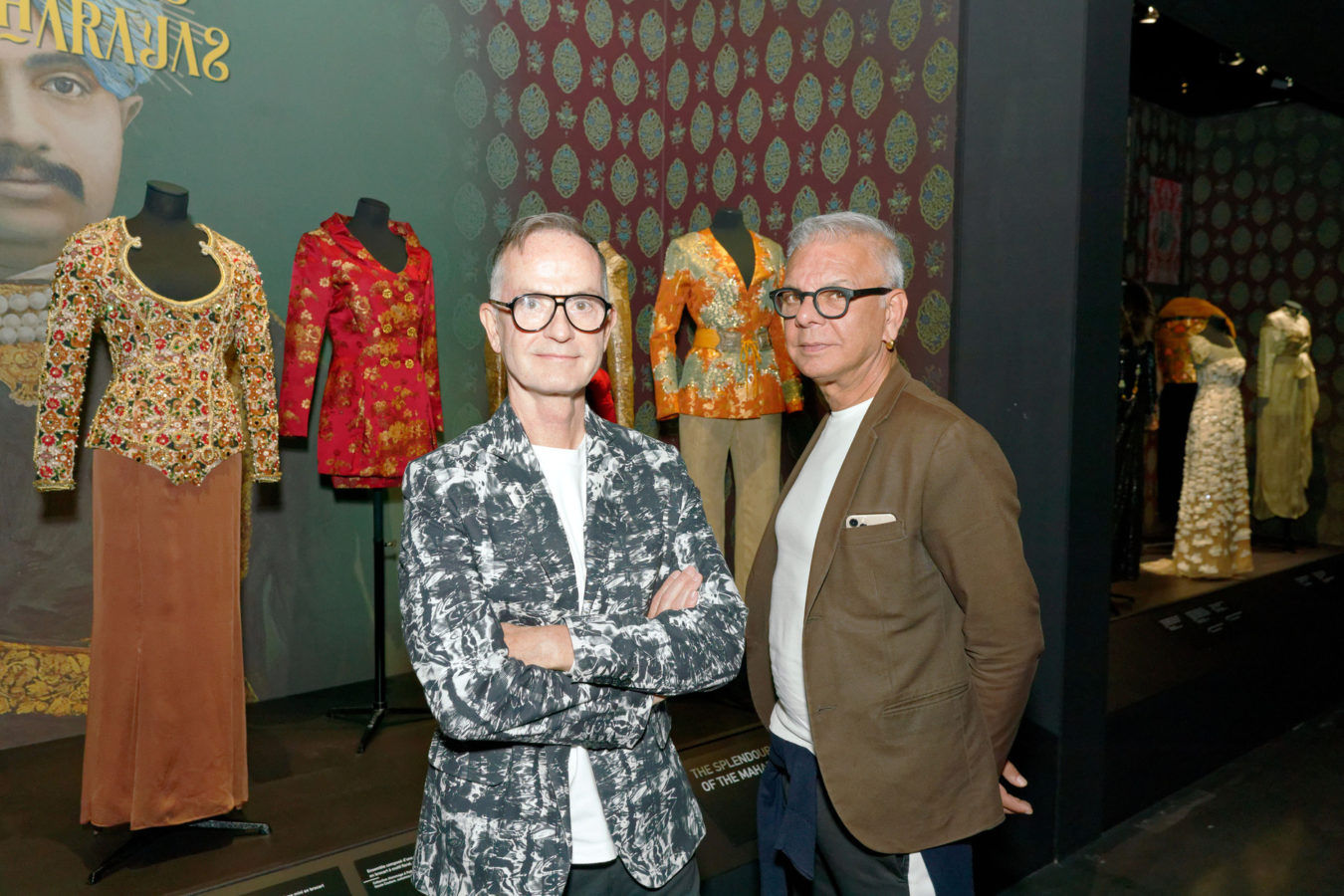 Style
A retrospective exhibition celebrates the design legacy of Lecoanet Hemant at Calais, France
Share this article
Next article

It’s a first for any Indian design house. The Normandy-based Calais Museum for Lace and Fashion will host a retrospective exhibition dedicated to the work of Lecoanet Hemant. We catch up with designers, Didier Lecoanet and Hemant Sagar on their ongoing exhibition, the historic move from Paris to New Delhi and an upcoming coffee table book.

Originally, a nineteenth-century lace factory, the Calais Museum of Lace and Fashion is truly one-of-a-kind. A specialist museum dedicated to lace-making has displayed the work of the greatest French designers like Jean-Paul Gaultier, Pierre Cardin and Chantal Thomass. So when the prestigious institution hosts a retrospective dedicated to the works of Indo-French designers, Didier Lecoanet and Hemant Sagar it’s a matter of great honour and pride. Titled, Les Orientalistes De La Haute Couture (The Orientalists Of Haute Couture), the 80-piece exhibition displays archival pieces that capture their journey from their time as an haute couture label in Paris to a ready-to-wear one in New Delhi. The art of blending French couture and craftsmanship of India is beautifully represented against a graphic and colourful backdrop. The signature Lecoanet Hemant aesthetic of merging themes of nature, local textiles and unique natural materials like raffia, wood, shell and rice paper can be seen on display. It’s opulent and worthy of a detour if you’re visiting France.

In conversation with the duo behind Lecoanet Hemant on their retrospective exhibition at Calais Museum of Lace and Fashion in France:

How would you describe your journey from a French couture label to a ready-to-wear brand?

I would describe them as two very separate, distinct endeavours that originate from the same ethos. Didier and I met in Paris, as students at the Ecole de la Chambre Syndicale de Couture Parisienne. The journey of Lecoanet Hemant began in 1981 with the first store in Rue du Faubourg Saint Honoré. The inaugural collection, in partnership with Cartier Haute Joaillerie, earned us the prestigious membership of Chambre Syndicale de la Couture Parisienne, the governing body of high fashion.

The label was an organic reflection of our design philosophy. It was the coming together of our heritage, lived experiences and a common vision for authenticity. The house won the Golden Thimble known as Le de d’Or (the Oscar equivalent of Haute Couture), the Swarovski Creation Prize 2005, and the Designer of the Year Award, Miami 2007. Select creations are now in the permanent collection at London’s Victoria and Albert Museum, Deutsches Museum, Berlin, and the Musée des Arts de la Mode, Paris and now find a home at the prestigious La Cité de la dentelle et de la mode de Calais.

It is this rich heritage that guides the brand’s ready-to-wear endeavours- Genes and Ayurganic. Genes is a story of modern expression pillared by the codes of couture craftsmanship. Ayurganic, on the other hand, gestures at a way of living- with clothing and accessories firmly rooted in the principles of Ayurveda.

What aspects of the French school of design/aesthetic do you still feel resonate with your brand?

An effortlessly chic essence, a sort of French Art de Vivre sums up the Lecoanet Hemant aesthetic. The unwavering importance of detail and technique comes from the years spent creating haute couture pieces. All of that forms the backbone of the brand’s modern expression.

What was the reason for the move from Paris to New Delhi?

Tell us about the highlights of the exhibition.

The exhibition sheds a light on the house’s oeuvre through 8 bifurcations- marking distinct themes. From “India Pop” that speaks of the imagined world of a richly coloured, exotic India- bordering on the kitsch to the “Perfume of the Orient”, where sumptuous embroideries with metallic glint adorn elegant dresses, evoking a sensorial experience akin to the heady musk of frangipani and myrrh – each piece tells a unique story.

The white linen dress from the “White Coats” collection is emblematic of the Lecoanet Hemant approach to creation. Taking cue from a sari, the dress envelops the body in a diagonal spiral flowing into a full skirt that features a mid-thigh slit. What looks simplistic to the viewer is actually an elaborate construction that supports the flowing skirt and the moulded top into one silhouette. In its essence it is kind of an anti-sari, taking away the volume of the silhouette while maintaining the movement. It has always been crucial for us to draw inspiration from culture but never appropriate.

Can you tell us more about the book, Lecoanet Hemant, by Sylvie Marot?

In collaboration with esteemed author Sylvie Marot, the soon-to-be-launched book is the first monograph dedicated to Lecoanet Hemant, celebrating forty years of the couture house. It elucidates the two-part journey that takes place first in Paris and then in Delhi through a series of photographs, sketches, testimonies and quotations.

fashion exhibition Lecoanet-Hemant best indian fashion designers Indo-french
Akshita Nahar Jain
Sr Associate Editor
Akshita Nahar Jain has worked with various publications, including Elle, Harper’s Bazaar Bride, and Time Out Delhi, and written extensively on fashion and lifestyle. A sucker for alliteration and stylish sitcoms, she enjoys scrolling the web for less travelled destinations.
Sign up for our newsletters to have the latest stories delivered straight to your inbox every week.