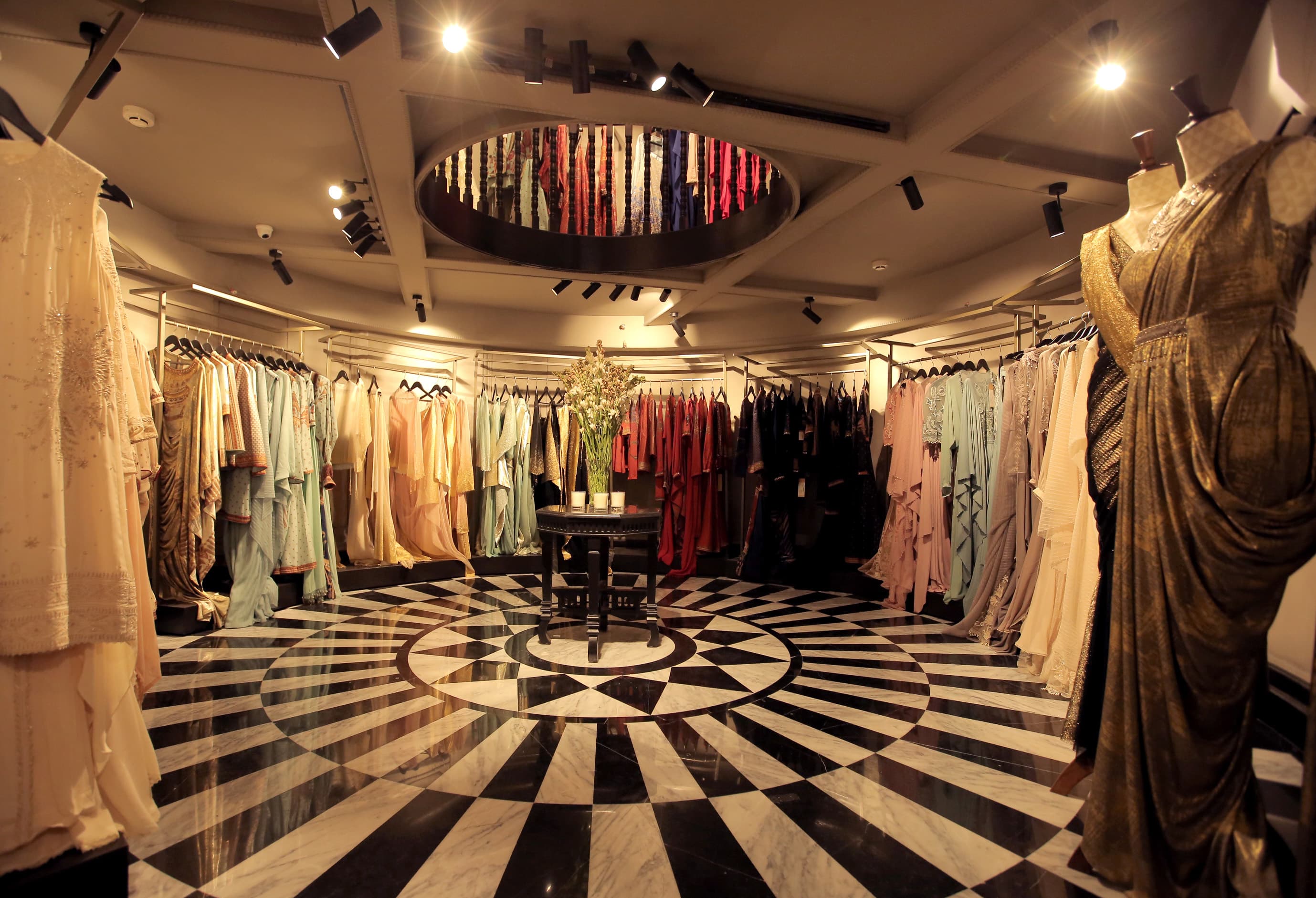 Country’s leading couturier Tarun Tahiliani opened a new store in Kolkata at Galleria 1910. The space will house ready-to-wear and occasion wear, in addition to menswear and select bridal wear. The 2,200 sq.ft store is spread over two floors, and with elaborate staircases, soft chandelier lighting and signature Tahiliani wallpapers, it is set to become Kolkata’s the go-to couture destination.

FDCI’s ode to ‘Make In India’ in Ahmedabad

Part 1: A story by #NickKnight The first campaign by #RiccardoTisci for #Burberry . A cast of image makers #NickKnight, #DankoSteiner, #HugoComte, #PeterLanger, #ColinDodgson and #LettySchmiterlow present a unique take on Tisci’s new vision . ‘They are images that have the confidence to stand on their own, but it’s when they are assembled together that they truly bring the diversity, the eclecticism, the inclusivity and the beauty of Burberry to life’ – Riccardo Tisci . #BurberrySpringSummer19 #TheTBbag #NewEra #TBRT #Kingdom #BurberryGeneration . Click the link in bio to find out more and be first to shop the collection in February 2019

If there is one theme that Riccardo Tisci highlights in all his campaigns it is diversity, and he has done the same with Burberry as well. Tisci roped in six key photographers – Nick Knight, Danko Steiner, Hugo Comte, Colin Dodgson, Peter Langer, and Letty Schmiterlow – to shoot the campaign with a global cast that included models such as Stella Tennant, Natalia Vodianova, Irina Shayk, Sora Choi, Matteo Ferri and Joe Plunkett among others. Since staging his anticipated first show for the British heritage fashion house, Tisci is being lauded for steering the brand in a new direction that’s marked by a strong, clean, and sleek aesthetic, which filters down to this campaign as well.

The future in its infancy. Part of an ongoing study of BOYHOOD by @VirgilAbloh for #LouisVuitton. See the first chapter of the #LVMenSS19 Campaign photographed by @InezandVinoodh via link in bio. © TEC

My #ReebokxVictoriaBeckham collection is finally here!! Tailored, yet tough and meant to move with you from the street to the gym and back again. Available now at Reebok.com and exclusively at #VBDoverSt this week! X VB

What many are referring to as the collaboration of the year, the Victoria Beckham x Reebok is more about athluxury than athleisure. The line fuses elevated streetwear with Beckham’s minimal sense of luxury. Ranging from $30 to $300, the collection comprises of parkas, gym wear, bomber jackets, T-shirts, hoodies, backpacks, and sneakers. The campaign for the same was photographed by Mario Sorrenti and styled by Alastair McKimm.

Victoria Beckham Louis Vuitton Reebok Virgil Abloh fashion news tarun tahiliani Weekly roundup
Anupam Dabral
Sr. Associate Editor
It was while studying fashion journalism at London College of Fashion that Anupam developed a keen interest in the anthropological aspect of the discipline; for him, fashion only makes sense when seen in the context of its environment. He is always on the hunt for great stories, and in his spare time binge-watches films/shows starring Whoopi Goldberg, Dawn French and Jennifer Saunders.
Fashion Jewellery Style
Sign up for our newsletters to have the latest stories delivered straight to your inbox every week.