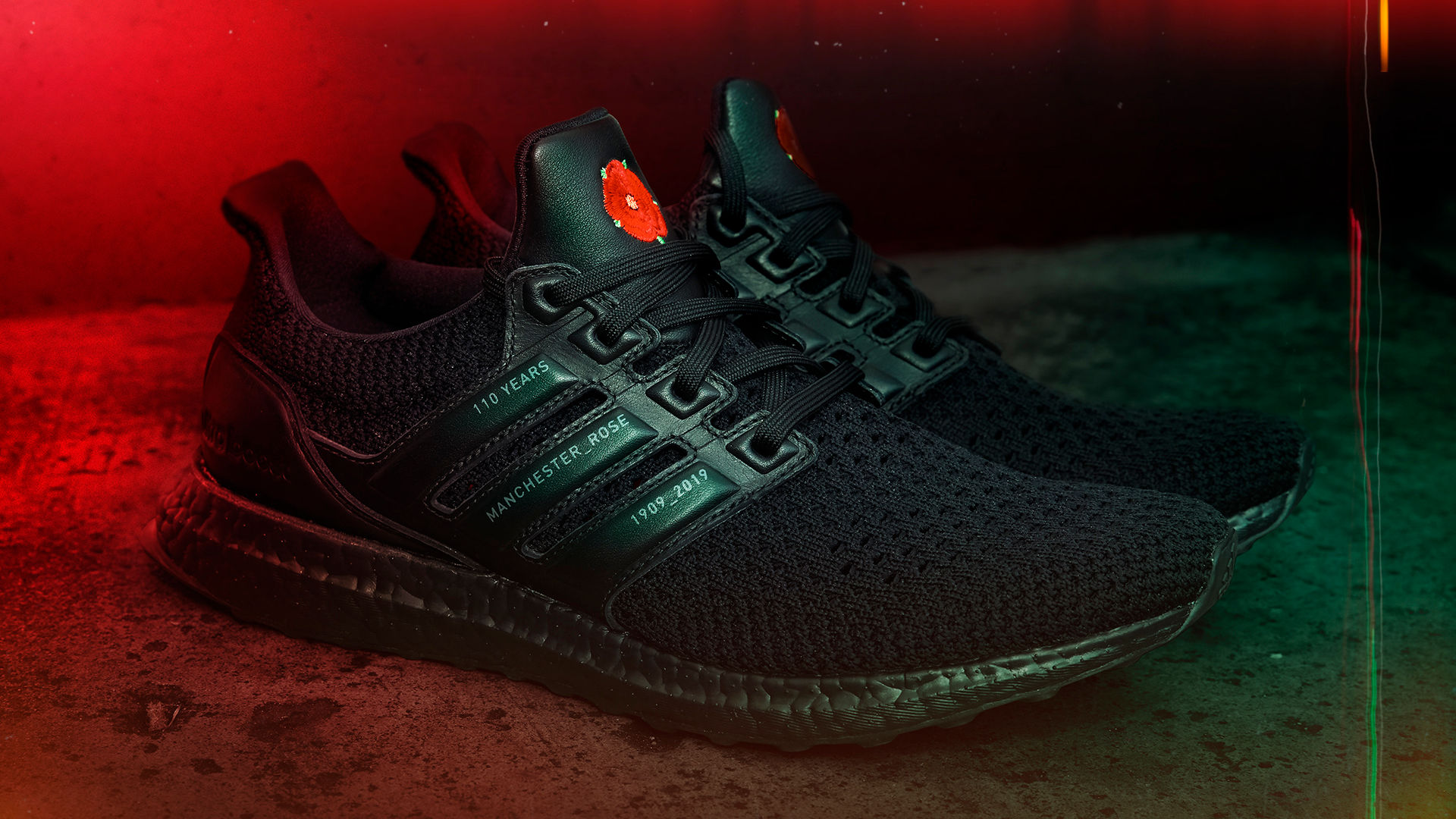 The shoe is no doubt a collectible for anyone who loves the Old Trafford team. Adidas has dug into history to create the motifs on the sneaker, and it is set to be limited edition memorabilia. In classic UltraBOOST fashion, this Manchester United edition is all black, and on the three-stripes we see ‘110 Years’, ‘1909-2019’ and ‘Manchester Rose’ emblazoned. The insoles feature a graphic Lancashire rose pattern throughout, and white Manchester United and Adidas co-branding.

The embroidered Lancashire rose represents the club’s logo back when they defeated Bristol City 1-0, 110 years ago in the FA Cup final. It was the first of 12 FA Cup wins for the Old Trafford club. In addition to this, the brand has also spoken of the Lancashire rose being sported on Manchester United’s off-pitch kit. Manchester United star, Paul Pogba is spearheading the campaign.

Style
Sneaker culture is bigger than ever. And these are the coolest kicks on the block

The adidas UltraBOOST x Manchester United sneaker will be available for retail at select stores in Delhi, Mumbai, Chennai and Bengaluru. Its India release date has been set for August 16, and it will be priced at Rs 17,999.

Style
Sneaker Culture: 5 cult-classic sneakers that are absolutely worth the hype