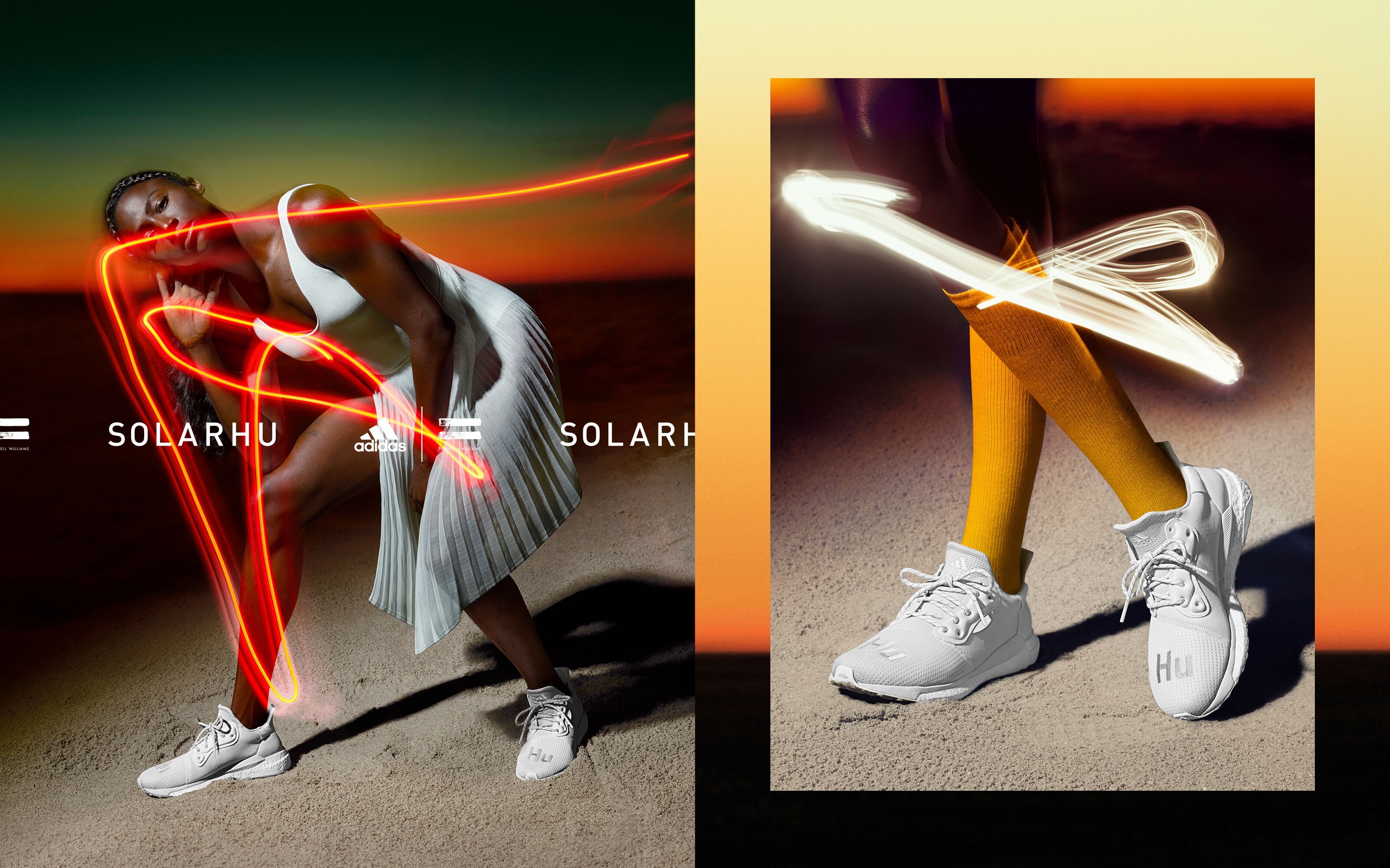 If you’ve loved Adidas‘ and Pharrell Williams’ collaborations so far, you’ll love this new one that drops tomorrow. After a successful five-year association, the giants are now set to extend their partnership to the SolarHu Glide series, this time in collaboration with the world’s fastest woman, American track and field superstar Frentorish ‘Tori’ Bowie. The adidas Pharrell Williams SolarHu Greyscale will incorporate the previously introduced BOOST™ technology, and will move away from its colourful approach to have a monotone look this time around, in triple-black, triple-white, off-white, and gray colourways.

The silhouette boasts a mesh upper with reflective detailing and cheeky suede overlays, as well as a full-length Boost midsole, rubber outsole, thick rope laces, ‘Hu’ branding on the toe box, and a TPU heel counter. Being ultra-responsive and energy preserving, the BOOST™ foam yields the highest energy return and is three-times more temperature resistant than standard EVA material. It’s safe to say the shoe is crafted for performance.

In addition to its launch, renowned cinematographer Shane Sigler has directed a snippet that visualises the core inspirations of the SolarHu capsule and Tori Bowie’s stride towards glory. In her manifesto, she talks about the career obstacles she overcame to become a three-time Olympic medalist. The photographs and video highlight the ‘inner light’ that guided her through multiple personal setbacks, and ultimately led her to emerge as the 2017 100m world champion and fastest woman in the world.

The adidas Pharrell Williams SolarHu Greyscale will be in adidas stores tomorrow, in all four colourways. Priced at Rs. 14,999

Style
Built for fitness, backed by science: Step into the future with these 5 hybrid sneakers