Home > Style > Fashion > Are corsets making a comeback? We investigate! 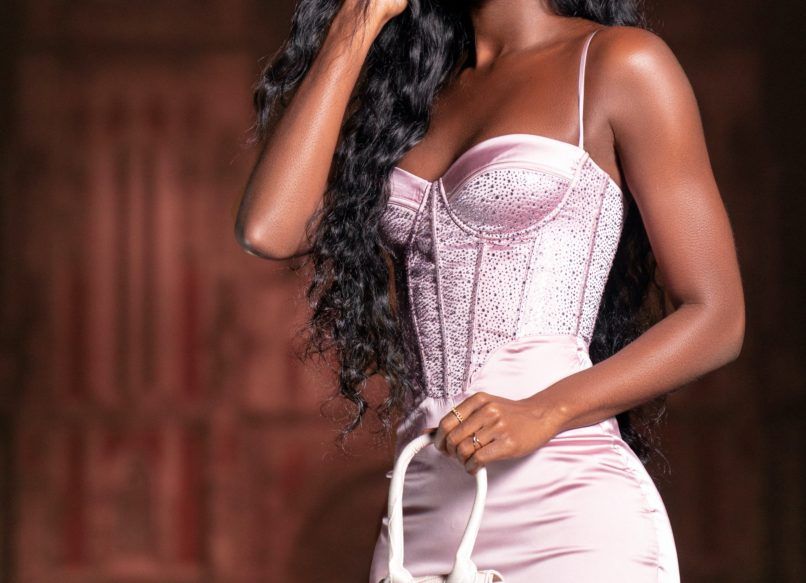 Style
Are corsets making a comeback? We investigate!
Share this article
Next article

Corsets making a comeback? We investigate and look into the history of corsets, their significance and the relationship women had with them

It seems impossible at first to imagine a comeback for the corset in an era marked by body positivity and self-love, but the garment hailing from European courts of the Middle Ages is making a comeback in forms which exalt the body without constraining it.

We all remember the scene from “Titanic” in which Rose (Kate Winslet) is aggressively laced into her corset by her mother, making her seem both literally and figuratively restricted. It’s difficult to imagine the corset as being anything other than binding or restrictive, as it’s always been that way. Having first made its appearance in the royal courts of Spain centuries ago, the whale-boned bodice was symbolic of aristocracy, according to art historian Catherine Örmen. Despite its constricting and reshaping effects, the corset’s original purpose was related to posture: it creates a sort of poise.

Brought back into fashion by Netflix

It would seem unlikely for this ancestral piece to reemerge in 2021, but that is before taking into account the influence of current television series, notably “Bridgerton,” which is clearly having an impact. Since its December 25 launch on Netflix, the corset is suddenly popular again. This past January, Lyst, the fashion shopping platform, noted a 123% increase in searches for corsets since the series premiered. It’s a rather strange paradox in an era in which the body’s freedom and sovereignty has never been more in focus, and given how long it took for women to rid themselves of such strictures.

But even at that point in history, the corset hadn’t disappeared. “We see it again in the 1950s with the appearance of the bustier, which is really a corset without the name. The appearance of Lycra in the 70s and 80s and the fashion-forwardness of sport, which meant that actual muscle replaced the corset, finally meant that there was no longer much need for an item to “construct” the body, as the body held itself in place,” continued the historian.

So why take the trouble? Why should such a controversial garment come back into favor? Even the influencers, from Kim Kardashian to the new generation on TikTok, have aided its return to favor, wearing it as period costume, in ultra-futuristic versions, or with jeans. This has obviously inspired their millions of followers in record time and marked the return of an item which has often been seen more as foe than friend for the female body.

The corset: symbol of evolving mentalities?

Yes, the corset is back, but not in its original form… which may be a relief to many. While celebrities show themselves off in corsets, it’s not about compressing the thoracic cage to an extreme in order to be presentable at work – we promise! Ultimately, the corset is only serving as a source of inspiration for new pieces, often accessories, which reference the past without forcing its constraints upon us once again.

“As such, the corset isn’t really making a comeback. It’s an inspiration, but it’s not a comeback. It’s more an assemblage of all that is significant about the corset, meaning the narrow waist, lacing, and hooks. The traditional corset is so binding that it remains very occasional, an exception. The desire is to respect one’s body, and perhaps find ways to enhance it without discomfort. We see this approach in lingerie with the trend away from underwires. The impulse is towards self-affirmation and freeing the body from any sort of social dictates,” explained Pascale Briand, who directs the lingerie sector at Carlin International.

Once a symbol of submission, the corset of today is softer, more flexible, and underlines or sculpts the silhouette without torturing it. Isn’t shapewear, which is all the rage in China and the United States, really just low-flying corsetry? The undergarments are created to reshape the body, but now come in ultra-modern versions which can be worn with leggings and a t-shirt. The question is still of reshaping the abdominal area, but now the idea is to do so in the gentlest way possible.

Pascale Briand points out that that means a lot of focus on the waist, such as with wide belts, but also with new trends in layering and the use of lacing. This is ultimately right in key with the casual feeling of the current moment, as in the idea of updating a relaxed item such as a sweater dress with a chic, elegant accessory like a wide belt.

“In the catwalk shows, there’s a lot of work around finding the spirit of the corset and balancing it with flexibility. This means wide belts, or an element that can be worn over a t-shirt, a tank, or even men’s suiting. This corresponds with a more contemporary lifestyle,” she pointed out.

The corset can even be imagined as a playful item, a game, which could brighten a daily lifestyle that may have become a bit morose recently. At a time when makeup is hardly being worn, it can occasionally pop up as a way of feeling better, a sort of temporary beautifier.

“That it is reappearing today is more a game than anything else. It’s a decorative element. We’re used to being completely unfettered by our clothing now, so putting on something so constrictive seems like a fun discovery, a game, which makes us feel like we have a different relationship with others because we feel maintained, held in, different. Just like putting on lipstick, we can transfigure ourselves with a corset,” emphasized Catherine Örmen.

As such, it seems impossible for corseting trends to ever really disappear. After all, the corset has come down the generations with barely a scratch. It has simply adapted and updated itself in each era, very much a symbol of the place of women- and their bodies- in society.

This article is published via AFP Relaxnews. Image Credit: Unsplash

are corsets coming back? Bridgerton corsets how to wear a corset corset history
Staff Writer
freelance writers
Sign up for our newsletters to have the latest stories delivered straight to your inbox every week.