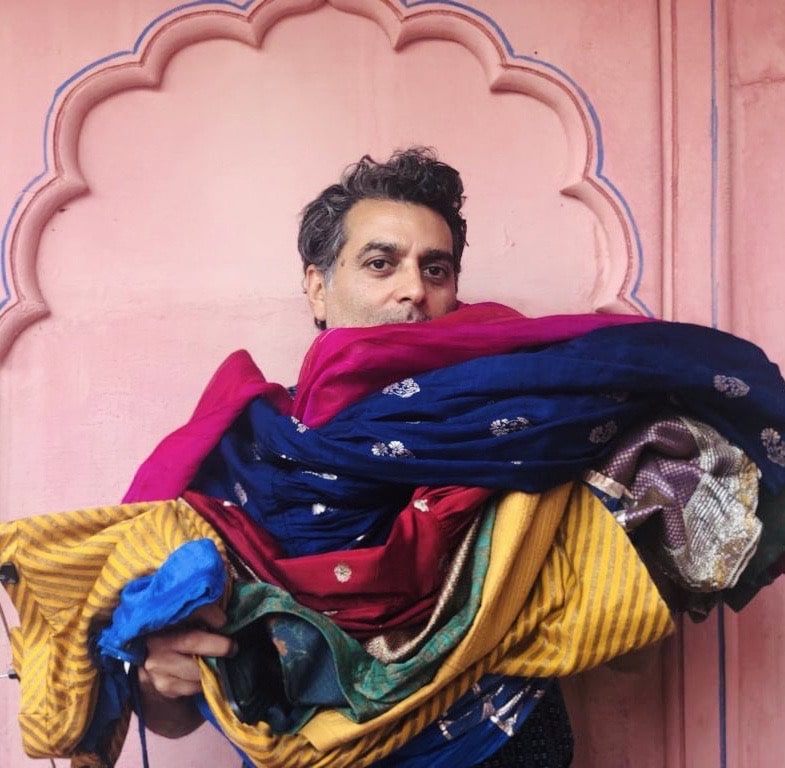 Arjun Bhasin, the New York-based costume designer behind the styling of the much-talked about A Suitable Boy releasing on Netflix tomorrow, is perhaps India’s most under-the-radar cross-over cinema success story.

As someone who works behind the scenes, the former Mumbai boy Arjun Bhasin enjoys staying away from the limelight and is modest about his achievements, even though his is a career that deserves to be celebrated. Nominated last year for the Costume Designers Guild Award for his work in A Beautiful Day In The Neighborhood, starring Tom Hanks, Bhasin, the launch fashion director of GQ India, has also styled Bollywood films like Dil Chahta Hai (2001) and Gully Boy (2019), as well as the Oscar-nominated Life of Pi (2012) and the Sarah Jessica Parker-starrer HBO television series, Divorce (2016). Currently working on a big-budget Hollywood film in Atlanta, details of which cannot be revealed yet, one of his projects is about to go live on Netflix tomorrow — A Suitable Boy.

Bhasin has a longstanding relationship with the film’s director Mira Nair, having worked with her on films such as Kama Sutra: A Tale of Love (1996), Monsoon Wedding (2001), and The Reluctant Fundamentalist (2012). A Suitable Boy, an adaption of Vikram Seth’s 1448-page novel that won numerous awards, has already aired on BBC and received critical acclaim. With a stellar cast including Tabu and Ishaan Khattar, what has also stood out in the series are the costumes that relive the vintage charm of a recently independent India through an array of characters.

Lifestyle Asia India caught up with Arjun Bhasin to learn more about what went behind the styling of A Suitable Boy.

This project was a massive undertaking. The main character Lata (played by Tanya Maniktala) has 64 costume changes, and there were about 3,000 costumes made for extras. I would say we dressed between 150-200 people per day. There are 1,100 handloom saris featured in the film, which were sourced from all over India. That is a total of 6,000 metres of cloth in saris alone. We worked directly with weavers across India, mainly Kolkata, Delhi, Lucknow Benaras, and Hyderabad. More than 100 varieties of textiles were used including khadi, organza, linen, brocade, tulle, crepe de chine, georgette, tussar, and Maheshwari.

How authentic to its period [the narrative is set largely in 1951] have you been? For eg, in one scene the singer-courtesan Saeeda Bai [Tabu] wears a yellow diaphanous anarkali kurta teamed with a black brocade crop inner, an ensemble a girl of today could wear…

The design of Saeeda Bai’s wardrobe was particularly challenging — there has been ample period research on the public life of courtesans but almost none on their private lives. I wanted very much for Saeeda to be an enigma — romantic, beautiful, layered – so I chose diaphanous fabrics that could be created layer upon layer to signify that there were sides of her that were always hidden from view. To make the point that there was a very public side to her but also a deeply private and mysterious world.

A Suitable Boy is made for an global audience, so did you feel the need to play into that ‘India Exotic’ tag of fashion we see in so many international projects?

I never really considered that. We wanted to create something beautiful, unique, and true to the period and authentic to the characters but at the same time having cinematic appeal. A Suitable Boy is an exciting project for a costume designer — its storyline is split between a rural village and a modern metropolitan India, and contrasting those two worlds made this a project I could really sink my teeth into from a design perspective.

Adapting a book into a movie must be a challenge, especially one that has had wide success. Readers have already conjured up their own images of the characters…

It was pretty daunting. A Suitable Boy has so many beautiful characters, each unique and layered. We wanted to represent each one to an equal degree. There is also an underlying allegorical story about freedom. The emancipation of Lata mirrors the Freedom for India — it is about the start of something new, a new chapter. We had to look at the importance of understanding traditions yet still embracing modernity. The research was lengthy but kept me grounded in the reality of what India was at the time. I had to explore each character and think about choices that they made, and how to represent them through costume and textile. Mira [Nair] and I often do intensive colour palette work where we choose specific colours for specific scenes, characters, places. This gives each individual world its own mood, colour, and life.

Your favourite look and why?

So many! I loved all of Rasheed’s [played by Vijay Varma] ‘poetic dreamer’ costumes. Then there is a scene which features a reading of Shakespearean play using Kanjeevaram and Bengali saris with a modern twist. There were many looks from this film that made me proud.

You have worked with Mira Nair many times. What is it like working with her and how do costumes fit into her narrative?

Mira and I have been working together since Kama Sutra in the mid-1990s. Of all the directors I have worked with, Mira is possibly THE most visual. She really pays attention to costumes and production design and how it feeds the narrative and the characters. Over the years we have developed a shared aesthetic and cinematic language, rarely disagreeing.

Life of Pi and A Beautiful Day in the Neighborhood — how did you manage to break those barriers in Hollywood?

Film has always been my first love and I have always known I could never really work in any other medium. I have had the privilege of working with directors, actors, and films that pushed me and allowed me to bring my unique sensibility. The next project I am working on is completely out the wheelhouse of things that I have done before. I feel like I am learning a new language, and really that is how you keep growing.

London-born Sujata Assomull is a Dubai-based journalist and author of 100 Iconic Bollywood Costumes. A mindful fashion advocate, she was the launch Editor in Chief of Harper’s Bazaar India. An international chronicler of fashion trends, she is a go-to resource in the industry for commentary on India and the Middle East’s evolving and dynamic markets. Her bylines have appeared in Vogue Business, Business of Fashion, and Arab News.

How British designer Osman Yousefzada is cutting through the fashion noise