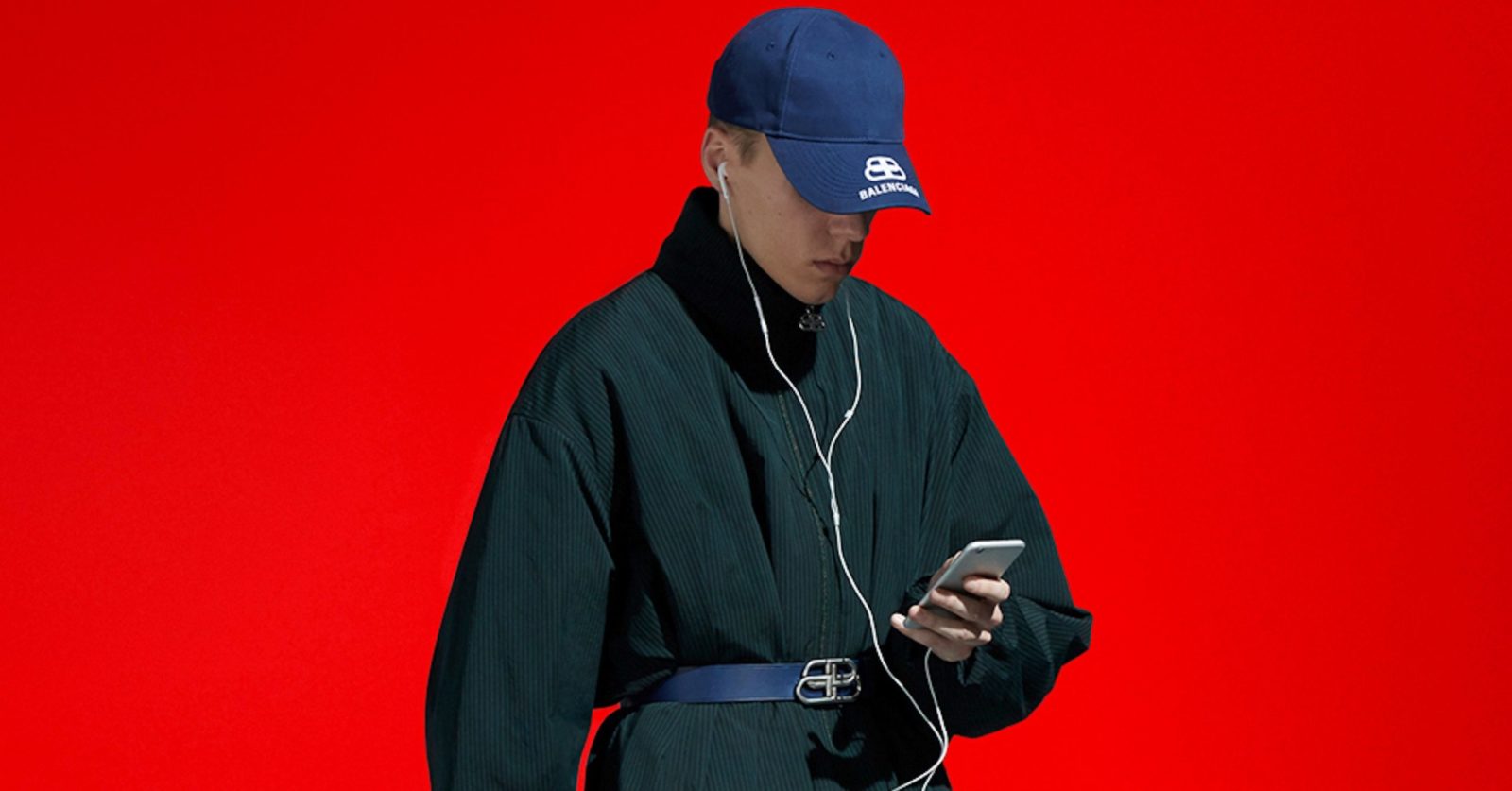 After Prada and Gucci, Balenciaga is now getting into the world of music streaming. Unlike the two, however, the French fashion brand isn’t on Spotify. Instead, creative director Demna Gvasalia has launched a new channel on Apple Music.

It’s very much on-brand for Balenciaga, which featured models wearing Apple’s Lightning cables as hair ties and AirPods as fashion accessories on the runway earlier this year. On the Balenciaga Apple Music channel, you’ll now find a seven-hour long playlist of Gvasalia’s favourite songs. As it turns out, his music taste is just as varied as his references.

We’re not surprised that Kanye West is on it — the rapper has sat front row at the Georgian designer’s Vetements shows — but who would have thought that Gvasalia was such a fan of Sade’s soothing vocals? Or Lana Del Rey’s Honeymoon album?

In fact, “Demna’s Playlist” is full of surprises, pointing towards disparate musical influences like gothic rock (The Cure, Sisters of Mercy and Marilyn Manson are all on it), industrial (Nine Inch Nails, Rammstein, Throbbing Gristle), hip-hop (Cardi B, Lauryn Hill, Juice WRLD) and good old pop, courtesy of Selena Gomez. Oh, and Radiohead, of course.

Questionable song choices aside, the playlist shows us just how much music informs the designer’s vision for Balenciaga. It goes hand in hand with his ironic, logo-fied designs for the French label; just last year, Balenciaga launched a series of art and music mixes on Youtube dubbed “Loops”, which showcased pieces from the brand’s latest collection.

You can expect to hear more from that circle pretty soon. Balenciaga will be sharing playlists curated by Gvasalia’s favourite artists, bands and musical personalities on its Apple Musical channel in the coming months. With each one, Gvasalia will also drop limited-edition capsule collections inspired by concert merch (think tees and hoodies).

The first batch of them are already up on Balenciaga’s website, featuring a print of a “Hello, My Name Is” sticker with Gvasalia’s handwritten first name. The pieces, priced between Rs 44,000 (approx.) and Rs 72,000 (approx.), are now available in black and red. (They’re also pretty similar to a shirt from Vetements last year, as the brand itself has pointed out. But that’s likely on purpose, given that they were both designed by Gvasalia himself.)

Still, you don’t need designer merch to enjoy the designer’s mix. All you need is a pair of great headphones, an Apple Music subscription and an open mind. Check out Demna’s Playlist on Apple Music.

Shopping Apple Balenciaga Apple music playlist
Lifestyle Asia
Here's where you can read the latest news and stories from Lifestyle Asia, curated from all of our editions in Hong Kong, Singapore, Kuala Lumpur, Bangkok, India and Paris.
Luxury