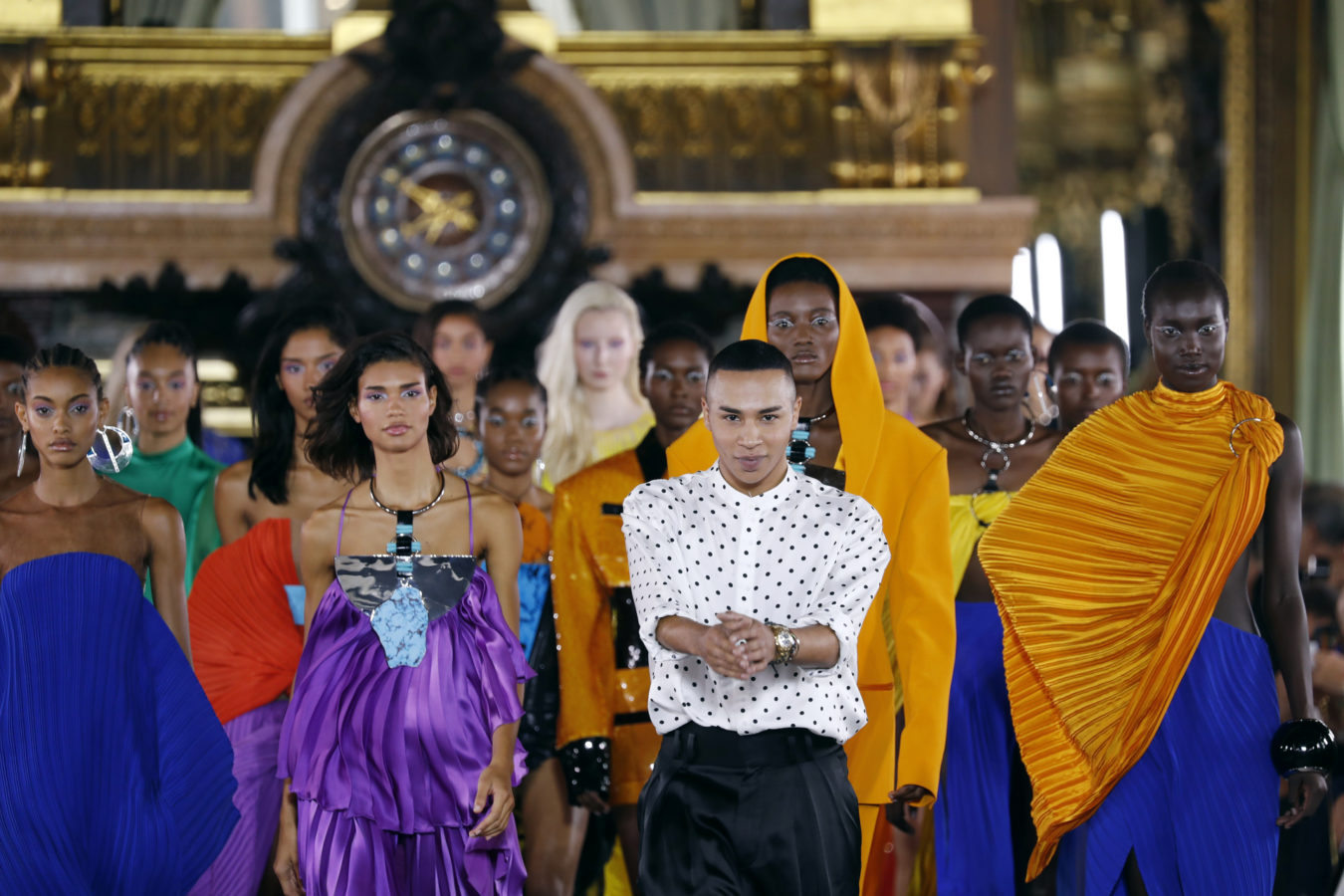 Balmain creative director Olivier Rousteing is organising a show that will combine fashion and music on the Seine on July 5, the eve of Paris Haute Couture Week, which runs from July 6 to 8. Accompanied by the singer Yseult and the choreographer Jean-Charles Jousni, the designer will present pieces from the archives of the fashion house on a barge in the centre of the French capital.

How should fashion be re-invented? The question has been a major preoccupation for players in the sector since the ongoing health crisis began. At the heart of this reflection, there is a recognition that the industry must do more for the environment, but this is not the only issue, there has also been soul searching about how fashion should adapt to the digital era, the usefulness of the traditional fashion calendar, and new ways to turn a spotlight on forthcoming collections.

Now Olivier Rousteing is outlining his vision of the future of fashion with a show on a barge in the Seine. The venue was not chosen by chance, because not only is it emblematic of the gregarious joys of summer, but it also reaches out to the general public, who can attend the show while respecting social distancing. The barge will sail down the Seine with Olivier Rousteing, models, artists, and production teams on board, while the public watches from the quays.

The show will not be a traditional catwalk event to present a new collection for the coming season. Olivier Rousteing will be showcasing archive pieces by Pierre Balmain and the designers who succeeded him at the helm of the French fashion house, including Oscar de la Renta, as well as his own contemporary creations. Along with the clothes, there will be music in the form of a concert by French singer Yseult and a dance show choreographed by Jean-Charles Jousni.

And as you might expect from the French designer who is known for his enthusiastic presence on social media, the event will be streamed live on TikTok.

A little more than a year ago, on the occasion of the International Music Day, Olivier Rousteing organized a superlative fashion and music event in the Parisian Jardin des Plantes to present his latest menswear collection and several live performances.