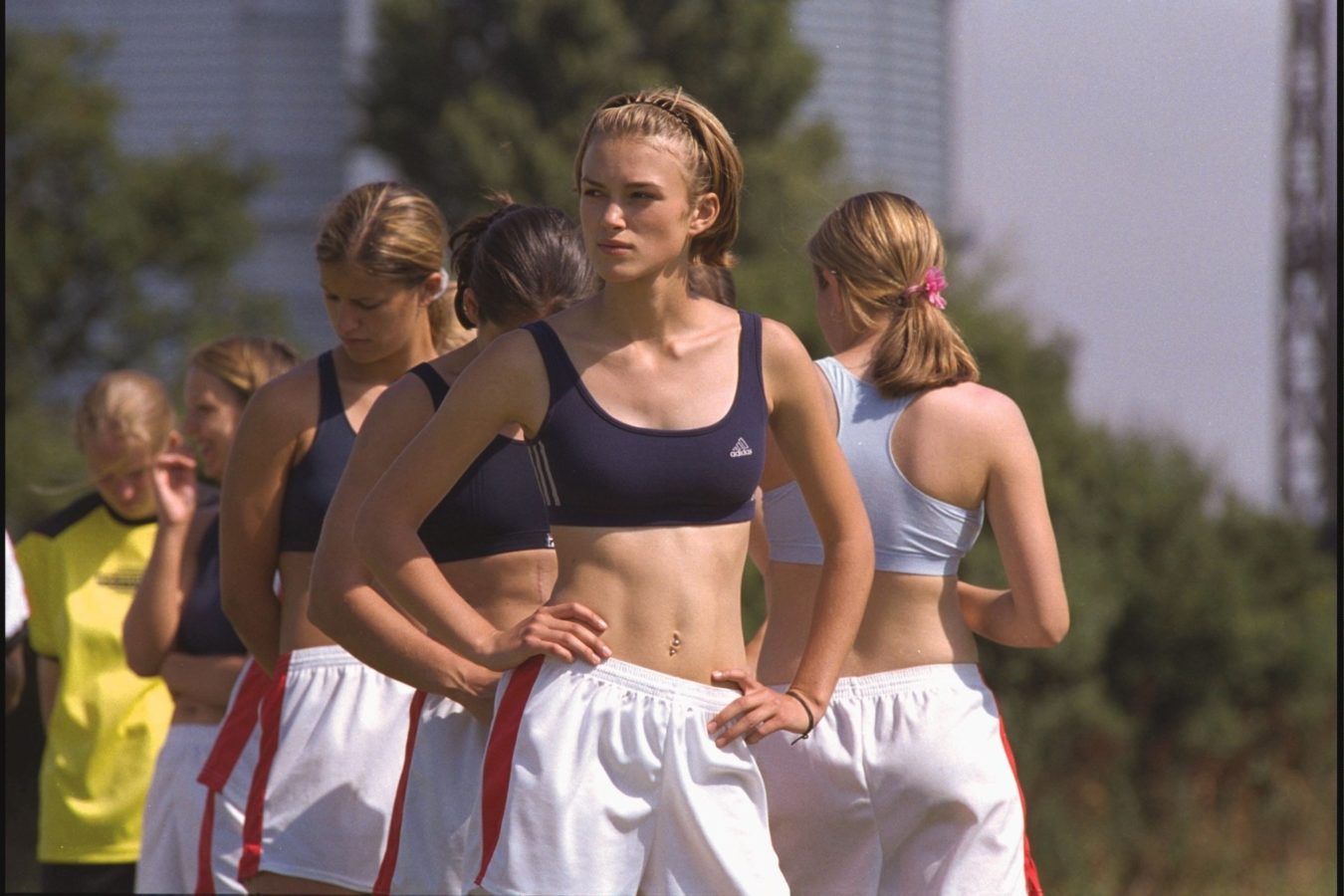 Celebrating 20 years of Bend It Like Beckham with a little throwback to the best of the y2k fashion as seen in the film.

My Instagram feed is currently overtaken by the Beckhams. On one spectrum is the wedding of David and Victoria Beckham’s son Brooklyn Beckham with Transformer’s star, Nicola Peltz. On the other end are odes written in remembrance of filmmaker Gurinder Chadha’s magnum opus, ‘Bend It Like Beckham’ as it completes 20 years.

The coming-of-age film put a cultural reset into play that’s still relevant 20 years after it first hit the theatres. For the GenZ readers who missed the memo, the comedy is based on the British-Indian diaspora with themes of culture clash, generation gap, and female empowerment thrown in. Although, 20 years back it was probably simplified as teenage rebellion and romance. The main protagonist, Jesminder Bhamra or Jess (played by Parminder Nagra) dreams of playing professional football like her idol David Beckham while her Punjabi Sikh parents make conventional plans of marriage for her. It also stars a young Keira Knightley and has an interesting mix of sportswear, dated Indian outfits, and some unique trends that were big with the Y2K generations. Here’s a quick look at the fashion trends that ‘Bend It Like Beckham’ put into motion.

The Indian trio with highlighted hair, acrylic nails, and lined lipsticks sure were an image that perfectly represented Y2K trends. Add to that their mini LV bags, the abundance of pink and rimless sunglasses surely is an image that will resonate with you in 2022.

The Adidas jerseys, shorts, and kicks worn by most football players in the movie set into motion the acceptance of the brand into the athleisure space. Back in the 2000s, it made dry-fit football jerseys as acceptable day wear. Throw in Jules’ (Knightley) signature look of sports bra and oversized shorts and you know sportswear was big.

A night out in ‘Bend It Like Beckham’ entails skipping the football attire in favour of clubbing (yes it was the era of grooving in enclosed, sweaty spaces) entails dressing up. And Jules does so in a silver sequin halter style top with red leopard stripes that was a real scene-stealer. The risque style was combined with low-waist denim and was the epitome of clubbing look back in the 2000s.

Bent on the bandana

Sweat and hair are a terrible combination. Therefore it’s necessary to hold it in with the correct hair accessories. Jules’ paisley bandana and Jess’ scrunchies are essentially the two pieces that held together with our sweaty, untamed mane.

Whether it’s the punchlines or the underrated Y2K fashion that hooked you onto the cult film, Bend It Like Beckham, the throwback is also a reminder to make round rotis if you wish to get married.

Football David Beckham Y2k Fashion Bend It Like Beckham Iconic movie
Akshita Nahar Jain
Sr Associate Editor
Akshita Nahar Jain has worked with various publications, including Elle, Harper’s Bazaar Bride, and Time Out Delhi, and written extensively on fashion and lifestyle. A sucker for alliteration and stylish sitcoms, she enjoys scrolling the web for less travelled destinations.
Sign up for our newsletters to have the latest stories delivered straight to your inbox every week.