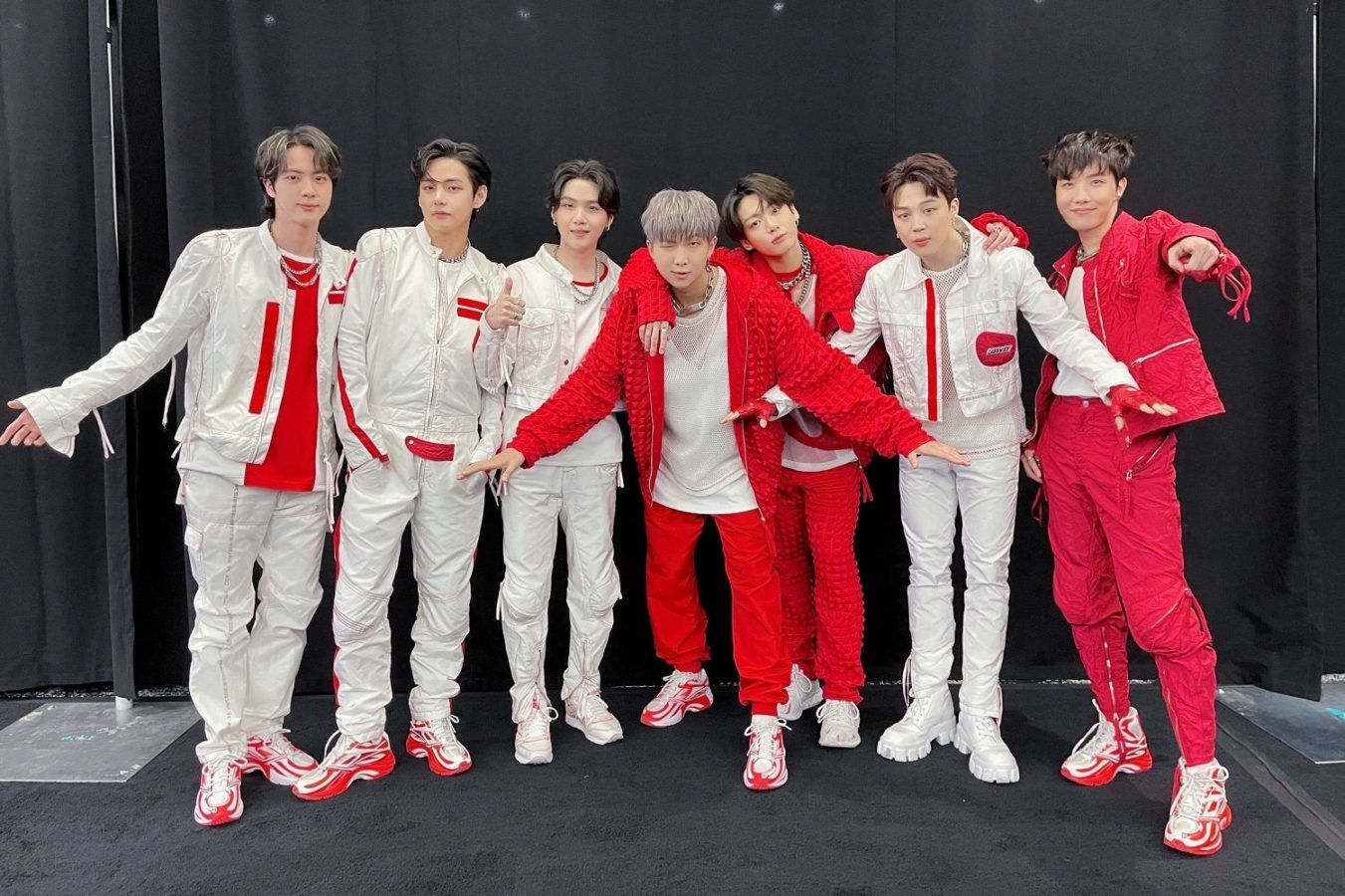 You can take your pick from the upcoming collection on New Era Japan’s website or through other international sellers such as Cokodive from 13 May 2022, onwards.

What does the three-way partnership include?

You can also buy the “Dynamite” Los Angeles Dodgers bucket hat for USD 46.80 (approximately). It is available in blue and stone colours.

If you are planning to purchase BTS and New Era x MLB’s baseball caps, then you have three options like that of the T-shirts but the colour choices are different, which is black and gold for “Butter” and “Black Swan” to be precise. Meanwhile, the “Dynamite” caps are available in the same colour as the bucket hats. They are available for USD 34.10 each, approximately.

Apart from the BTS and New Era x MLB collaboration, the renowned South Korean boy band has been in the news for its recent parternships. In March, Snoop Dogg confirmed that he would be collaborating with BTS for an upcoming song.

New Era bts Major League Baseball
Moyena Parikh
Moyena loves exploring personal development and spirituality. She believes in the power of words. She is also passionate about food, dancing, finance, and her family.
Lifestyle Culture Entertainment Wellness
Sign up for our newsletters to have the latest stories delivered straight to your inbox every week.