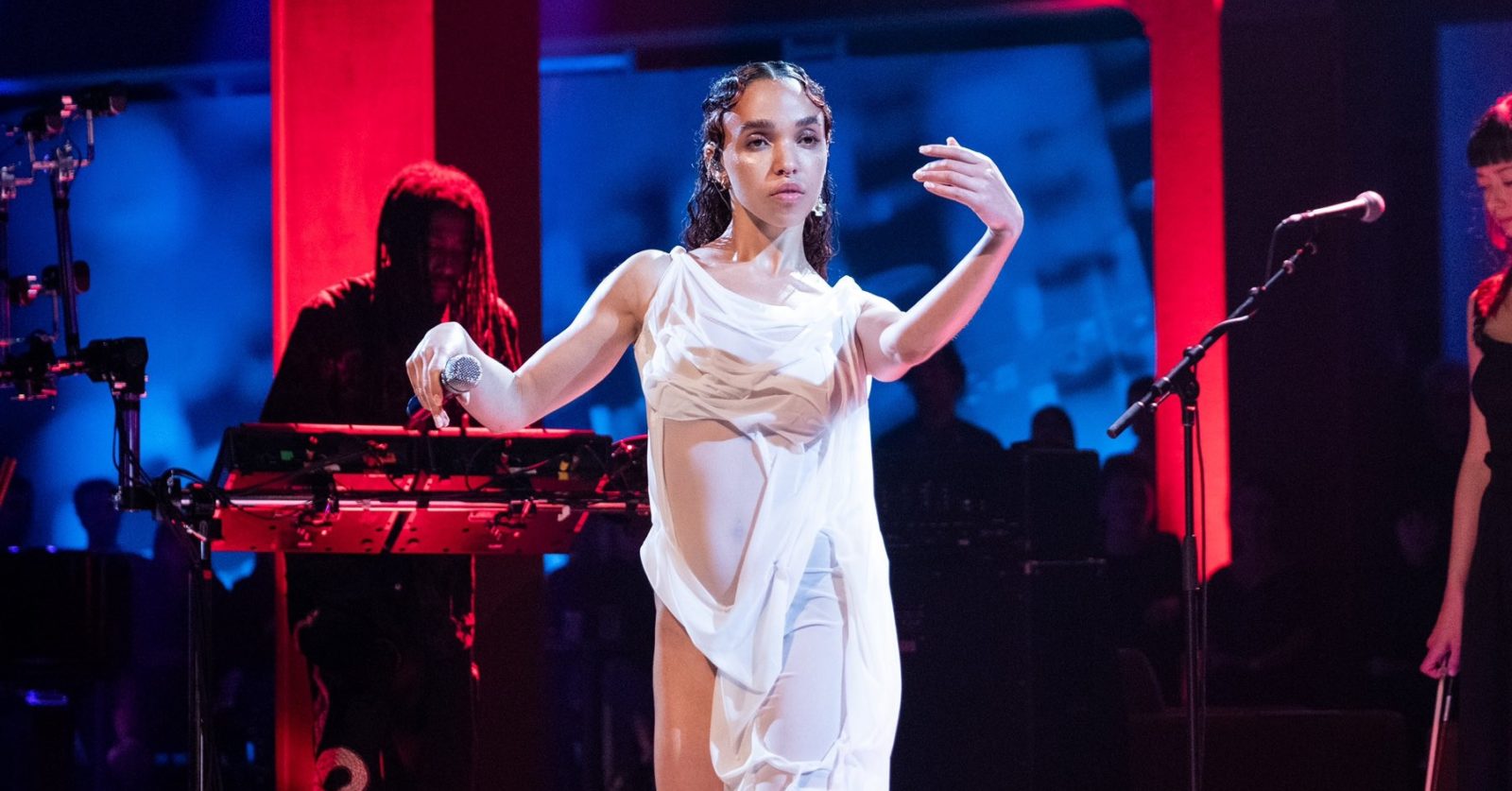 When painting his vision of Venus, Botticelli also alluded to the goddess of love’s oceanic origins. The Italian artist presented her female form in all its splendour, surrounding her with the waves that she was born from. It’s hard not to draw parallels between the Renaissance masterpiece and Di Petsa’s Spring/Summer 2021 film, “Self-Birth”. In it, models dance with fluidity, seemingly sprung out of the sea. That’s especially true of those wearing designer Dimitra Petsa’s “wet look” dresses, now as recognisable as The Birth of Venus.

In the past year, these white, drenched dresses have graced many a famous female figure in all shapes and forms. Kylie Jenner has worn one. So has FKA Twigs. In a David LaChapelle photograph brimming with religious overtones, Nicki Minaj revealed her baby bump in all its glory, robed in a Di Petsa gown. Most recently, a pregnant Gigi Hadid was also captured clad in one for her own maternity shoot.

Of course, a doused dress is nothing new. Alexander McQueen once let down a “Golden Shower” on his models for his Spring/Summer 1998 show, leaving them drenched in their gowns.

Even before that, John Galliano had soaked his white muslin frocks for a show in 1985, turning them translucent as they clung onto their wearers. For the infamous Met Gala dress he designed for Kim Kardashian, Thierry Mugler was inspired by a vision of her stepping out of the ocean, dripping wet.

Unlike the first two examples, however, Di Petsa’s wet look dresses are actually dry. Their soaked appearance is thanks to a textile technique that Petsa developed by hand two years ago when she was working on her graduate collection at Central Saint Martins. The Greek designer was researching the relationship between women’s bodies and their fluids — namely, the patriarchal censorship of the latter. If women sweat, cry or breastfeed in public, noted the designer on Twitter, they must hide it.

In an act of rebellion, Petsa birthed her signature gowns for her finals collection, simply titled “Wetness”. She saw her doused dresses as a way for women to explore and embrace their “female wetness” — blood, milk, sweat, tears and all. By doing so, Petsa believes that women could reclaim their bodies and, by extension, their sexuality.

“We should treat our bodily fluids in the same way we treat water,” said the designer. “Both are completely natural, and totally uncontrollable. If you even think of the term wetness in the context of being a woman, it’s only during sex that it’s deemed acceptable.”

Petsa’s conceptual presentations, which are part fashion show, part performance art, drive home this message. In “The Water Broke”, the follow-up to her graduate show, Petsa dove into themes of maternity and birth.

“Most men believe women are wet only during sex, but actually, the female experience is more fluid than that,” said the designer. “The Water Broke is about ecstatic birth; women can actually experience pleasure, even orgasm during birth, but this is obviously not portrayed in Western media because society wants us to be afraid of what our bodies can do.”

She isn’t wrong. Of all people, it was Cardi B and Megan Thee Stallion who proved her point in recent memory. Their new single, WAP, revolves around female wetness and pleasure. (Unfortunately, both missed the opportunity to wear a Di Petsa dress in their music video.)

🐚SELF BIRTH 🐚 Music by @xtosgr 💦 link in stories 💙

The song was meant as an anthem of female empowerment, but some, especially straight men, saw it as a threat. Ben Shapiro, in particular, mockingly suggested that women’s wetness was a sign of “bacterial vaginosis, yeast infection, or trichomonis.” That diagnosis was according to his wife, a doctor.

It’s clear why Di Petsa’s work is significant today: They present a poetic exploration of the female body, which is still very much misunderstood by all genders. Most importantly, they do so with a female gaze. Unlike Botticelli, Petsa’s depiction of women is natural and real — simply look at the diverse casting of her collections.

Above all, Di Petsa encourages women to be comfortable in their skin, wet or dry. As the designer put it: “We are mostly made out of the water, and we are constantly trying to fight this.”