Home > Style > Fashion > Did you know that many of ‘And Just Like That’ outfits are thrifted? Here are the details 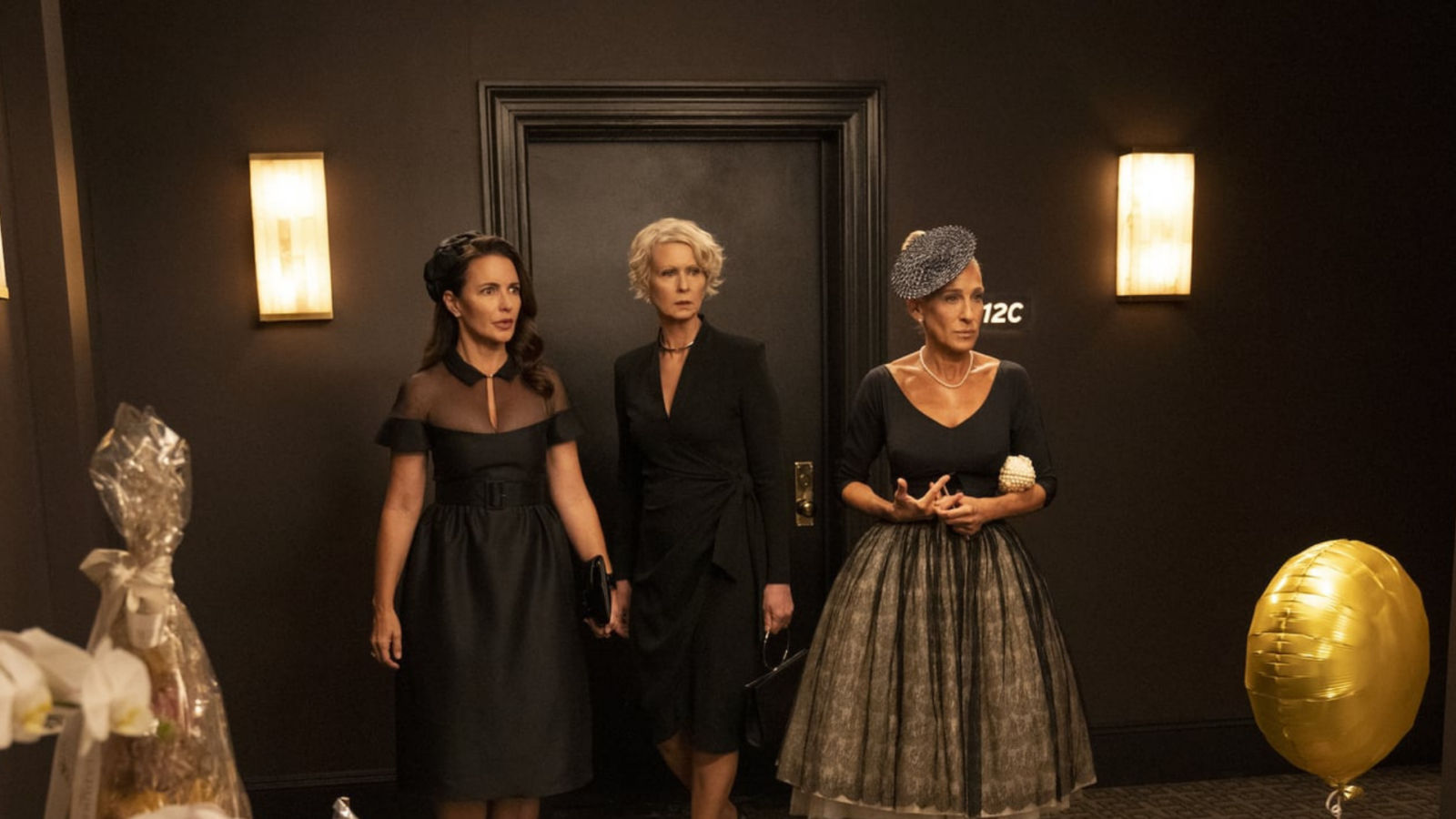 Style
Did you know that many of ‘And Just Like That’ outfits are thrifted? Here are the details
Share this article
Next article

We all know and love the show Sex and the City, even its reboot And Just Like That, especially the glamorous and incredible clothes they all adorn. What if we told you that there’s a secret behind And Just Like That outfits?

Sex and the City is an outstanding show and a fan favourite for many people. The characters, scenes, dialogue delivery and even outfits are applaudable. Since they are New York-based, one would assume that all their clothes might come from no less than a high-end brand, living the luxury life at its best. But, what if you found out that for And Just Like That outfits, the costume designer relied on thrifting? Yes, you heard it correctly. Surprising right?

The show’s designers decided to go through a more sustainable pathway with And Just Like That’s outfits for the tremendous three— Carrie, Charlotte, and Miranda. In partnership with ThredUp, an online thrift store that believes in a sustainable fashion future, they also created clothing for fans to buy. We can now shine our inner Carrie, Charlotte or Miranda not only at a reasonable price but also keeping sustainability in mind. With the pandemic making it difficult for an in-person visit to stores, the designers took it to an online thrift store like ThredUp and TheRealReal.

A list of Sex and the City reboot’s outfits that were thrifted:

Carrie Bradshaw in a paisley dress

Starting off with the dress that made the rounds is this And Just Like That outfit that Carrie Bradshaw dons. People conspired that the attire came from Forever 21 since they saw a similar one there, and everyone was stunned that a fashion icon would succumb to fast fashion. The designers quickly denied it and shared that they had thrifted this dress a long time back with no label. They claimed it could be by an Indian designer but weren’t too sure themselves, keeping the origin a mystery.

Carrie Bradshaw in a vintage jumpsuit

Another thrift finds for Carrie Bradshaw is this gorgeous vintage jumpsuit. The And Just Like That outfit is said to be thrifted from Replika Vintage and claimed to be a vintage Claude Montana panelled linen jumpsuit. Even while thrifting, they made sure to find a high-end brand for Carrie. In this way, the designers continued keeping in touch with her fashion choices while also taking a sustainable route.

Carrie wears many extravagant clothes, but sometimes even she needs simple fashion. She can pull of even something as simple as a sweatshirt, one of the items the designers got from Arcade Shops. Everyone seemed to want this And Just Like That outfit, but it turned out to be a one of a kind bagged by none other than Sarah Jessica Parker. How can someone make even a sweatshirt look so chic?

Another And Just Like That outfit from Arcade Shops is this gorgeous vintage 80s Judy Hornby Couture silk ombré dress that none other than Carrie Bradshaw embodies. We are living for these Carrie Bradshaw vintage looks and what makes it even better is that they are thrifted. Be right back as we search for the closest thrift stores to live a life like Carrie.

Not only is Carrie Bradshaw into thrifting, but we also have Charlotte, whose And Just Like That outfit has been thrifted. Charlotte’s rose detail shirt she wore in the very first scene is said to be a thrift find from Lofty Vintage, an extension of none other than Arcade Shops. The shirt is originally from a brand called Go Silk.

Miranda Hobbs is another character whose several And Just Like That outfits were from thrift stores. The designers had said that in almost every scene of the first episode, she donned thrift store finds ranging from boho dresses to maxi ones and even cropped jackets. We assume that one of the thrift finds for Miranda was this bright red vintage linen jacket made by Helmut Lang.

As mentioned before, the show’s designers had revealed that many of Miranda’s And Just Like That outfits were thrifted, so we assume this one is added to the list, too. This drawstring tie-dyed striped faille midi dress seems like a boho dress, something the designers pointed out to be thrifted. It is a Dries Van Noten Dorias dress that we can see she pulled off beautifully.

Miranda Hobbs in a trench coat

Although we might not know what episode the outfit showcases in, this And Just Like That outfit was on Miranda on the show’s sets. Along with a Celine skirt, she’s donning an Issey Miyake vintage trench coat that the designers thrifted from Lofty Vintage, which we know is a thrift store and an extension of Arcade Shops. The vintage trench coat looks chic and sophisticated on Miranda, completing the look.

And Just Like That satc fashion SATC reboot
Sign up for our newsletters to have the latest stories delivered straight to your inbox every week.