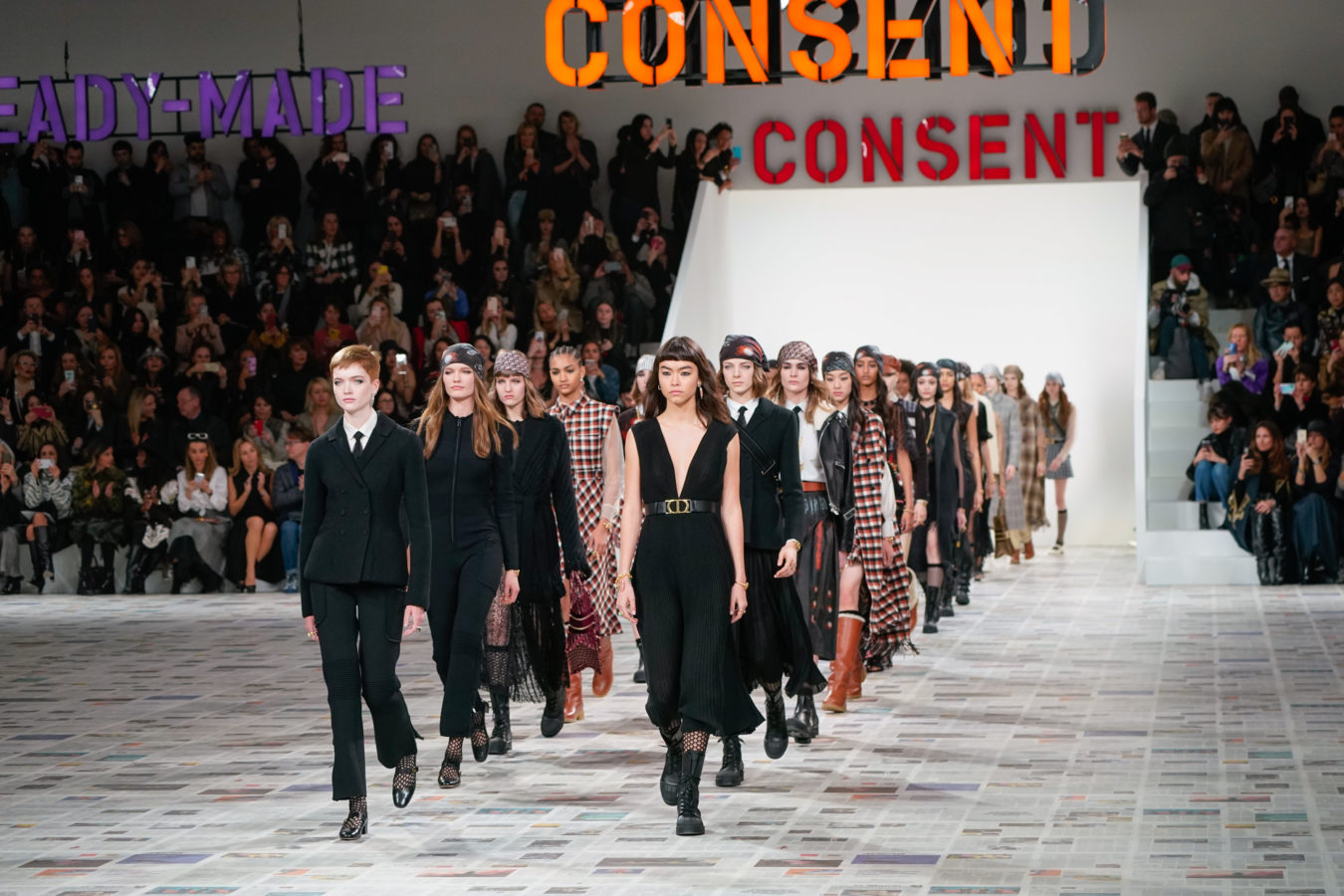 French luxury brand is likely to stage its first major Dior fashion show since the coronavirus outbreak. This cruise collection 2020 show which was due in May is now going to happen amidst baroque splendour of the Piazza del Duomo in Lecce on July 22 — albeit with only ‘friends and family’ as exclusive viewers.

The world was longing for attires with “magic and emotion”, and even artists and artisans were hopeful and relying on luxury labels which owed them, to get livelihood back on track said Designer Maria Grazia Chiuri. The Italian designer said she was dedicating the show, which she said will have a more “natural and rural” feel to its flower motifs, to her late father who was born in the Apulia region in the heel of Italy.

Chiuri, the first women to lead the fabled French fashion house, said that her father “taught me to believe in myself, and during difficult times, to believe in the future.” Which also meant trying to protect the army of artisans who work for Dior.

“When we talk about sustainability we must not forget also the jobs of the workers,” Chiuri said in a frank online press conference, a rarity in the highly-controlled fashion world. “We care about the work and we take care of the workers, I am one myself… and we want to work in the best way.”

Dior also strongly signalled that it would not join rivals Gucci and Saint Laurent in their decision to opt-out of participating in Paris fashion week every year in order to follow their “own creative rhythm”.

Several other brands have also called for a major overhaul of the frantic fashion calendar. But Dior CEO Pietro Beccari said it would stick with Paris fashion week and made an impassioned defence of live catwalk shows. He said nothing beats “seeing and feeling” the clothes and the brand wants to “send out a message of rebirth after this period of great difficulty.

“Nothing carries emotion more than a real fashion show. A live performance is like nothing else, the electricity that we feel in that creative moment, the deadline, the adrenaline. “That is why we wanted to do a live Dior fashion show, and why we believe there will always be a place for a live show,” Beccari added.

While Dior’s Paris haute couture week show in early July would not be live, he said, it would have “another big surprise”. Rather than turn everything upside down, Beccari said Dior “decided to take a pragmatic approach to the crisis and live day by day. “When I see countries like China who came out of the crisis early, I feel people really want to restart the things they were doing before, and that is the approach we take.