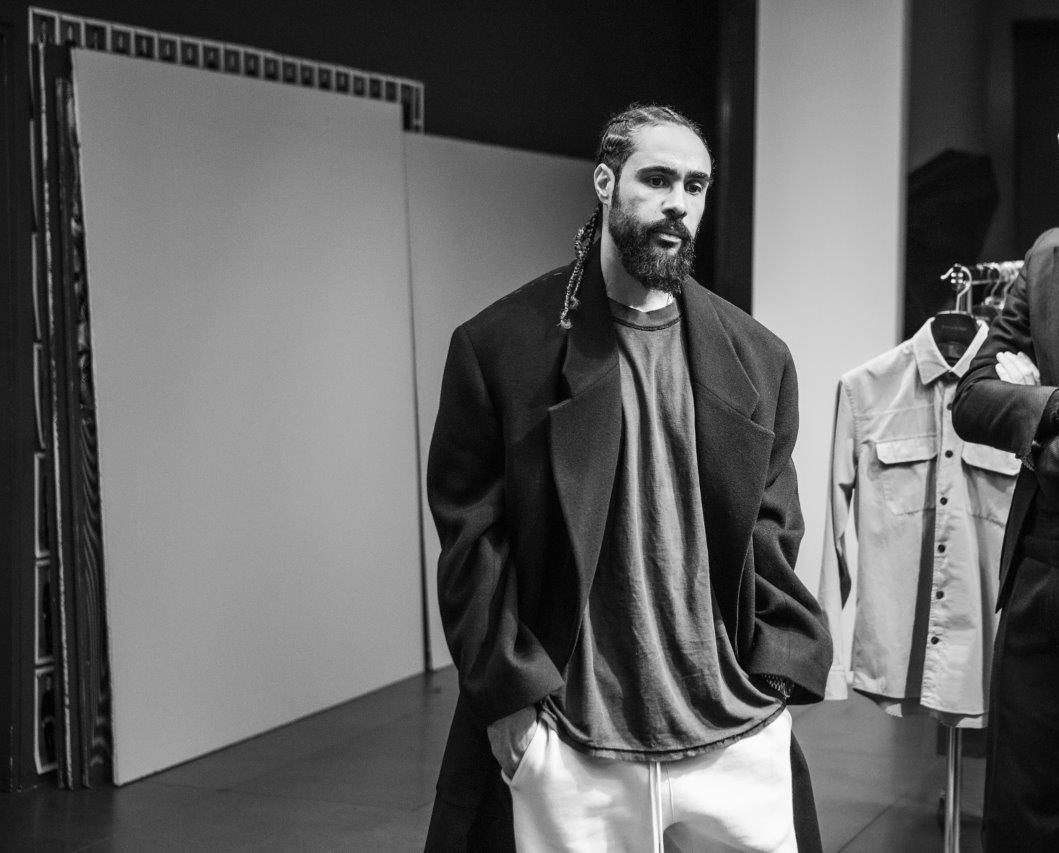 Think of street style and the first images that flash in your mind are probably of oversized parkas, heavy-duty hoodies, and denim in all its variations. But LA-based Jerry Lorenzo’s luxury street style brand Fear of God aims to dismantle stereotypes with its narrative that encapsulates street aesthetic and a whiff of sophistication.

Launched in 2013, the brand has slowly but steadily blazed a trajectory to success, piquing the interest of design mavericks such as Kanye West, Virgil Abloh, Zegna’s Alessandro Sartori, and Gucci’s Alessandro Michele.  The brand recently dropped its latest offering The Seventh Collection and reimagined the idea of street style in a new light. Unlike Lorenzo’s past collections for the brand, this one introduces impeccably tailored pieces, exquisite knits, and accessories.

One might wonder what makes Lorenzo an exception to his street style genre contemporaries; we say, it is his sense of millennial luxury. Understated, functional yet uber-cool, Lorenzo is introducing a fresh aesthetic of streetwear that is a result of several cross-pollinated ideas. Imagine cashmere hoodies paired with military jackets, mules and espadrilles crafted in Nappa leather and upgraded car coats as an ode to the classic American workwear. It all comes together in his latest offering.

But it is not just about his textural interplays and subtle colour palette that makes his latest collection stand out, there is more to it.

Born and raised in a religious household, Lorenzo is a devout Christian. He titled his brand ‘Fear Of God’ after reading Oswald Chambers’ devotional literature ‘My Utmost for His Highest’. ” When you’re at peace with God, there’s a fear of God that’s reverence. But on the flip side, when you don’t know God, there’s a literal fear. So I wanted my brand’s name to play on these two different meanings.” he said in a 2017 interview to fastcompany.com.

Style
6 brands that showcase the chicest chiffon sari in India

Religion also peeks in his latest collection; the number 7 denotes a sense of completion and perfection, and that’s what Lorenzo is trying to strive for through The Seventh Collection. For him creating an evolved narrative behind the street style is about giving his clients not just clothes but a lifestyle that is easy and helps them embrace their individuality.

His idea of fashion stems from clothing that transcends trends and seasons; it is intertwined with one’s identity. Take for instance his luxurious hoodies and sweats which celebrate the centennial anniversary of the revolutionary professional baseball Negro Leagues.

“To be able to celebrate the Negro Leagues, and still also keep this consistent theme of American luxury, it gave me the drive that I needed to add this expressive element to this entire collection,” Lorenzo informed in an interview with MLB.com.

Lorenzo’s idea behind incorporating design elements dedicated to baseball signals his deeper connection to the game. His father Jerry Manuel played in the Major Leagues and later managed the Chicago White Sox (1998-03) and The New York Mets (2008-10). His grandfather Lorenzo Manuel was a pioneer in his own right; he played in the Negro Leagues, as a pitcher for the Atlanta Black Crackers. As a young creative, he grew up intrigued by all facets of baseball. Denzel Washington’s images from the 80s and the 90s wearing Negro League t-shirts and Billy Crystal’s Comic Relief T-shirts became cultural points of reference for Lorenzo.

However, his ode to an American way of life is not just what makes his latest offering unique. He is one of the few street style mavericks who have understood tailoring at its best. We got an initial view when he joined hands with Ermenegildo Zegna’s Alessandro Sartori for a collection. A line comprising of lightweight suede shirt-jackets, black leather bombers, sharp suits, and a range of denim exhibiting an American country attitude hit the Paris Fashion Week runways in March earlier this year. All pieces crafted in the finest natural fabrics stood for a new street style vocabulary. Lorenzo is touching on the same tenets of excellent tailoring in his collection too; think dinner jackets, shirt, trousers, and a range of outerwear all crafted in innovative fabrics sourced from Italy and England.

Unlike his previous collections that signalled a Kurt Cobain-approved grunge aesthetic with flannel shirts, drop-crotch shorts, and zipped up hoodies, Lorenzo has envisioned his The Seventh Collection for a more updated shopper. For instance, there is a juxtaposition of textures; the signature hand-washed pieces of denim against puffers made in Japanese nylon; belted suits against slouchy cotton shirts.

Overall we’d say Fear of God’s latest collection exhibits Lorenzo’s point of view on fashion as an outsider. He did not receive a formal education in fashion; worked as a party promoter in Los Angeles, gained some retail experience working at Diesel’s stockroom. His first collection garnered rave reviews and also Kanye West’s patronage. Lorenzo collaborated with him on his Yeezus Tour merchandise and Yeezy Season One. Today, his clients include Jared Leto, Ellen DeGeneres, and Beyoncé, to name a few. With no external agencies investing in the brand, Fear of God’s annual revenue doubled year-after-year from 2013-2019, according to the Business of Fashion.

What Lorenzo has brought to the table is the idea that modern luxury is a democratic space and has been able to navigate successfully. As he summed up his idea of freedom on Business of Fashion’s Zoom live, “I am fighting for our customers to be able to speak luxury and sophistication and still wear a proportion and a shape that is for them. How can you wear a designer and speak elegance when you are wearing a hoodie and sweat pants, and still be the person you are? I am fighting for that kind of freedom.”

Luxury Fashion Street Fashion Streetstyle luxury menswear Jerry Lorenzo
Anupam Dabral
Sr. Associate Editor
It was while studying fashion journalism at London College of Fashion that Anupam developed a keen interest in the anthropological aspect of the discipline; for him, fashion only makes sense when seen in the context of its environment. He is always on the hunt for great stories, and in his spare time binge-watches films/shows starring Whoopi Goldberg, Dawn French and Jennifer Saunders.
Fashion Jewellery Style

In love with handloom: 10 sari labels that will make your wardrobe better