Home > Style > Fashion > From Valentino’s show in Tokyo to Celine’s menswear campaign: The news this week 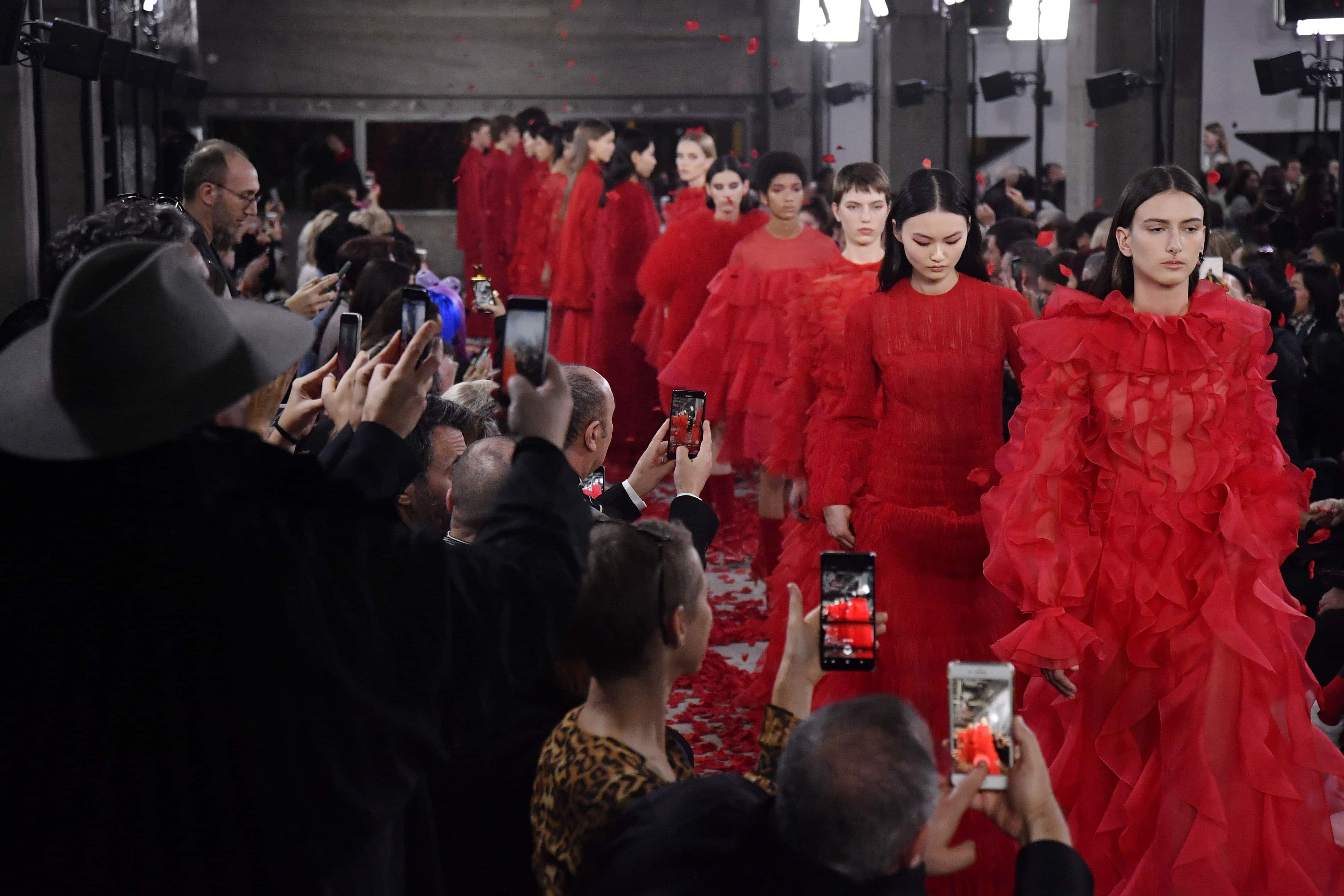 From Valentino’s show in Tokyo to Celine’s menswear campaign: The news this week

Style
From Valentino’s show in Tokyo to Celine’s menswear campaign: The news this week
Share this article
Next article

From international runway shows to store launches to some of the most interesting fashion collabs, this past week was action-packed.  While Pierpaolo Piccioli, creative director, Valentino showcased his first coed, the pre-Fall collection in Tokyo, Celine released its first menswear campaign. On the home front, ace couturier Varun Bahl and textile revivalist Sanjay Garg, launched their new state-of-the-art brick and mortar spaces. Also, if you have missed out on Comme des Garçons’ holiday collaborations, here is everything you need to know.

The Italian heritage brand, Valentino staged it’s menswear and womenswear collections for the first time in Tokyo. Pierpaolo Piccioli, Creative Director for the brand who is known for his urbane and sophisticated designs took inspiration from the Japanese idea of wabi-sabi which stands for ‘finding beauty in imperfection’. Creating pieces which balanced brand’s signature maximalism and Japanese minimalism, Piccioli derived a completely new narrative; sun-ray pleats were reimagined on a pantsuit, rather than a gown; whimsical floral patterns were reinterpreted in red and black; a basic trench was transformed into a heavy mohair overcoat; Aran knitwear was used to recreate a cape. To close the show, Piccioli relied on red carpet worthy gowns in the signature ‘Valentino Red’, finished with silk ruffles, oversized bows and fish scale detailing.

Sanjay Garg launched the first Raw Mango Flagship store on Walton Road in Bengaluru. The 1,800 sq. ft. space exudes old-world charm. The store is well lit owing to its large windows and the classic red oxide flooring exists alongside new explorations of South-Indian temple design. The interiors for the store were done by Raw Mango’s Creative team with Adityan Melekalam of Squadron. The store is replete with the brand’s signature detailed décor accents. Raw Mango’s Bengaluru store will stock saris including bridal collections as well as textiles.

Ace couturier Varun Bahl recently opened a new store in Kala Ghoda, Mumbai. The Delhi-based couturier who is known to create exquisite bridal Indian ensembles has created one of a kind experience for Mumbai brides. The 3,000 sqft space is designed by Huzefa Rangwala and Jasem Pirani of Muse LAB; the interiors are punctuated by arches, mirrors and artistic grills. The mini conservatory within the store houses some of the most exclusive couture pieces for the brides.

Label Ritu Kumar launched its new store in Mumbai. The 905 sqft space located on Linking Road in Bandra is brand’s 4th stand-alone store. From classic ready-to-wear pieces such as skirts, tops and other separates, space also houses a jewellery line created in collaboration with Rhea Jewellery, a Mumbai based brand.

In a first-of-its-kind collaboration, Gucci and Comme des Garçons have come to create an iconic shopper bag for the upcoming holiday season. Comme des Garçons is celebrated for its design-led minimal approach to fashion, while Gucci is recognised for its eclectic and decorative style. Based on an original design of a shopper created by Comme des Garçons, this unique piece is personalised with a Gucci vertical green-red-green web stripe. The bag is made in craft brown paper featuring a distinctive plastic ‘shell’ that gives it a contemporary, industrial appearance. The shopper will be launched in Japan on 23rd November through Comme des Garçons and Dover Street Market Ginza as a worldwide preview

Hedi Slimane’s just launched a film for his Celine Men’s Campaign. Credited for transforming Céline’s relaxed and often termed as ‘intellectual’ aesthetic into the punk-inspired vibe, Hedi doesn’t seem to stop. Not only did he introduce Celine in a completely new light; changed the logo by removing the accent from the “E” and packed the runway with his signature sharp, skinny pieces. He is now all set to introduce menswear for Celine as a part of Paris mens show schedule. He recently released a short film featuring some key images from the Celine SS19 fashion presentation during Paris Fashion Week clicked by Slimane, himself in London. The images of classic white shirts, sharp double-breasted jackets and bikers have been weaved over a background of the 1985 classic track “Polaroïd/Roman/Photo” by French synth-pop duo Ruth.

British luxury retailer opened its second store in Delhi at Select City Walk. Packed with the best of winter essentials, the store celebrates the best of Indian and British culture. The Ted Baker store is everything you want it to be – chic, classic and stylish with a twist and features a modern design that complements the brand’s smart casual clothing. The store also showcases the brand’s entire handbag line.

Fashion Style Valentino Pre-Fall 2018 Celine menswear Ritu Kumar store launch Varun Bahl store launch Gucci holiday series
Anupam Dabral
Sr. Associate Editor
It was while studying fashion journalism at London College of Fashion that Anupam developed a keen interest in the anthropological aspect of the discipline; for him, fashion only makes sense when seen in the context of its environment. He is always on the hunt for great stories, and in his spare time binge-watches films/shows starring Whoopi Goldberg, Dawn French and Jennifer Saunders.
Fashion Jewellery Style
Sign up for our newsletters to have the latest stories delivered straight to your inbox every week.