Home > Style > Fashion > The real stars of the ‘Gossip Girl’ reboot are the bags. Here’s where you can get them 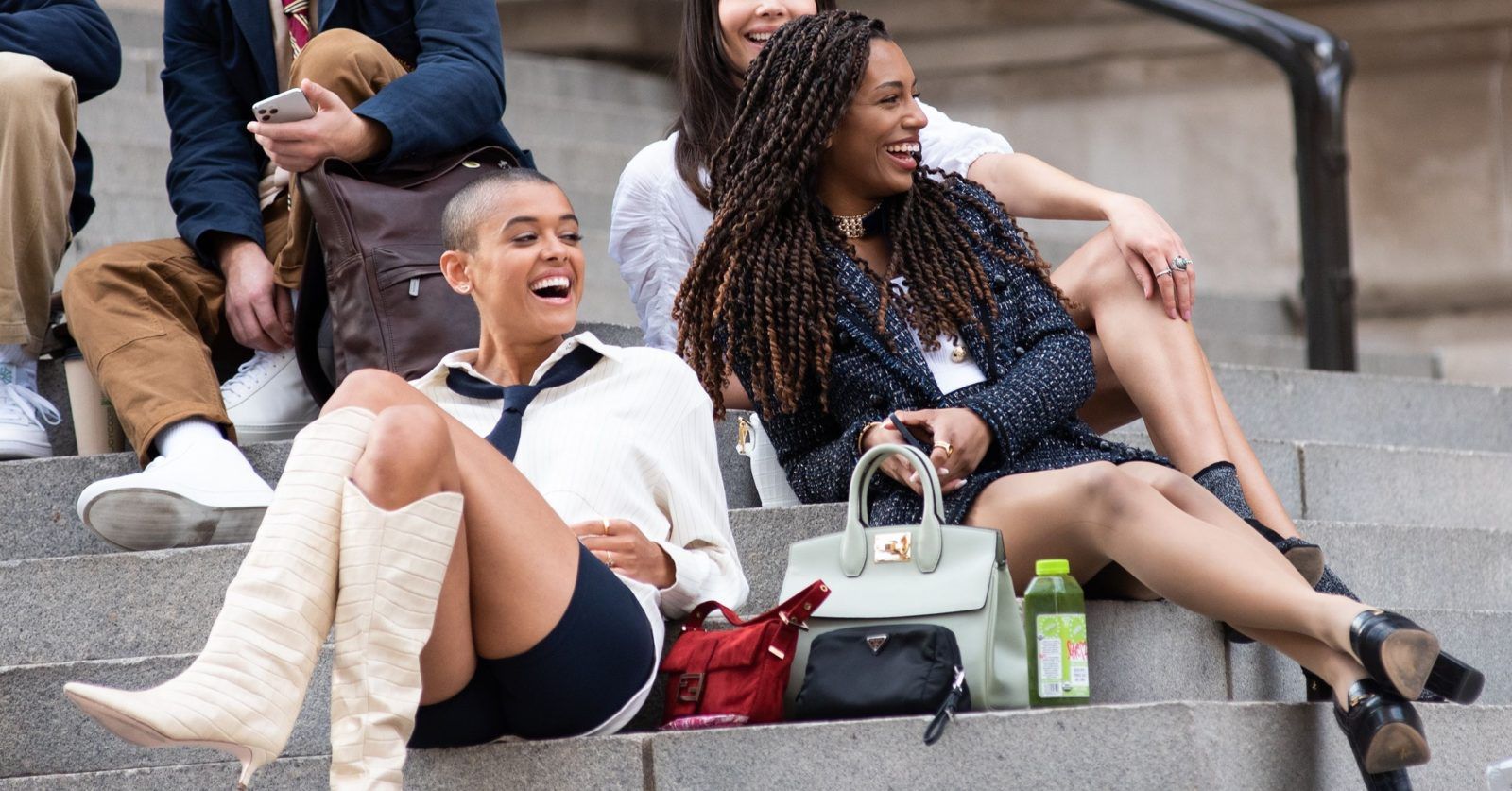 The real stars of the ‘Gossip Girl’ reboot are the bags. Here’s where you can get them

Style
The real stars of the ‘Gossip Girl’ reboot are the bags. Here’s where you can get them
Share this article
Next article

Remember when Gossip Girl invented fashion? The television series that followed the scandalous lives of Manhattan’s (fictional) elite, as Kristen Bell introduced to millions of viewers, had everything we could ask of a teen show in the late 2000s.

There was the attractive cast, the pop-fuelled soundtrack, the celebrity cameos and the controversies that spilt over into real life. Most importantly, the show also informed the closets of young women around the world, who looked to Blair Waldorf’s preppy outfits, Serena Van Der Woodsen’s luxe-yet-laid-back looks, and Jenny Humphrey’s transformation into a gothic Barbie for inspiration.

In fact, Gossip Girl‘s style was just as delicious as its secrets: the show established fashion trends and drove sales at New York department stores like Bloomingdale’s and Barneys (RIP). Today, its fashion legacy — and all the bags, dresses and shoes that sold out shortly after each episode aired — lives on through countless Pinterest boards and Instagram accounts with thousands of followers.

Gossip Girl’s success at selling clothes on screen also served as the blueprint for the distinctive styling on newer shows, from Euphoria to Emily in Paris. But perhaps no other series will carry the mantle at being so marketable as the Gossip Girl reboot that is now in the works.

Style
How many of these fashion designers and their muses did you know?

We haven’t gotten so much as a teaser, but the series has already spawned several Instagram pages highlighting what was worn by the stars on set. (Perhaps the fact that the upcoming show shares the same costume designer as the OG GG series can explain the premature style obsession.) And from the behind-the-scenes shots, we’ve seen — including way too many photos of the cast sitting on the steps of the Met — it’s pretty clear that the bags are a big deal.

From iconic pieces by Dior and Louis Vuitton to trendy styles by emerging fashion labels and vintage It-bags, the arm candy featured on the Gossip Girl reboot is as diverse as its cast. Each bag, as we’ve learned from the show’s original incarnation, is a totem of the different personalities that we’ll all be rooting for — or hating on — when the reboot finally premieres later this year.

Still, why wait? Below, we spotlight all the stylish bags that will soon be on everyone’s wishlists — get yours before they sell out. 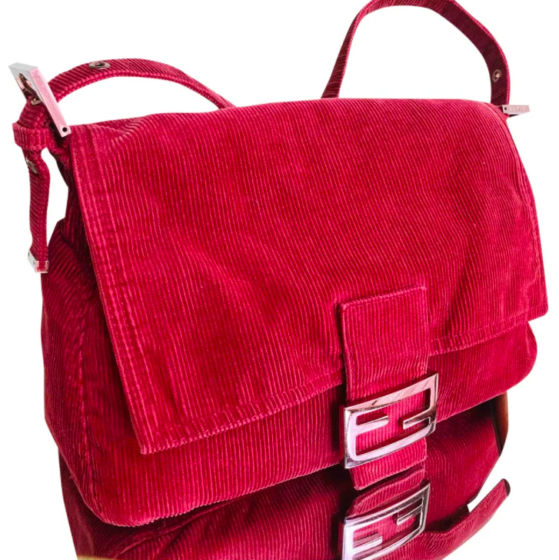 The Gossip Girl reboot is made for the Gen Z crowd, so you can expect a lot of vintage goodies. That includes this corduroy Fendi Baguette seen on Jordan Alexander, who plays Julien Calloway. 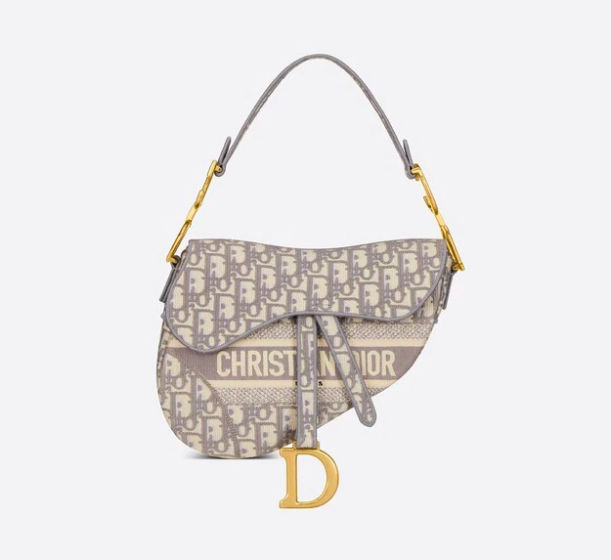 Julien Calloway clearly has a thing for the It-bags of the 2000s. She sports this Dior Saddle bag, similar to the one owned by Blackpink’s Jisoo, in one scene. 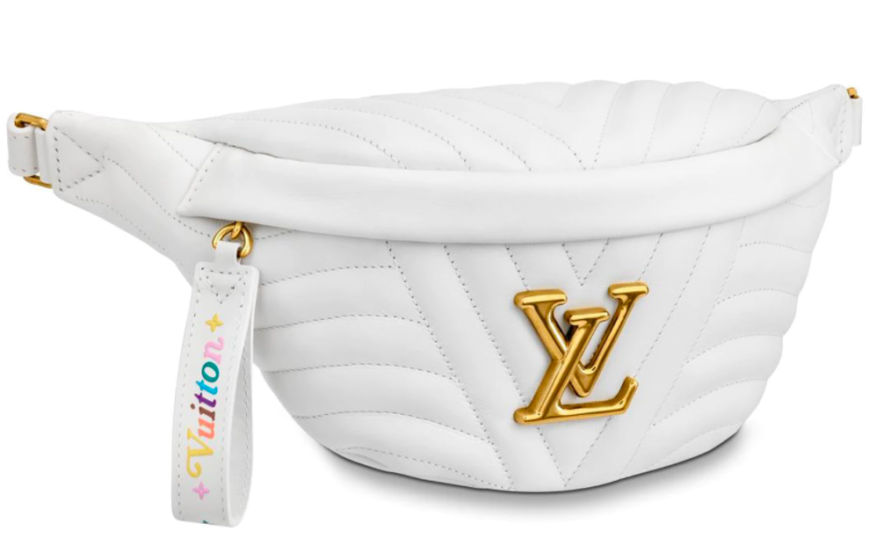 This quilted Louis Vuitton bumbag, which came out in 2019, is too new to be considered vintage, but Julien Calloway demonstrates that its appeal still holds. She wears it similarly to how Hailey Bieber did — with a laid-back ensemble and a lot of attitude. 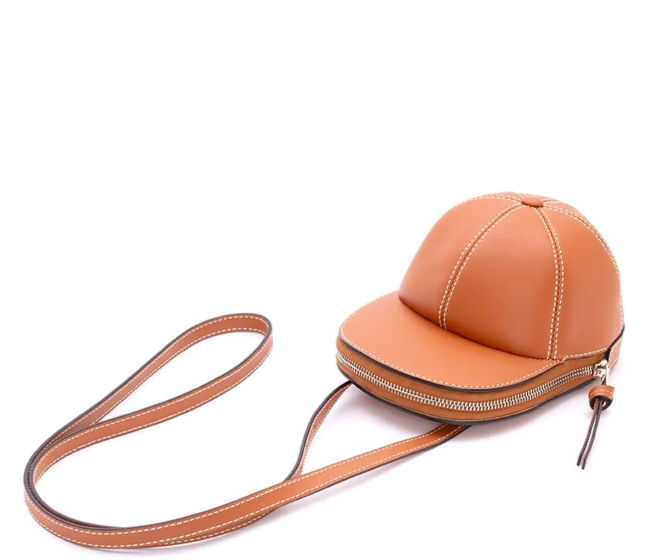 Julien Calloway’s tomboy style is embodied by this playful Cap bag from JW Anderson. During a separate scene, she sports another JW Anderson creation: the Loewe Puzzle bag. 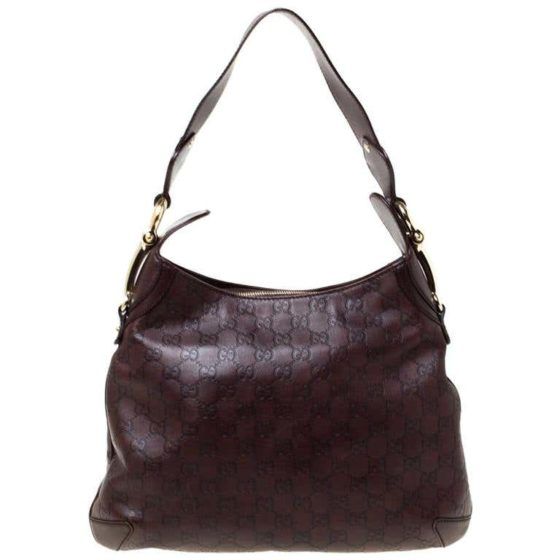 Another vintage treasure in Julien Calloway’s wardrobe is this Gucci hobo bag. It’s made of the brand’s embossed Guccissima leather, which was introduced by the former (and oft-overlooked) creative director, Frida Giannini. 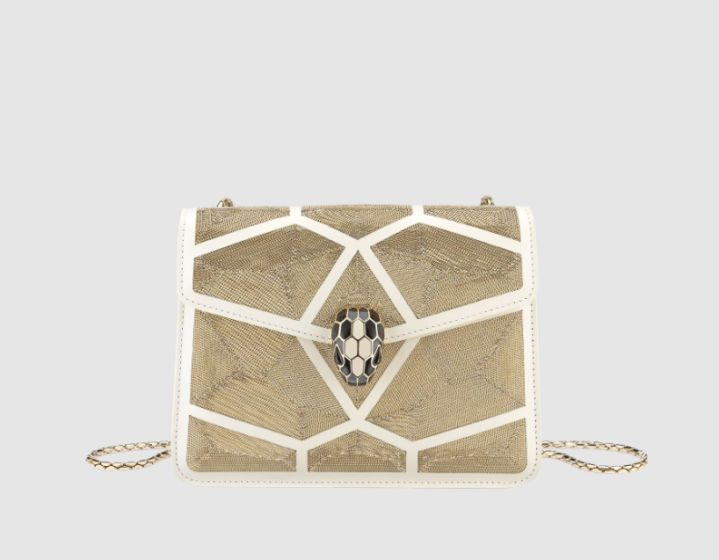 In a look clearly inspired by Rihanna, Julien Calloway steps out in a red-hot slip dress, nude heels, and this statement Bulgari handbag. 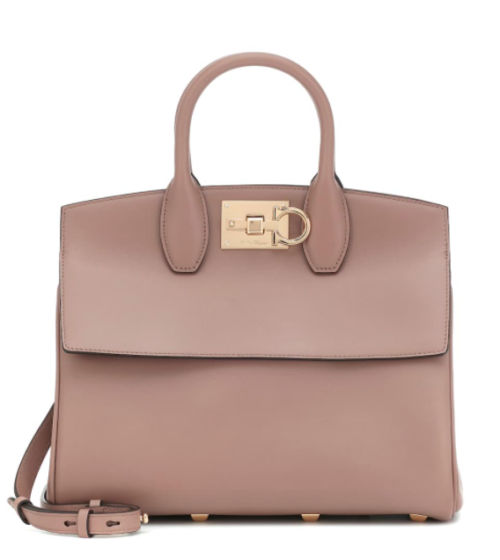 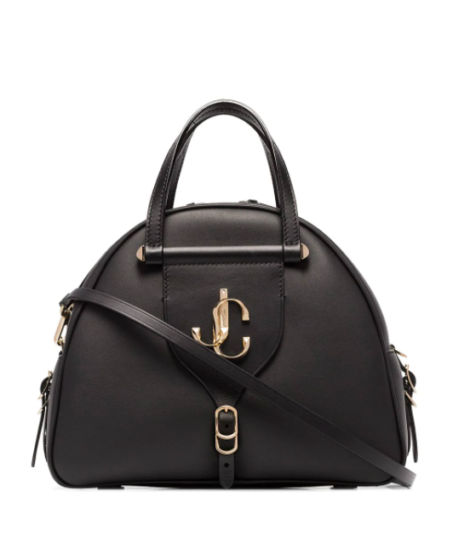 In another scene, Monet shows off this Jimmy Choo bowling bag in the sold-out green suede version, but the black leather one is just as tasteful.

To add a dose of playfulness to an outfit featuring a pinstripe blazer, Monet de Haan carries the cult-favourite Jacquemus Le Chiquito bag. 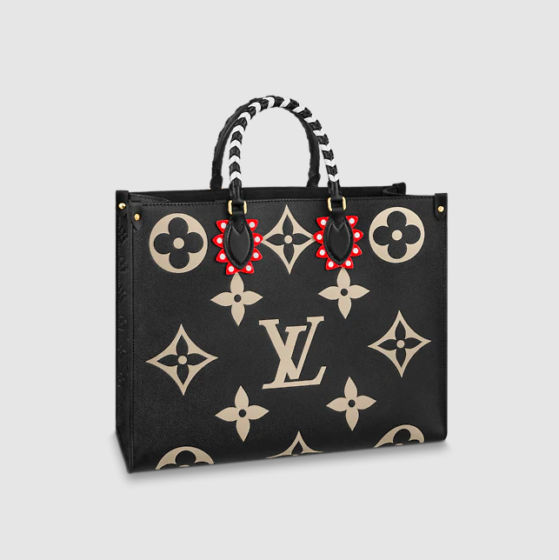 As hinted on Instagram, Zion Moreno’s Luna La is supposed to be the most fashionable character of the Gossip Girl reboot. In the age of social media, that translates into her wearing this Louis Vuitton tote bag with a monogram that’s hard to miss. 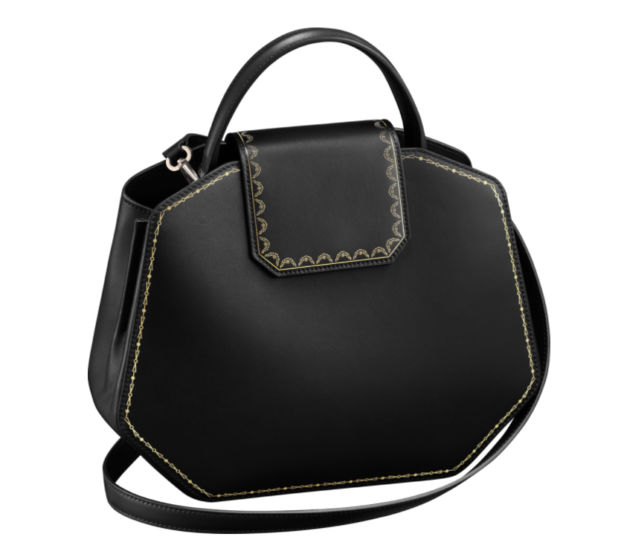 Cartier’s signature handbag, which is inspired by its iconic jewellery box, is a favourite of Poppy Delevingne, Aimee Song and Audrey Hope, played by Emily Alyn Lind. 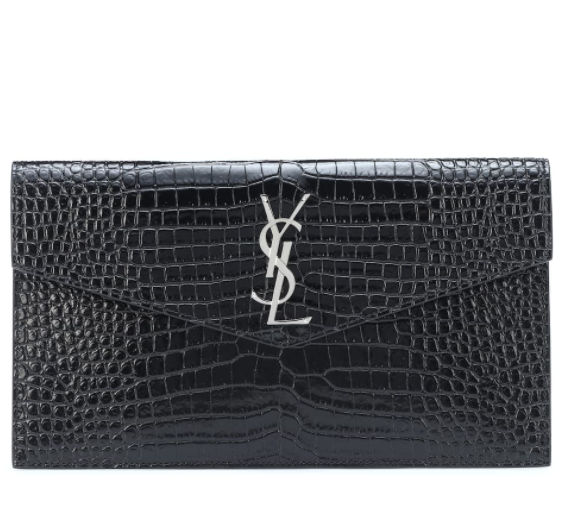 Even an Upper East Sider like Audrey Hope isn’t immune to the allure of Parisian glamour; she flaunts this Saint Laurent envelope clutch in a scene with Evan Mock’s Akeno Menzies and Broadway star Laura Benanti. Moon bags had quite a moment last year, but they deserve another one if the Gossip Girl reboot has anything to say about it. This sculptural style, spotted on Audrey Hope, has the added bonus of being made with croc-embossed vegan leather. 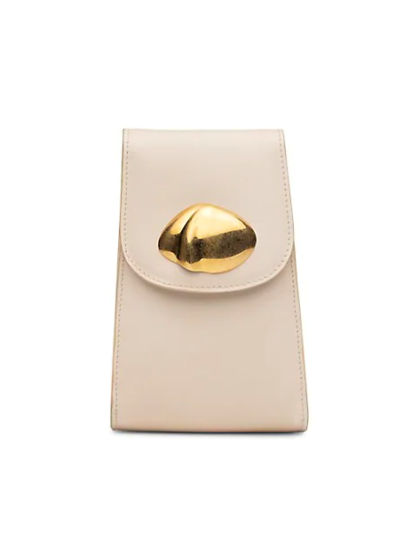 Whitney Peak’s character, Zoya Lott, favours a relaxed style consisting of denim, sneakers and tote bags with activist slogans. When she glams up — in a metallic mini dress, no less — she opts for this mini bag from Scandinavian accessories brand Little Liffner. 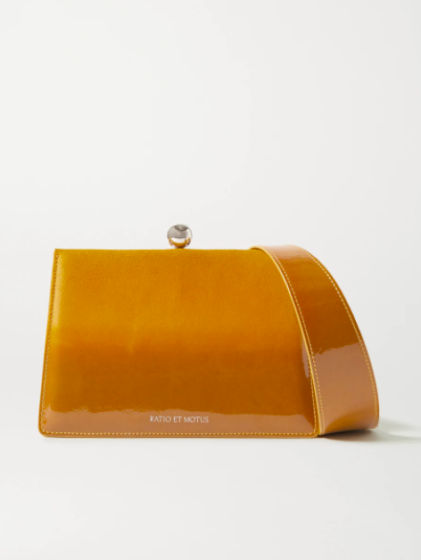