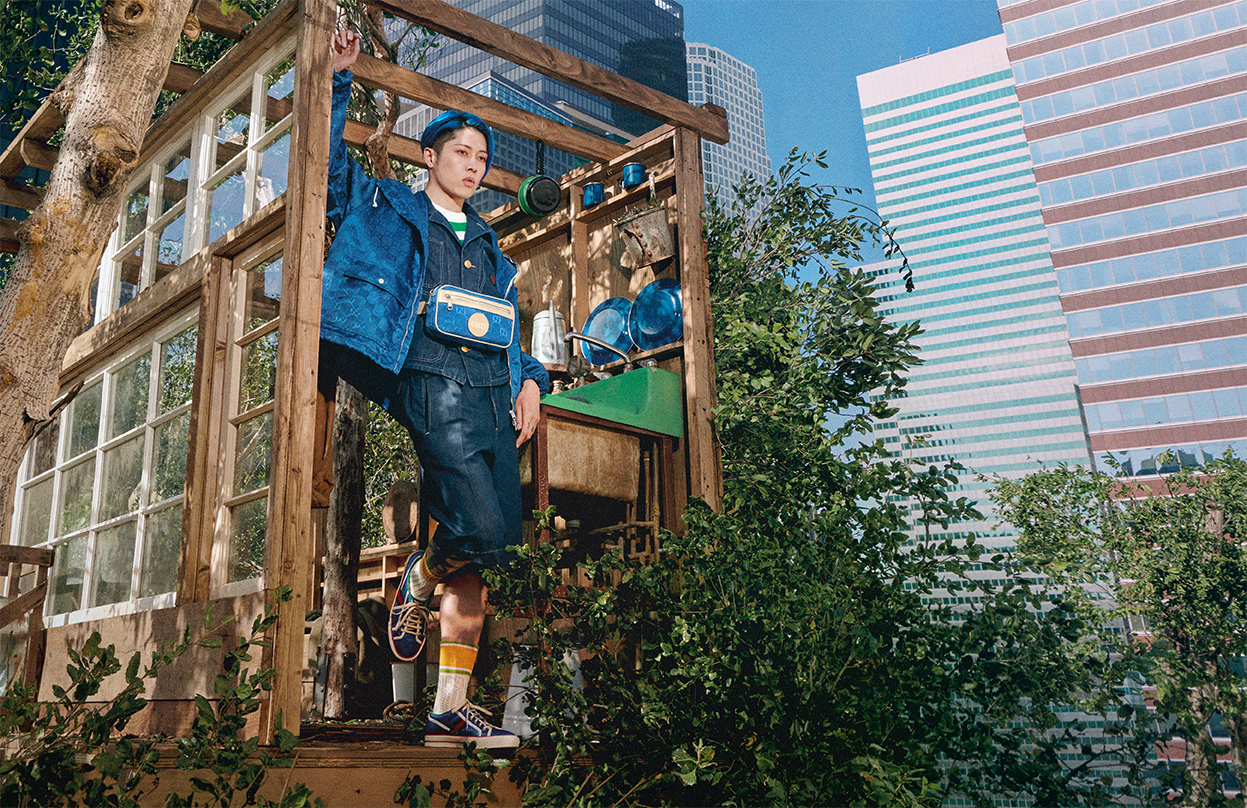 Sustainability and its varied aspects need more focus now than ever. And Gucci is one brand that has fostered an everlasting commitment to responsible fashion. After announcing its year-long fashion show schedule, the brand recently launched Gucci Off The Grid, the first collection from Gucci Circular Lines, designed by creative director Alessandro Michele, an initiative created to support the House’s vision for circular production. It is a collection of genderless luggage, accessories, footwear, and ready-to-wear that send out a powerful message. Gucci has used recycled, organic, bio-based, and sustainably sourced materials, including ECONYL®, regenerated nylon made from nylon offcuts and pre- and post-consumer waste to carve out the collection.

As the cast assembles a treehouse, the visuals showcase a striking contrast between the small-scale wooden structure and the majestic city skyscrapers. The treehouse and the simple way of life it represents becomes a powerful metaphor for the desire to escape the conventional life and enjoy an Off The Grid experience. “The collection is the result of teamwork. Everybody brought something to it. And in the campaign, too, there is this idea of dialogue among people building something new,” says Michele. “I imagined that we could build a treehouse in the city centre, all together, like kids playing in the park. Because all of us need to build this house or to find out that our planet exists, even where it seems it’s not there, or it’s far away.”

Another interesting addition to the Gucci Off The Grid collection is the themed quiz available on the Gucci App, which will allow users to challenge themselves responding to questions about the collection and its circular production process. Taking inspiration from the campaign’s concept, players can build their own city tree house virtually by correctly answering questions, eventually unlocking dedicated wallpaper to share on social media.

Just recently Gucci also refreshed its Equilibrium website. Launched in 2018, it aims to inspire and unify a community of voices to join the conversations around topics that are increasingly critical in today’s world.

Stylish activewear pieces for your home workout and workout selfies