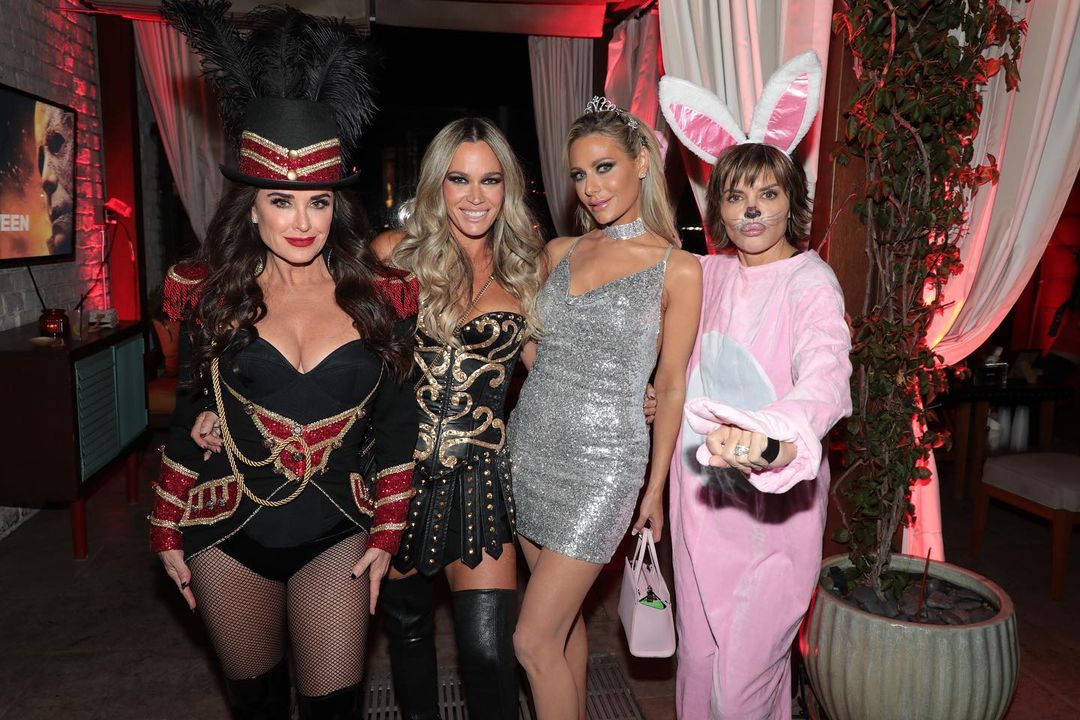 Tis’ the season to dress up! Halloween is creeping up on us faster than we think, and we know it will be full of creative costumes this year. It seems like the party has already started for a few people this Halloween.

For a long time, celebrities have been dressing up as each other or different movie and TV series characters for the spooky season, Halloween. They are never too shy to go all out with their looks, and who is to blame them? With their every move captured, why not be pictured in the correct attire for the right time. Celebrities are notoriously known to have their looks ready earlier with the collection of Halloween parties they have to attend.

Megan Thee Stallion put her twist on Halloween, giving it the name Hottieween. The three-time Grammy award winner posted her look dressed up as Pinhead from the franchise Hellraiser. Designed by Bryan Hearns, this look took a team of talented artists to give their sultry turn to the original look. Inspired by Gottmik, styled by Zerina Akers, and the makeup done by Lauren Sinclair (Lahluvie) with the assistance of Lauren Elise Child (Lorvida), Megan Thee Stallion is doing Halloween right!

This year, inevitably, Squid Game is going to be the go-to show for everyone’s Halloween looks. Whether through costumes or incorporating the show’s aspects through makeup, it is going to be everywhere. Like Hayley Kiyoko, the all-rounder singer, songwriter, dancer and actress, pointed out on her Instagram as she dressed up as player number 067 – Kang Sae-byeok from Squid Game. She did justice to the character for sure, with the green tracksuit, hair and the deadpan stare.

Travis Barker and Kourtney Kardashian as Sid and Nancy

Travis Barker and Kourtney Kardashian have been in the news a lot, with their relationship and recent engagement, and now with them dressed up as punk rock icon Sid and his girlfriend, Nancy, for NoCap x Travis Barker House of Horrors concert. Both clad in wigs and leather, no one could do this look like this dynamic duo!

American rapper Machine Gun Kelly was also present at the NoCap x Travis Barker House of Horrors Concert amongst many other artists. Dressed in a Horned Mask and a Skeleton suit, he looked nothing less than gory, the perfect vibe for Halloween. This costume was a great choice, matching his personality precisely as intended.

In tribute to her mother Janet Leigh, who played the role of Marion Crane in the 1960 movie Psycho, Jaime Lee Curtis dressed up as her for the Costume Party Premiere of her new upcoming film Halloween Kills. She captioned, “Honouring my mother in ALL her gory…I meant glory! PREMIERE PARTY TIME!” on Instagram, posing in a blue dress with a bloody curtain, just like her mother’s character.

The Real Housewives of Beverly Hills cast member Dorit Kemsley dressed in a silver dress paired with a silver choker and tiara, just like Paris Hilton, on her 21st birthday. She sure should get a crown for getting the look to perfection. Like Jamie Lee Curtis, this American fashion designer, too, was attending the Costume Party Premiere of Halloween Kills.

Winnie Harlow as a Siren

Model Winnie Harlow was also present at Doja Cat’s party. Dressed in a teal and brown ensemble, representing a Siren, she looked stunning in the dress adorned with crystals and seashells. Accessorizing the attire correctly and wearing the right strappy shoes rounded out the look.

Rickey Thompson as a fish

The social media star and actor showed up to Doja Cat’s birthday as a stylish fish, donning a distressed, meshed pink look and beautiful pearl jewellery. His eye-catching makeup with the highlighter and lipstick tied this look flawlessly!

Billie Eilish as a crustacean

Billie Eilish attended Doja Cat’s underwater themed party with the complete look of a Crustacean, all with a bright red onesie that had the claws and antenna, too. She didn’t look intimidating but crabbin’ cute in this red ensemble.

Harry Styles has never disappointed us with his looks, whether for a show, award function or Halloween. He has never let gender get in the way of his style, and we love that about him. This Halloween, Harry Styles donned the costume of Dorothy from Wizard of Oz. He sure is a wizard with the power of looking dashing in anything, even a dress!

Ariana Grande undoubtedly said Thank You, Next to everyone, with her realistic costume as a monster from the horror film Black Lagoon. Her usual sweet self was under the covers of green this Halloween! She went the whole nine yards with the costume, even creating a poster with the look!

The Truth Hurts singer, Lizzo, was accurately dressed as Grogu, popularly known as Baby Yoda. She even got the expression right! She stands corrected as she captioned her post ” CEO OF 🥺 FOR HALLOWEEN… GROGU LOVE MACAROONIS BUT CRAZY LAST NIGHT GOT 🥺 “. Not only is she CEO of this expression but also of Halloween this year!

Britney Spears was the first concert Hailey went to, as she mentioned in her post, So it seemed appropriate for her to dress up as the iconic singer. Her muse was Britney Spears in Baby One More Time, and she had this look locked down perfectly, with the plaits and scrunchies! 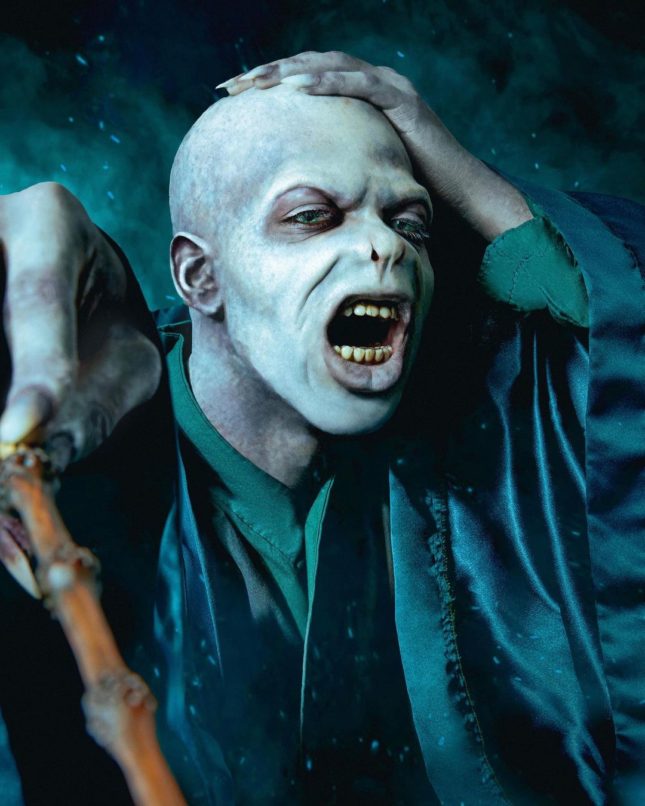 The Montero singer went down the Old Town Road this Halloween. Lil Nas X looked shockingly similar to the Harry Porter antagonist, Lord Voldermort. He even went to the extent of covering his nose, had the complete cape and wand, just as the notorious Lord Voldermort.