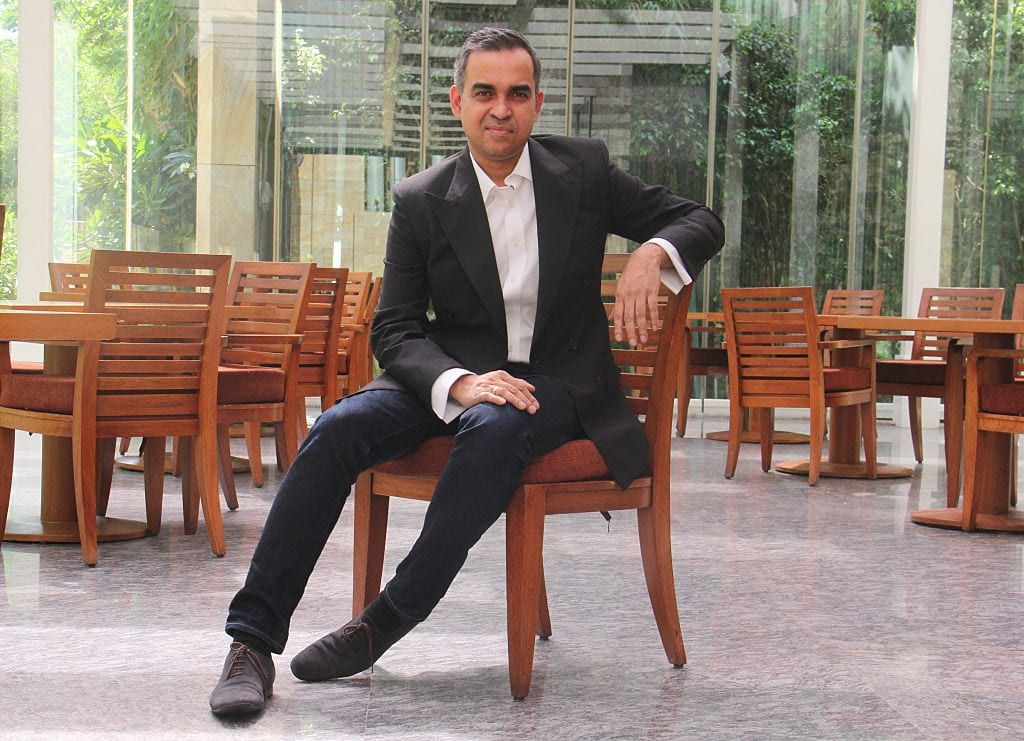 Style
From Michelle Obama to Jennifer Lopez, fashion’s most discerning names trust this Indian designer
Share this article
Next article

This February, Odisha-born, and Manhattan-based designer Bibhu Mohapatra celebrated a decade in fashion. In a lineup inspired by his travels to the gardens of Mount Stewart in Northern Ireland, there were evening wear pieces featuring sequins, feathers, rich colourways and embroideries inspired by the work of Mohapatra’s partner, artist Bobby Beard. Exquisite occasion wear has defined Mohapatra’s design vocabulary and fashion’s most discerning voices such as Jennifer Lopez, Taraji P Henson, Deepika Padukone, Priyanka Chopra, and Demi Lovato have embraced his creations.

His understanding of silhouettes and colour stems from his experiences at Halston where he honed his skills as an assistant designer. Mohapatra was soon hired by Gilles Mendel, CEO J. Mendel, where he held the position of design director for nine years. In 2009, Bibhu Mohapatra launched his eponymous label and received a great response from luxury stores such as Bergdorf Goodman, Neiman Marcus, and Lane Crawford. Over the years his experiments with Indian textiles have stood out. Imagine dresses made in Indian ramie linens, lightweight coats featuring beautiful patterns made out of ikat textiles or halter necks made of Mashru, there is a bit of India in everything that Mohapatra creates. In 2018 he became a part of second annual ‘Odisha Conclave’, where he showcased pieces created in collaboration with the Handloom Revival Project, a government initiative to assimilate local artisans in the mainstream fashion force.

Over the past decade Mohapatra’s inspirations have ranged from Empress Dowager Cixi, Swiss photo-journalist Annemarie Schwarzenbach to author/activist Nancy Cunard, ensuring strong women become a part of his mood board, the same idea has been translated into reality with the likes of Michelle Obama embracing his designs. Her blue floral print shift with a matching overcoat  which she wore during her 2015 state visit to India stands as a point of reference when it comes to Mohaptra’s design narrative.

On his initial encounters with fashion

India, my birth country, has always played a key role in my tryst with fashion and design.  My early childhood days while growing up on Odisha, were filled with much creative inspiration, most of which I took for granted.  The beautiful crafts, the textiles, ornate temples, and the colors, all shaped up my earliest sensibilities. When I was in my teens, I realized my strong interest in all things creative, especially fashion and design. My mother realised that it is a natural instinct for me. One day, upon my request, she taught me how to sew on our old sewing machine we had at home. That was it, not only she taught me the skill, most importantly she gave me the confidence and courage to explore my interest in the craft of creating clothes.

It started with a huge dream to coming to America for higher studies, but there were not many options for me to obtain financial support in the art schools. Since my undergraduate degree was in economics, it only made sense to me to apply for a masters degree and come to the USA on a scholarship. But once I arrived here, I knew that I will have to pursue my ultimate dream of fashion and design and for that, I had to apply at FIT in New York and pay my dues. It was a scary decision but thanks to my father who made me believe that my decision was the right path for me.

My muse is a strong character who believes in her own worth.  Someone who always gathers up the courage to break out and establish her own individuality. She is everywhere, she is every woman who aspires to celebrate that individuality.

Working with Michelle Obama and the opportunity to know her and to have her support, was the life-changing moment for me. She is someone I have always looked up to and will continue to do so. When she decided to wear my outfit on her arrival in Delhi, during the presidential state visit, I realized that I was a massive turning point for me and for my career. Certainly one of the most memorable moments of pride for me and for my loved ones. The best part was, before this moment actually happened, she had actually had whispered in my ears “We are going to do something cool together” during one of my visits to the White House.

On his Initial challenges

2007 and 2008 were challenging years due to the world recession. That is when I started my brand. However, I was fortunate that with my first collection I was able to tell my story of craft and creativity. After my second collection, the brand started to be in multiple stores in the US and from there the growth happened. There are everyday challenges of running a business like any business, but the key thing here is to always maintain a healthy balance of creativity and commerce.

On working with Indian crafts

I think the Indian craft and craftsmen are finally getting some long due exposure and attention. Thanks to a lot of designers awareness in the field and their efforts to continue supporting those artisans who have been carrying on this legacy and keeping it alive. However, I strongly feel that the same awareness is lacking amongst the consumer level. The real change will come when every consumer honors and acknowledges the artisan and their artistry.

I had the beautiful opportunity to collaborate with some of the weavers’ community in Odisha on a project where I designed 35 saris in traditional Ikat techniques. Fortunately, those designs took off and have become commercially successful which gave immense confidence to those weavers community. I am planning on phase 2 of the same project this year with the support from the Odisha government.

On his expansion plans

Red Carpet Fashion Indian designer Bibhu Mohapatra Hollywood fashion
Anupam Dabral
Sr. Associate Editor
It was while studying fashion journalism at London College of Fashion that Anupam developed a keen interest in the anthropological aspect of the discipline; for him, fashion only makes sense when seen in the context of its environment. He is always on the hunt for great stories, and in his spare time binge-watches films/shows starring Whoopi Goldberg, Dawn French and Jennifer Saunders.
Fashion Jewellery Style
Sign up for our newsletters to have the latest stories delivered straight to your inbox every week.