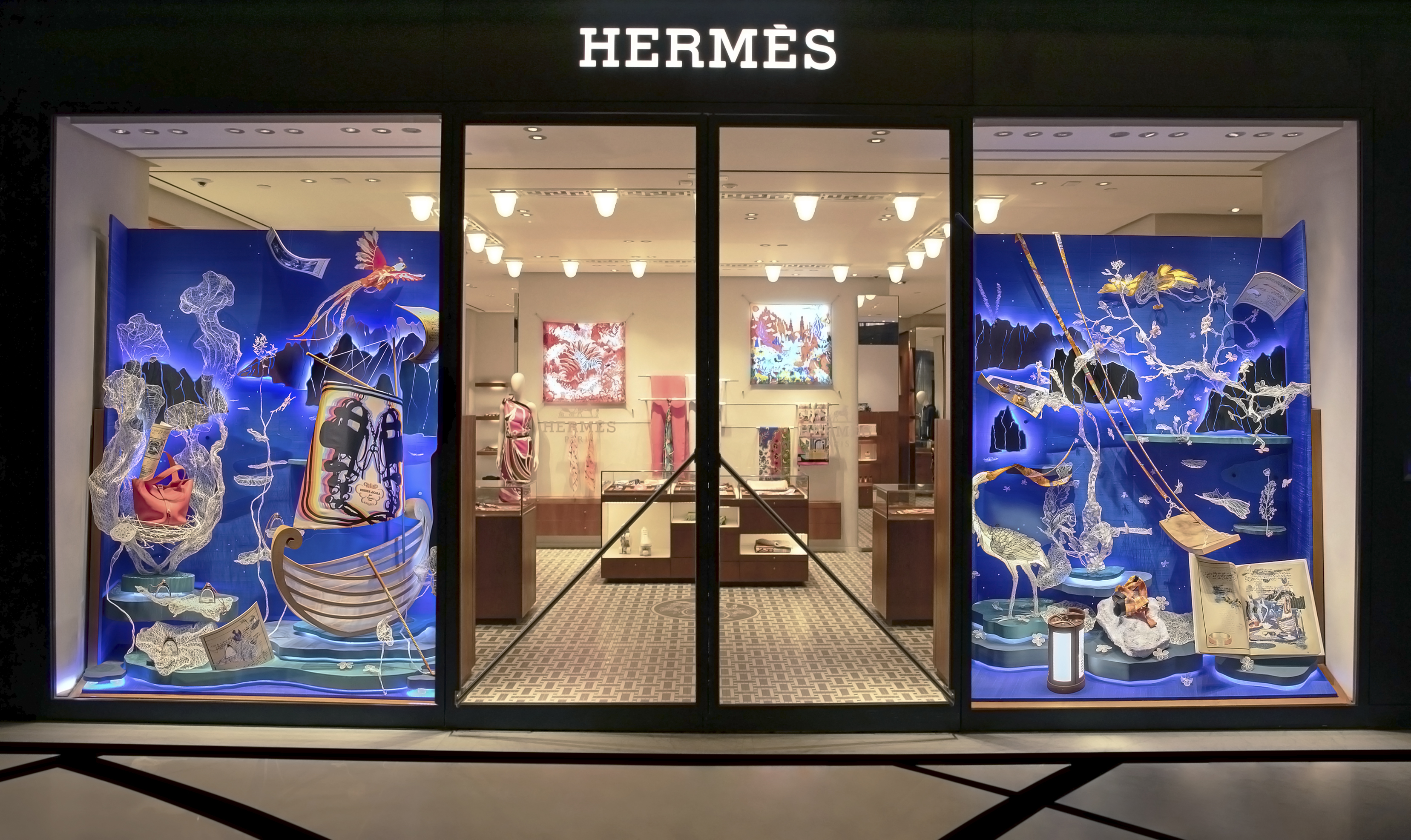 Hermès has collaborated with an Indian artist for their store at The Chanakya, Delhi

Style
Hermès has collaborated with an Indian artist for their store at The Chanakya, Delhi
Share this article
Next article

”Eyes are the windows to the soul”, a popular and rather self-explanatory idiom can easily be linked to the latest window display at the Hermès store at The Chanakya, New Delhi, for two reasons. Not only does the window design represent Hermès’ 2019 theme of ‘In Pursuit of Dreams’, it is also the first time the French luxury brand has collaborated with an Indian artist. Sumakshi Singh has created a magical set up – 3D spaces, ornate embroideries, and LED fireflies and sculptures that bring the collection to life.

Singh has woven vivid memories of dreamscapes in her ‘Pages from a Dream Journal’, using her characteristic handcrafted style. The installations are ethereal, crafted for an immersive experience that introduces viewers to the world of Hermès. Floating floras made with white thread and wire, a canoe gliding through the serene waters, a bird in mid-flight, and objects in suspended animation – the fall-winter collection sits pretty amidst these.

Hermes’ collaboration with Sumakshi Singh consists of three displays. The first one is Equestrian Mettisage, a wood and organza canoe with the iconic Hermès scarf. The second display, Solar Energy, exhibits Hermès’ fashion accessories such as enamel cuffs. In the third display, H Story, white blossoms and a surreal stairway steal the show. Different accessories such as teacups, the Picotin bag, a leather cravache, Torsade sandals, and the Galop d’Hermès perfume bottle are spread across the display.

”’In Pursuit of Dreams’ is not so much the following of the path to set a future goal but rather a continuous staying in the present tense, which feels more like tapping into an energy current and riding that current with awareness – open to receive whatever it manifests,” says Sumakshi Singh about her display for Hermès.

However, this is not the first time that Hermès has created otherworldly window displays. Most legendary ones of this decade include Tunisian artist Leïla Menchari’s enchanting work for the Maison Hermès flagship store on Rue du Faubourg Saint-Honore and artist Luca Nichetto’s ‘Pure Imagination’ for the Hermès boutique on San Marco Square in Venice.

‘Pages from a Dream Journal’ will be on display till January 10, 2020 at the Hermès store at The Chanakya, New Delhi.

Travel
Countries open after lockdown: Head here once India’s borders open
Style
Haute Couture Week: Catch 3 unmissable presentations online
Beauty & Grooming
Salons have opened up. Here’s what you should know about their safety measures
Gear
Quick-and-easy hidden WhatsApp features you’re missing out on
Weddings
Bridal maang tikka designs that you need to pin on your moodboard
Gear
After the big Chinese app ban, India launches its own social app, Elyments
Culture
After a two-year wait ‘Breathe’ Season 2 releases this week. Here’s what to expect
Food & Drink
Superfoods 101: Best foods for glowing skin you need to stock right now
Beauty & Grooming
Makeup for Indian men: What’s the deal and products to buy
Sign up for our newsletters to have the latest stories delivered straight to your inbox every week.

A phone is an essential investment we all make and