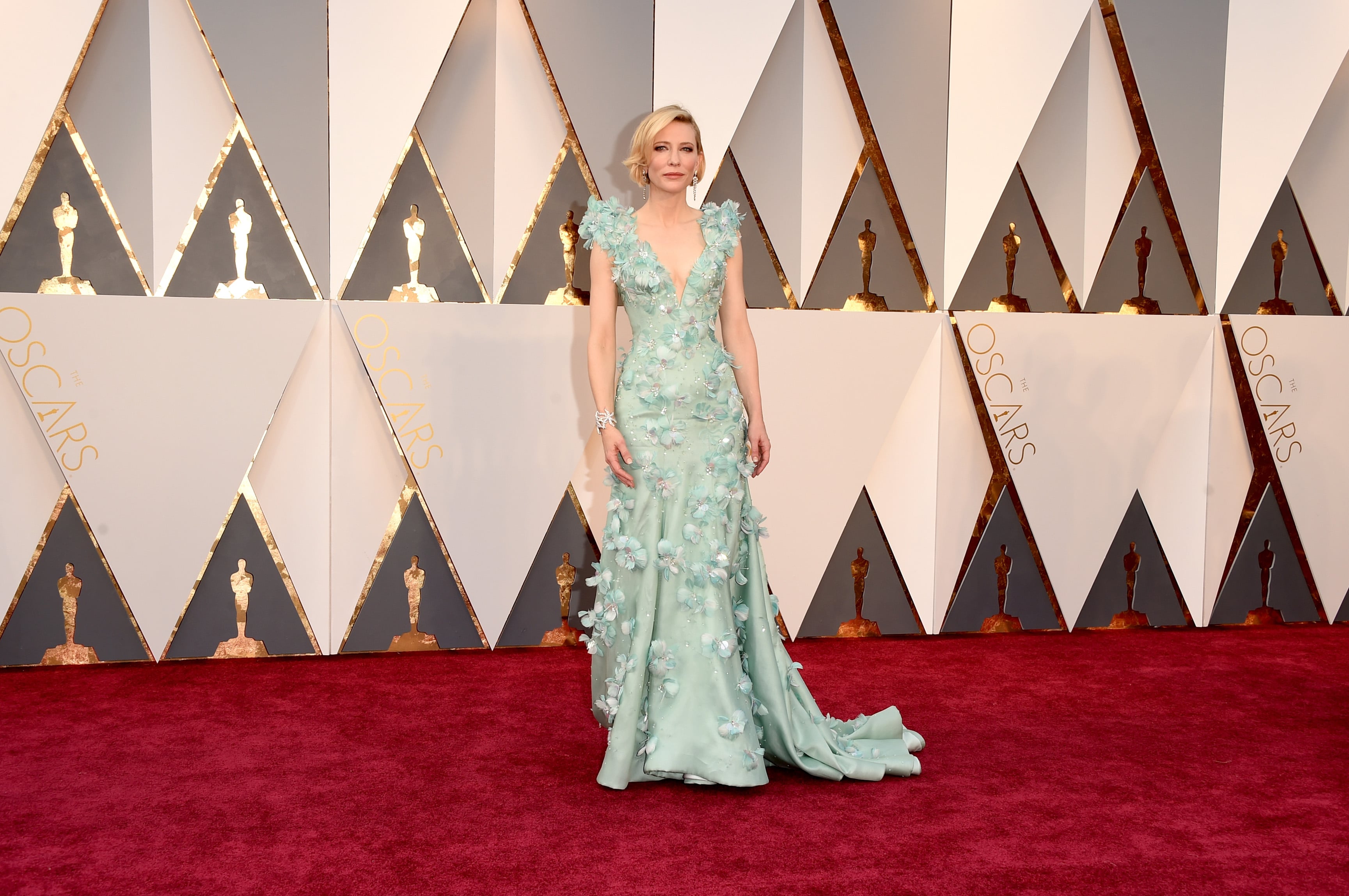 Best Dressed: Here are 15 of the most iconic Oscar gowns of all time

Style
Best Dressed: Here are 15 of the most iconic Oscar gowns of all time
Share this article
Next article

With 92nd Academy Awards just around the corner, the red carpet buzz has begun. As some of the biggest stars answer the question ‘Who are you wearing’? we look back at some of the most iconic Oscar gowns to date.

For over 90 years, the Academy of Motion Picture Arts and Sciences have not just picked unique on-screen stories and felicitated them but also become a vehicle for actors to make fashion statements through their event. Be it the controversial Bob Mackie numbers adorned by Cher, or Celine Dion in a reverse Christian Dior tuxedo, or exquisite gowns worn by Grace Kelly, Halle Berry, and Julia Roberts; what stars wear at the red carpet lands up becoming a part of Oscar history. Here is a look back at some of the most iconic Oscar gowns of all times.

In 2012, Oscar winner Gwyneth Paltrow took to the red carpet in a Tom Ford white gown with a sleek cape, part of Ford’s Fall 2012 collection. One of the most talked-about looks that year, it established Tom Ford as the designer for the red carpet. He had left Gucci in 2004 to launch his eponymous label comprising menswear, beauty, eyewear, and accessories, and in 2011, showcased his first womenswear collection. Paltrow’s look gave Ford the right kind of global publicity his newly launched womenswear deserved.

In 2001, Julia Roberts bagged the Best Actress Oscar for ‘Erin Brockovich’, and her floor-sweeping gown grabbed an equal amount of attention. Part of Valentino’s 1992 couture show and made in velvet and satin with white-piped detailing, the gown popularised the trend of wearing vintage couture pieces on the red carpet. This one will go down as one of the most iconic Oscar gowns in fashion history.

Hilary Swank bagged her second Best Actress Oscar for Clint Eastwood’s ‘Million Dollar Baby’ wearing a midnight-blue backless Guy Laroche gown. Made in 27 yards of silk jersey, the gown helped Swank make a statement on the red carpet with its high-neck, long sleeves, and cut-out back detailing. The piece is regarded as one of the best Oscar looks in history by the fashion cognoscenti.

In 2002, Halle Berry became the first African-American woman to receive the Best Actress Oscar for ‘Monster’s Ball’. Besides her heartfelt speech, Berry’s burgundy gown with an embroidered, sheer-bodice by Lebanese designer Elie Saab made it to the headlines, and can be credited to be one of the most iconic Oscar gowns. This museum-worthy piece also catapulted Saab into the global consciousness. Since then, he has become the go-to designer for some of the leading ladies of Hollywood.

Hollywood icon Grace Kelly received a Best Actress Oscar in 1955 for ‘The Country Girl’ and posed with confidence in Edith Head, winner of a record eight Academy Awards (nominated 35 times) for Best Costume Design. Hailed as one of the most expensive Oscar gowns ever made, the ice blue piece, which was originally created for the movie’s premiere, was made in Duchesse satin worth $4,000 and was paired with a matching evening coat.

Penelope Cruz rarely gets it wrong on the red carpet and in 2009, when she received her Oscar for the Best Supporting Actress for ‘Vicky Cristina Barcelona’, she opted for a 60-year-old ivory satin Balmain gown, with a cinched bodice and a sweetheart neckline. The prints on the gown were fine enough to create a lace-like illusion.

Seldom does Cate Blanchett gets her looks wrong, be it her love for Armani gowns or her yellow Valentino gown (the one she opted for when she received her first Oscar for ‘The Aviator’). But this crinkled, lilac chiffon Givenchy gown with pearl detailing, which she wore to the 2011 Oscars, wins hands down. Called the ‘Tao’, the dress was a part of Riccardo Tisci’s SS 2011 collection for Givenchy.

Raf Simons can be credited for infusing Dior Couture with a new sense of chic, and the result was seen in his SS 2013 Haute Couture collection. One of the pieces from this line was a gown, worn by Jennifer Lawrence for the Oscars the same year. The bulb-skirted pale pink piece will go down in history as one of the most memorable pieces on the red carpet not just because it exemplified exquisite craftsmanship but also because Lawrence tripped on it while on her way to accepting her Best Actress Oscar for ‘Silver Linings Playbook’.

Lupita Nyong’o is one of the few red carpet perfectionists who can carry any colour and nail the look. The proof came in 2014, the year she bagged the Best Actress Oscar for ’12 Years a Slave’. Nyong’o wore a blue Prada gown, pleated with a deep V-neck top and low-cut sides. The skirt was embroidered with delicate crystal beading on the edges of each pleat. To complement her almost perfect look, she looped in some Fred Leighton jewels.

Even though Saoirse Ronan’s red carpet choices are simple, there is always a sense of understated luxury in them. Last year, Ronan took to the red carpet in a pink Calvin Klein by Appointment strapless gown. What elevated the quotient of drama was an oversized bow at the back and a train. She completed the look with a pair of matching Christian Louboutin pumps along with a Jimmy Choo clutch and Cartier jewels.

Marisa Tomei shut the red carpet down in this origami-inspired, one-shouldered Atelier Versace gown at the Oscar red carpet, 2009. Tomei is known for her understated style and easy red carpet choices, but this one placed her among the best competing for red carpet accolades.

Four times Oscar nominee, Michelle Williams is not new to red carpet perfection. In 2006, when she received her first nomination for ‘Brokeback Mountain’, she gave us the first glimpse of her ability to own a dramatic look. She opted for custom marigold Vera Wang gown – chiffon pleats made up its plunging neckline, and a ruffled train draped behind the body. It is not easy to carry tones of yellow but Williams managed effortlessly.

Renée Zellweger paid tribute old Hollywood glamour in a white taffeta Carolina Herrera gown when she received her Best Supporting Actress Oscar for ‘Cold Mountain’ in 2004. What makes this one as one of the most iconic Oscar gowns is  an oversized bow at the back and an extra-long train.

Nominated for Best Actress for ‘Gone Girl’, Pike might not be a regular at the Oscar red carpet but she knows how to cut a perfect frame when walking one. In 2015, she was a delight in a crimson Givenchy gown. The construction of the piece was complex but intriguing – it was intricately embroidered, cinched at the waist with a visible corset with a front slit. The gown accentuated Pike’s hourglass frame, and with her swept-back bun and subtle rose-tinged makeup, she was pure perfection.

You don’t have to be an Oscar winner to shut down the red carpet. In 2014, Hudson rubbed shoulders with the best of Hollywood in this Atelier Versace gown. Owing to its languid silhouette, ruched detailing at the waist, deep plunging neckline, shoulder pads, and cape-like detailing, this metallic gown had so much going on, but Hudson managed to pull the look together.

Gwyneth Paltrow Armani Academy Awards Oscars Red Carpet Fashion
Anupam Dabral
Sr. Associate Editor
It was while studying fashion journalism at London College of Fashion that Anupam developed a keen interest in the anthropological aspect of the discipline; for him, fashion only makes sense when seen in the context of its environment. He is always on the hunt for great stories, and in his spare time binge-watches films/shows starring Whoopi Goldberg, Dawn French and Jennifer Saunders.
Fashion Jewellery Style

Travel
Marriott International will bring a smile to your face with its ongoing campaign
Style
Timeless sari-blouse pairings that will help elevate your style game
Beauty & Grooming
Do essential oils help with self-care at a time like this? We investigate
Food & Drink
Celebrate Easter to the fullest: Places delivering goodies this weekend
Gear
You can now take a drive-through coronavirus test at Dr Dangs in Delhi
Travel
Srinivas Palace: Enjoy a royal staycation in the home of a Maharaja
Gear
Why Sony PS5’s DualSense is much more than a next-gen controller
Culture
This Easter, opera singer Andrea Bocelli livestreams from empty Duomo Cathedral
Style
Under the radar brands experimenting with recycling
Sign up for our newsletters to have the latest stories delivered straight to your inbox every week.

Get creative in lockdown with Alexander McQueen’s Instagram challenge