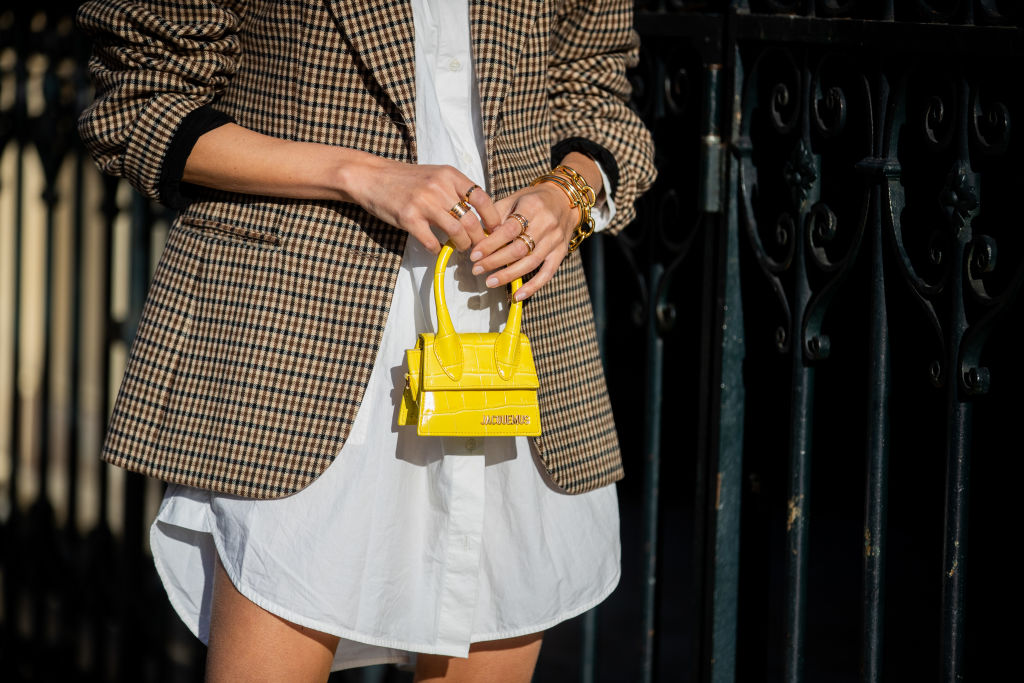 Why is it expensive: The celeb-approved Jacquemus Le Chiquito bag

Style
Why is it expensive: The celeb-approved Jacquemus Le Chiquito bag
Share this article
Next article

If you know your bags well, we are sure Jacquemus’ Le Chiquito bag is already a part of your collectables. When it comes to bags, the debate is whether you should invest in timeless classics or ‘it’ bags.

However, it’s safe to say that French designer Simon Porte Jacquemus’ state-of-art pieces, particularly, his bags qualify to be both. Owing to their unconventional silhouette and a wide range of colour schemes, they have not just become a favourite of some of the Gen-Z fashion fixtures but have also been granted approval by Hollywood’s biggest tastemakers. From an army of models and celebs such as Emily Ratajkowski, the entire Kardashian clan, Hailey Baldwin, Rihanna, Lizzo, and Bella Hadid, everyone has been carrying them.

Jacquemus made his Paris Fashion Week debut in 2012 and gained support from the likes of Rei Kawakubo (iconic fashion designer), Adrian Joffe (President, Comme des Garçons International and Dover Street Market International), and Karl Lagerfeld. Over the years he explored a fresh aesthetic inspired by old French cinema and the spirit of independence with an artistic undertone. His contemporary approach to the classic Gallic aesthetic was redefined by his idea of deconstruction and experiments with proportion, case in point being his micro-sized bags and his oversized straw hats.

However, one of his most coveted pieces took to the runway in SS’18. The unassuming silhouette of Le Chiquito bag grabbed attention from the fashion insiders. Defined by its gold-tone hardware, round top handle, a square body with a detachable and adjustable shoulder strap, a chic foldover top, and a logo plaque, Le Chiquito bag gained instant success.  In the age of Instagram, it had all the makings of a social media icon. Favoured by leading fashion influencers such as Camille Charrière, Susie Lau to Blanca Miró, the brand and the bag was all over Instagram and since then, has become an industry favourite.

Given Le Chiquito’s success, Jacquemus soon launched a mini version of the same. For his Fall’19 runway show, the designer rolled out a tiny rendition of the bag, Mini Le Chiquito measuring just 5.3cm x 4.3cm x 1.5cm and needless to say, once again became an overnight success.

Over the past two years, Jacquemus has rolled out a couple of renditions of his Le Chiquito bag such as Le Grand Chiquito priced at $768 ( Rs 58,000 approx), the standard Le Chiquito at $510 (Rs 38,000 approx), and Le Petit Chiquito at $270 (Rs 20,000 approx). One might wonder, what makes these standard and mini-sized bags expensive. We would say, their chic appeal and a refined sense of luxury that takes inspiration from street style. Unlike other bags, the silhouette is rather simply infused by the idea of Parisian chic. Without being gaudy and loaded with hardware and pockets on the exterior,  the bag has come to define what modern-day luxury can look like.

Besides Le Chiquito’s impeccable construction in calf leather and its portable, boxy silhouette measuring 22cm x 18cm stood out in a market cluttered with oversized handbags. The idea was to bag all essentials in one bag and give shoppers something comfortable. Besides this, Le Chiquito also gained fame due to its availability in a variety of colour schemes; think rust, canary yellows, pinks, and tones of blue. After the launch of Mini Le Chiquito, Jacquemus catapulted to global fame, thanks to his idea of small handbags. And mixed reviews from fashion critics did not stop from Jacquemus lovers from splurging in his mini luxury bags.

If you want to grab a Le Chiquito, you can pick from an array of choices at Jacquemus.com, Farfetch.com, Lyst.com, and NET-A-PORTER.COM.

luxury bags it bags Simon Porte Jacquemus Le Chiquito Jacquemus’ Le Chiquito bag
Anupam Dabral
Sr. Associate Editor
It was while studying fashion journalism at London College of Fashion that Anupam developed a keen interest in the anthropological aspect of the discipline; for him, fashion only makes sense when seen in the context of its environment. He is always on the hunt for great stories, and in his spare time binge-watches films/shows starring Whoopi Goldberg, Dawn French and Jennifer Saunders.
Fashion Jewellery Style

Culture
Pride Month: You might be ‘Straightsplaining’, and it’s not ok
Style
How to ensure that your gym wear is functional and stylish
Culture
‘Choked’: Anurag Kashyap’s latest is a thriller that’s now streaming on Netflix
Culture
Work-from-home burnout is a thing, and here’s how you can tackle it
Gear
The Jeep Compass 2021: Same looks, more power, and edgier tech
Travel
Follow these travellers on Instagram to satiate your wanderlust
Weddings
Kanjeevaram saree inspiration for South Indian brides
Culture
Why ‘Chintu Ka Birthday’ is the feel-good watch you so need this weekend
Travel
Giza Pyramid gains top square of most missed by Instagrammers in lockdown
Sign up for our newsletters to have the latest stories delivered straight to your inbox every week.

This is how influencers are giving loungewear an upgrade