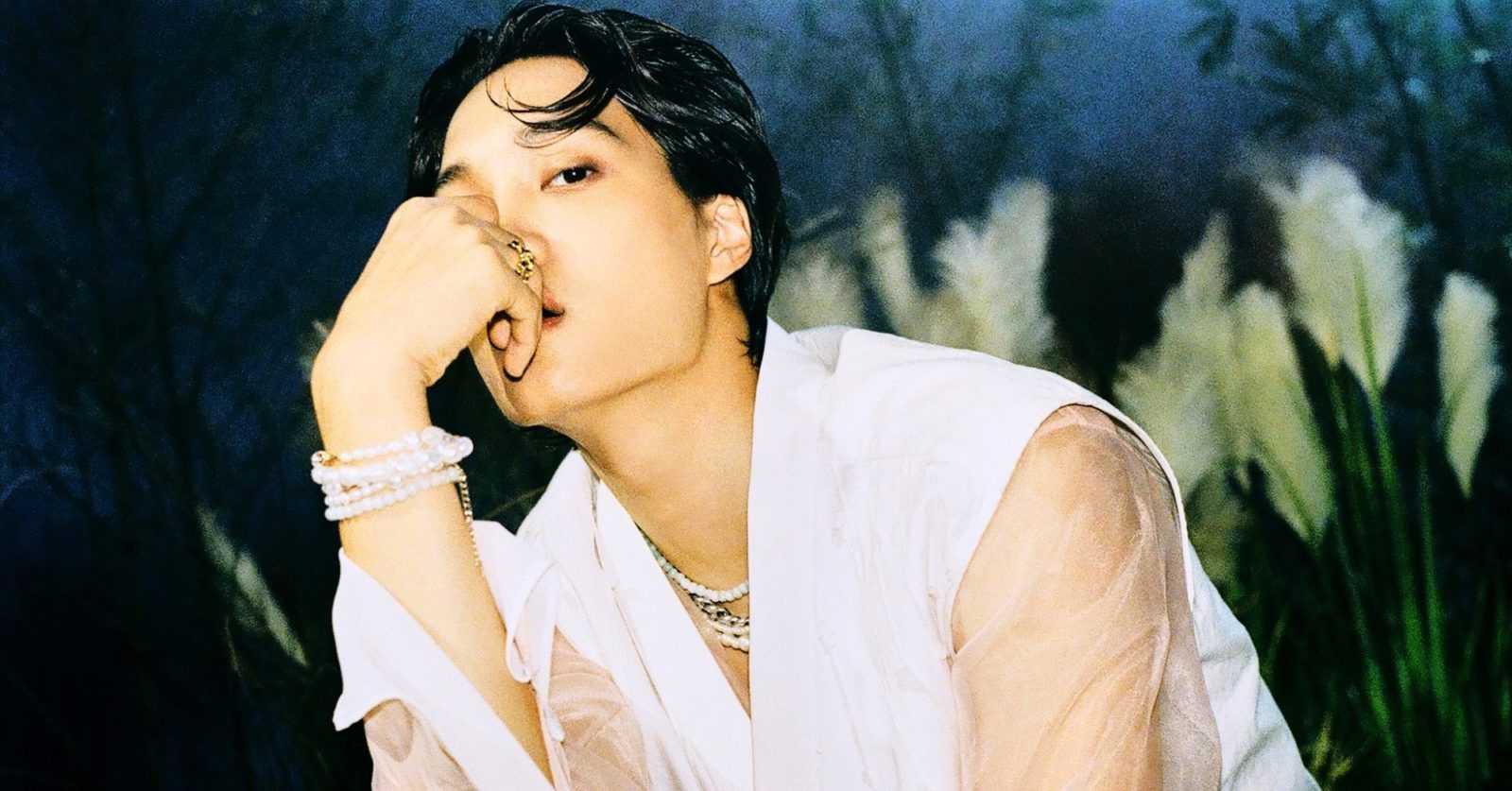 This year, Kai was the only South Korean idol in Lyst’s round-up of celebrities whose fashion choices have resulted in the biggest spikes in searches and sales. According to the fashion shopping platform, he ranked fifth, making him more influential than stars like Harry Styles, Lady Gaga, Rihanna, and both the Biebers.

Since making his solo debut in 2020, Kai has explored this relationship with fashion even more. The singer plays an active role in styling his music videos and album concepts, working alongside his team. “I go around picking clothes myself,” he said. “Concept is the most important thing. We have to think about whether we want to play it safe or take up a challenge.” Clearly, he’s gone for the latter. When promoting Mmmh, Kai’s outfits leaned towards androgynous and included traditionally feminine pieces like lace blouses and corsets. He has continued to push style boundaries in his Peaches era, for which he has boldly worn skirts by buzzy fashion brands like Peter Do. With a daring and unconventional approach to style, it’s no wonder he’s one of K-Pop biggest fashion influencers.

Gucci Kai EXO
Pameyla Cambe
Senior Writer
Pameyla Cambe is a fashion and jewellery writer who believes that style and substance shouldn't be mutually exclusive. She makes sense of the world through Gothic novels, horror films and music. Lots of music.
Fashion Style Jewellery
Sign up for our newsletters to have the latest stories delivered straight to your inbox every week.