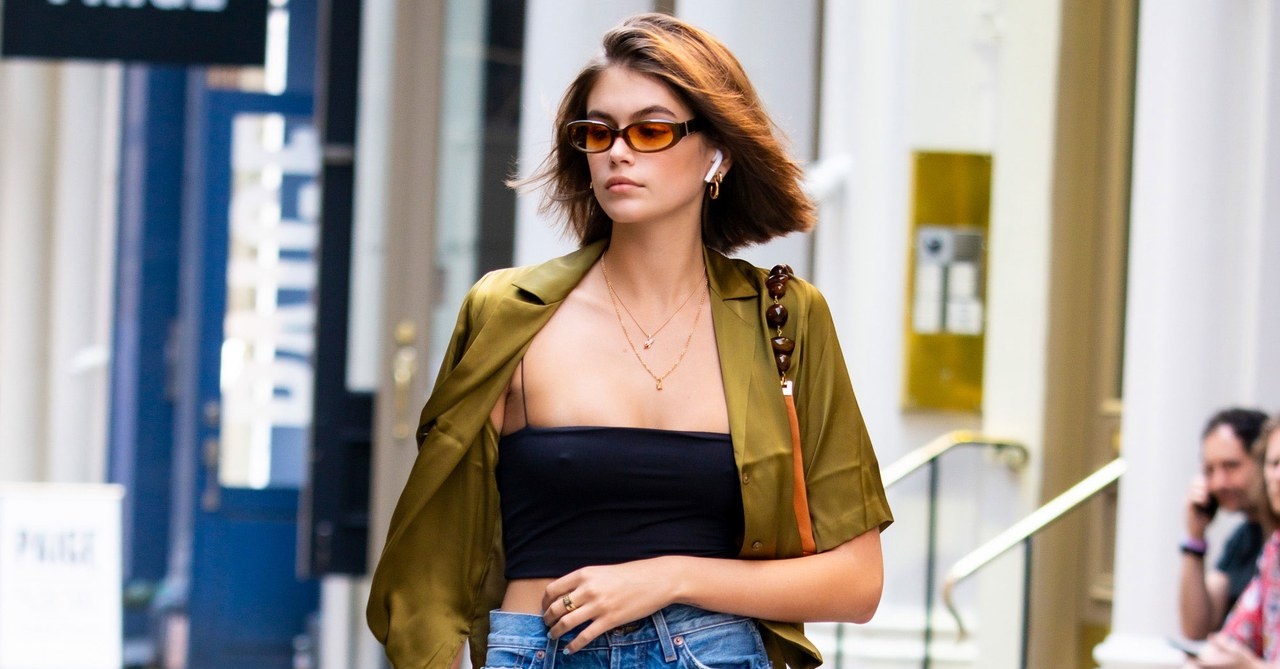 How to ace the tomboy chic look like model Kaia Gerber

At 18, Kaia Gerber has already built a career most models can only dream of. She has landed several Vogue covers, fronted campaigns for Chanel and Versace, collaborated with Karl Lagerfeld and Jimmy Choo, and won Model of the Year at the 2018 Fashion Awards. Oh, and she counts Naomi Campbell as her supermodel godmother — on top of having Cindy Crawford as a mom.

Yet despite her star status in the fashion industry, Kaia Gerber doesn’t dress up the way you’d think a supermodel in the making would. In fact, she loves to dress down. In street style snaps of her at Fashion Week and her hometown Malibu, Kaia tends to cut a cool figure in a casual ensemble of jeans and sneakers. More than her genes, it’s that relaxed attitude that she has towards style that makes her all the more of an It-girl.

Kaia also has her style down a formula, one that we broke down below. The only rule is to not try too hard — Kaia wouldn’t.

Boxy jackets over everything

Maybe it has to do with the fact that her mother reigned the catwalks in the 1980s, but Kaia is very attached to the era’s most powerful garment: the oversized blazer jacket, shoulder pads, and all. Her blazers of choice tend to come in neutral hues, check patterns or pinstripes — nothing too fancy. To balance the jackets’ loose-fitting silhouette and to keep them from looking stuffy, Kaia tends to pair them with slim trousers and a white tank top.

Beat the sun in tank tops

Living in sun-soaked Malibu has left an indelible mark on Kaia’s wardrobe, mostly in the form of tank tops. Even when she’s in New York for Fashion Week, you’ll see her sporting a plain one in white or black, or an equally casual crop top. These are usually worn under her favourite jackets, or just as is with a pair of bootcut jeans for a very Nineties ensemble.

Dress down in denim jeans

If you’re blessed with supermodel legs like Kaia, you’d flaunt them just as much as she does in an array of jeans. She tends to go for high-rise and slim-leg styles that all the more accentuate her height. She also keeps it classic, opting for the all-American blue jeans over the grey or black pairs sported frequently by Bella and Kendall. Wear it with one of the blazers above and you’ll have yourself the definition of smart casual outfit.

Chuck on a pair of Chucks

Kaia is a big fan of sneakers. Not dad sneakers or the trending boot varieties, but the good old Chuck Taylor All-Star trainers by Converse. Almost as a rule, she wears the high-top versions, and owns pairs in navy blue, white, black and even yellow. And because it’s 2020, she can wear them pretty much everywhere, whether she’s strolling around in Malibu or attending a party in a minidress. When she’s not in sneakers, you’ll likely find Kaia in an equally classic and unisex pair of Doc Martens.

Bring a book (and read it too)

Gen-Z teenager though she may be, Kaia is no slave to the e-reader. While one would probably fit nicely into the many mini handbags she owns (she frequently totes around Medea’s Shopper bags), Kaia prefers to just carry a good old book in hand like the best of us. She has shown off her taste in historical fiction and true crime alike, while also occasionally using novels to shield herself from the paparazzi (not that we’d have that problem).

Street Style Kaia Gerber tomboy chic look How to dress like Kaia Gerber
You might also like ...
Style
Hands of time: Celebrities and the top watches they wore this month
Lifestyle Asia
Here's where you can read the latest news and stories from Lifestyle Asia, curated from all of our editions in Hong Kong, Singapore, Kuala Lumpur, Bangkok, India and Paris.
Luxury