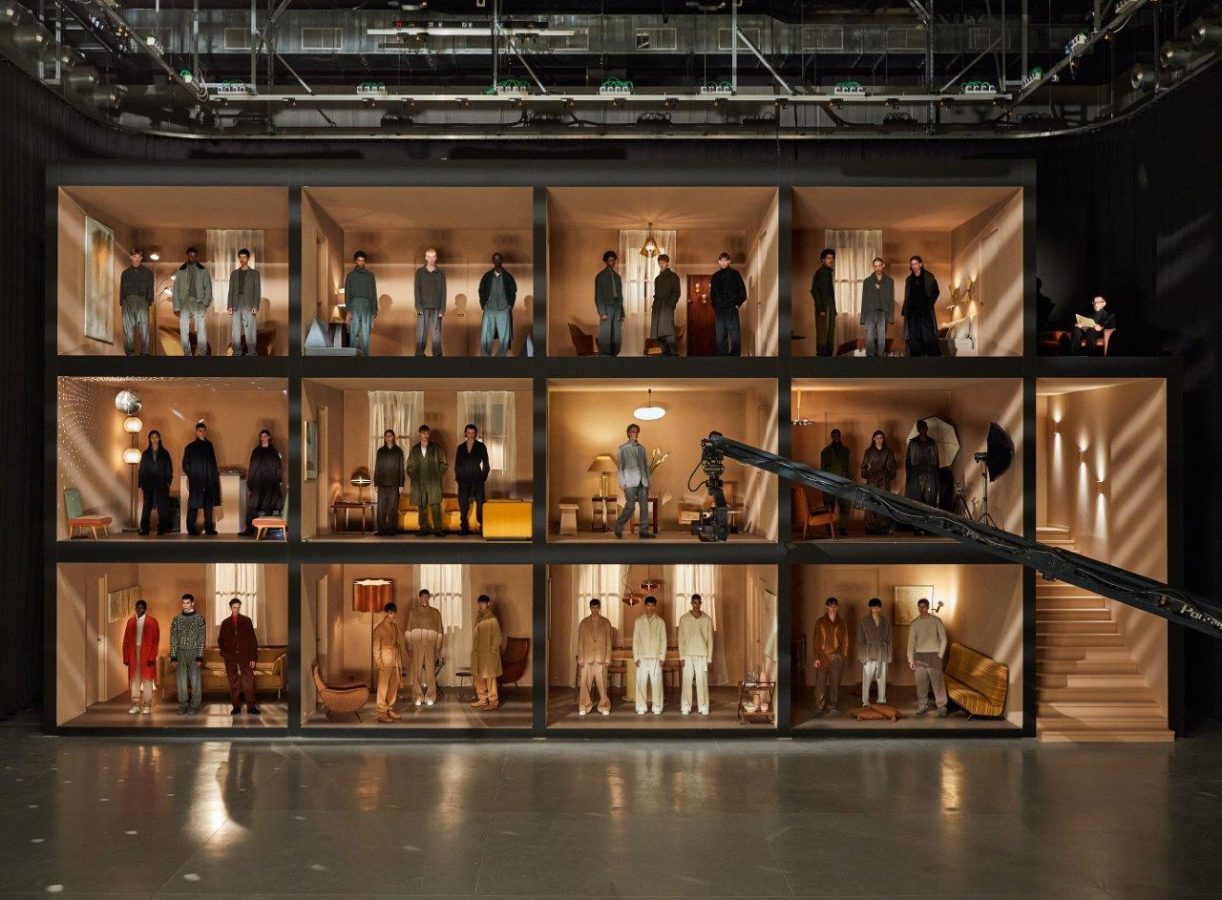 We round up the magical moments, engaging trends and stand-out pieces that stood out at the recent Men’s Fashion Week Fall 2021 in Milan and Paris.

The days of in-the-flesh fashion shows seems like a distant memory. After a year of phygital runways and digital presentations, we are well prepared and geared up for virtual fashion offerings of 2021. Beginning the charade was the Milan Men’s Fashion Week for Fall 2021 that has us convinced that we aren’t leaving loungewear behind in 2020. Segue with the digital edition of Paris Men’s Fashion Week 2021 and you knew that a stylish renaissance isn’t far behind.

As Silvia Venturini Fendi presented her last show as a solo creative at Fendi, she left no stones unturned to make a mark and a thumping one at that. Beginning with a dance-pop soundtrack co-written by Not Waving and Silvia Venturini Fendi herself. Fendi’s ‘New Normal’ show at the Men’s Fashion Week for Fall 2021 in Milan was a party we wished we could attend. A mirrored tunnel with colour changing neon frames, designed by artist Noel Fielding set stage for this video presentation. The dress code for the party was inspired by the relaxed, indoor uniform that we embraced in 2020 and included items like bathrobe-like jackets, suits with pyjama lining, cable knit cardigans and our favourite the quilted silk lounge coats.

It’s time to (Re)Set and rethink fashion via Zegna

Modern Milanese architecture serves as a backdrop for Zegna’s fall 2021 film as artistic director Alessandro Sartori makes a call for action to rethink and reimagine a masculine wardrobe. A blending of indoor and outdoor clothing, workwear and sports; Zegna aims to re-tailor the men’s wardrobe to create relaxed-fit suits, wool over-shirts, cashmere-jersey pieces and wide fluid pants. The collection also implemented the #UseTheExisting philosophy with the down jacket using 75% recycled materials and being feather-free. A rewriting of a masculine silhouette to go from strict to slouchy, formal to fuss-free was based on the work from home culture as seen at the Men’s Fashion Week 2021 in Milan.

Borrow from the old for the new, says Paul Smith

Designer Paul Smith paid a tribute to the brand’s 50 year long sartorial history by plunging into the archives to create a remixed version of the classics. The British designer known for adding a little quirk to serious tailored suits took the opportunity to revisit the key pieces that made the brand one to reckon with. Tartan coats and psychedelic silk pyjamas are borrowed from the 70s while the 80s donkey jackets and wool coats are given a new lease on life. The eclectic mix of styles, silhouettes and colours is basically Paul Smith’s way of creating a ‘Best Of’ album for his brand, a pattern that is adopted by the musical score of the digital show.

Get ready for the jet set lifestyle with Louis Vuitton

If there is one thing that we’ve inferred from Louis Vuitton’s AW presentation, it is that men’s creative director Virgil Abloh misses travel as much as we do. Airplane motifs on cardigans, tie-pins, trench coats, coffee mugs and a plane-shaped LV Keepall with all-over monogram, there was much to unpack. Plus, puffer jackets with 3D ‘wearable miniature cityscapes’ featuring the skylines of New York and Paris.
The show was based on James Baldwin’s seminal essay, Stranger in the Village which talks about his time in Switzerland (a white space) as a black man. This elegy was translated via rap by Saul Williams in a show that made its alliances clear while creating a vibrant space for clothes to speak for themselves. Pleated skirts, African draped wraps, large bowling hats, floor length coats – the looks questioned existing dress codes. The multi-disciplinary show was vibrant, engaging (despite being virtual only) and relevant to the larger issues at hand. But then again, can you expect anything else at the hands of Virgil Abloh?

Magical realism meet military chic was the mood at Dior

Only a magician can combine military elements, archival touches, couture details and art influences into a men’s RTW collection. And Dior’s artistic director for menswear, Kim Jones is one such prestidigitator of good taste. Jones collaborated with Scottish painter, Peter Doig known for magical realism style which he lent to creating two emblems for the brand, a dog (based on Christian Dior’s pet, Bobby) and a majestic lion. The collection was inspired by ‘the ceremony of everyday’ with reworked military silhouettes along with more exalted pieces such as brocade, jacquard and faux fur coats, silk windbreakers along and abstract camo-printed cashmere knits. Forgoing greys and blues generally associated with menswear, the collection picked up a vibrant palette of golds, lavender, deep reds and inky navy with painterly splashes.

The Hermès school of style is now in session

Our head is spinning from all the stair climbing and poignant moments that made us giddy at the Hermès Fall 2021 show. A montage of short videos shot by Cyril Teste, the setting Mobilier National, a former furniture storage unit is the perfect set up for a group of nonchalant schoolboys to scuttle about. With a 30-year-plus association with Hermès, menswear designer Veronique Nichinian knows the colours and codes that will make you covet the collection. The fast paced video might divert your attention but the bright light vertical runway gives you a glimpse into a wardrobe rich in formal plaids, soft shearlings and thin leather. Autumn colours and boxy fits, the boys at Hermès are unapologetically chic this season.