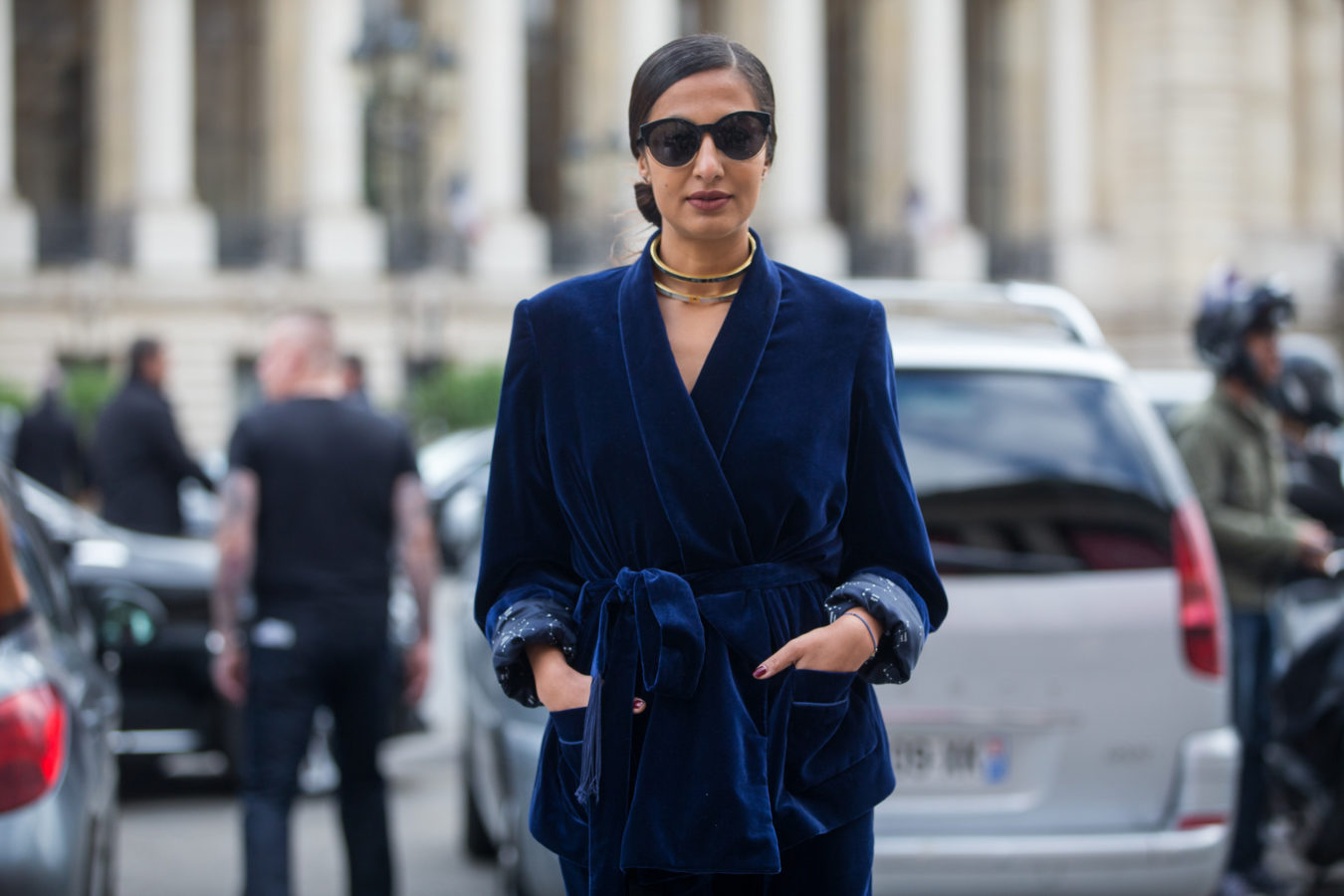 When the image of Anna Wintour wearing a pair of red tracksuit bottoms went viral in April, those attuned to the latest trends got a cue on how personal style choices will pan out in the coming months. Since then, loungewear has become everything. 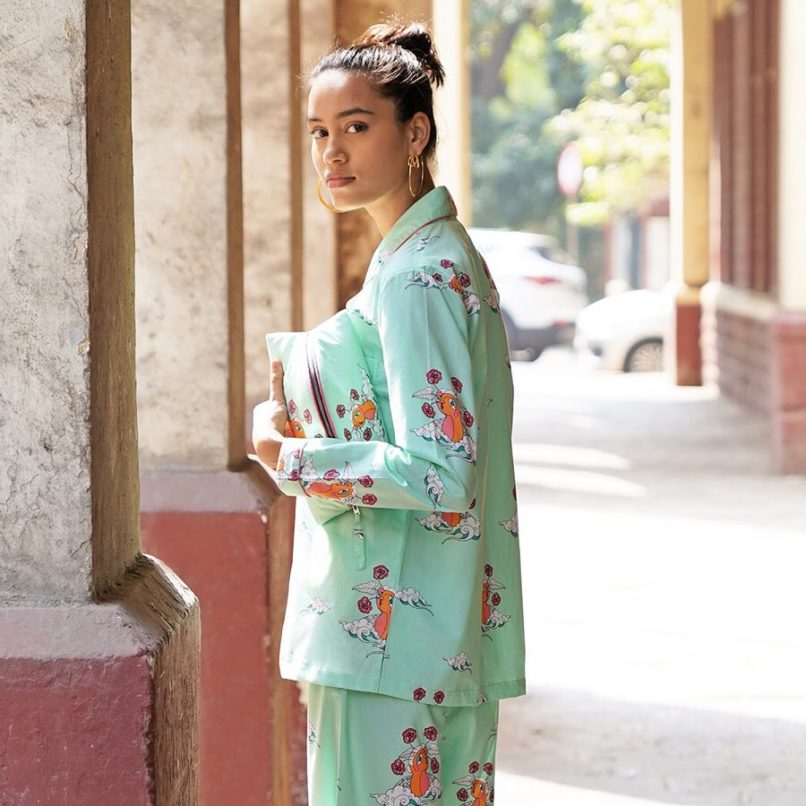 Think about it: While in lockdown, what have been your go-to pieces? A pair of comfortable pajamas, maybe joggers, a breezy shirt, most likely. The idea of loungewear originates from staying comfortable in your zone. However, its history dates back to the 1800s when sleepwear was an essential part of loungewear. Until then, a long nightgown or a nightshirt defined loungewear. By the end of the century, chic renditions of the nightshirts in flannel, cotton, linen had started to appear. It was in the early 1900s that Chanel became one of the first global brands to launch elegant pajamas for women. With the idea of women’s liberation, night suits became popular, and several iterations flooded the market.

The 1960s and 70s saw a more defined idea of loungewear, and nightwear became an inseparable part of the loungewear vocabulary — images of Hollywood stars such as Elizabeth Taylor and Jane Fonda in their trimmed colourful kimonos and mules set a strong tone for what easy dressing was like. It was at the same time when fashion icon, the late Yves Saint Laurent, introduced the idea of kaftans as a loungewear essential. Images of him relaxing in his Morocco home Jardin Majorelle, wearing a white kaftan became a reference point in fashion history.

Since then loungewear, like every other genre in fashion, has been influenced by the changing times, adapting to context. The 90s and early 2000s saw comfortable joggers and varsity shirts also becoming a part of the ever-evolving loungewear narrative.

From Ralph Lauren and Marc Jacobs’ silk nightwear ensembles, to Gucci’s joggers featuring eclectic prints and patterns, to Armani’s toned down tracksuits, today’s loungewear is a mishmash of easy pieces. Streetstyle has also influenced the genre making hoodies an inseparable part of it.

In current fashionscape, with COVID-19 altering the way we shop, there is already a spectrum of cool, new labels that are acing the game. New York-based Licheng Ling of Homeism is known for her silk mix-and-match silk charmeuse–trimmed, belted robes, floor-length shirt dresses, and pajamas. Pangaia, a materials science company, specialises in upgraded loungewear.

Expect wardrobe essentials made in bio-based, recycled fibres and materials made from recycled plastic bottles. Some of Hollywood’s fashion fixtures such as Bella Hadid, Justin Bieber, and Pharrell Williams have embraced their pieces. London-based Olivia von Halle has only made loungewear chic with her silk pajamas, tracksuits, and comfortable slips. All these featuring striking hues and vibrant floral prints. Known for their experiments with exquisite Indian textiles, Varana’s loungewear edit gives a luxurious tone to traditional loungewear; think cashmere pleated trousers, knee-length robes, and dresses.

Homegrown labels have also been rolling out the best of loungewear finery. From linen and cotton robes by The Summer House to beautiful skirts by Jodi Life to striking nightsuits by Dandelion, there is no dearth of options. Here is are a few loungewear essentials you must stock up.

Irrespective of style, a thoughtfully picked out PJ set can not only be a perfect piece of sleepwear or loungewear but also a part of your off-duty look,  if styled to perfection.

Throw them over T-shirts, night-suits, even your inners — robes are a perfect loungewear essential. You may belt them, or just let them be.

A comfy pair of culottes

We can call them season-less essentials — pieces which migrate between your formal and loungewear bracket. Culottes are perfect while you are working from home. Imagine pulling out your linen numbers that can double up as perfect additions to your look with a blazer and then later, with a T-shirt.

Shirts that can double as dresses

You want to answer all your style conundrums with a single number? Opt for an oversized or an elongated shirt that can double up as a dress. Pair them with comfy trousers or nothing.

Want to veer away from the drama and opt for something regular? Pick up shirts featuring minimal prints and the ones that double as robes too. So whenever you are sitting for that zoom meeting, tuck them in.

Shorts loungewear sleepwear Loungewear fashion Pajamas Loungewear labels
Anupam Dabral
Sr. Associate Editor
It was while studying fashion journalism at London College of Fashion that Anupam developed a keen interest in the anthropological aspect of the discipline; for him, fashion only makes sense when seen in the context of its environment. He is always on the hunt for great stories, and in his spare time binge-watches films/shows starring Whoopi Goldberg, Dawn French and Jennifer Saunders.
Fashion Jewellery Style