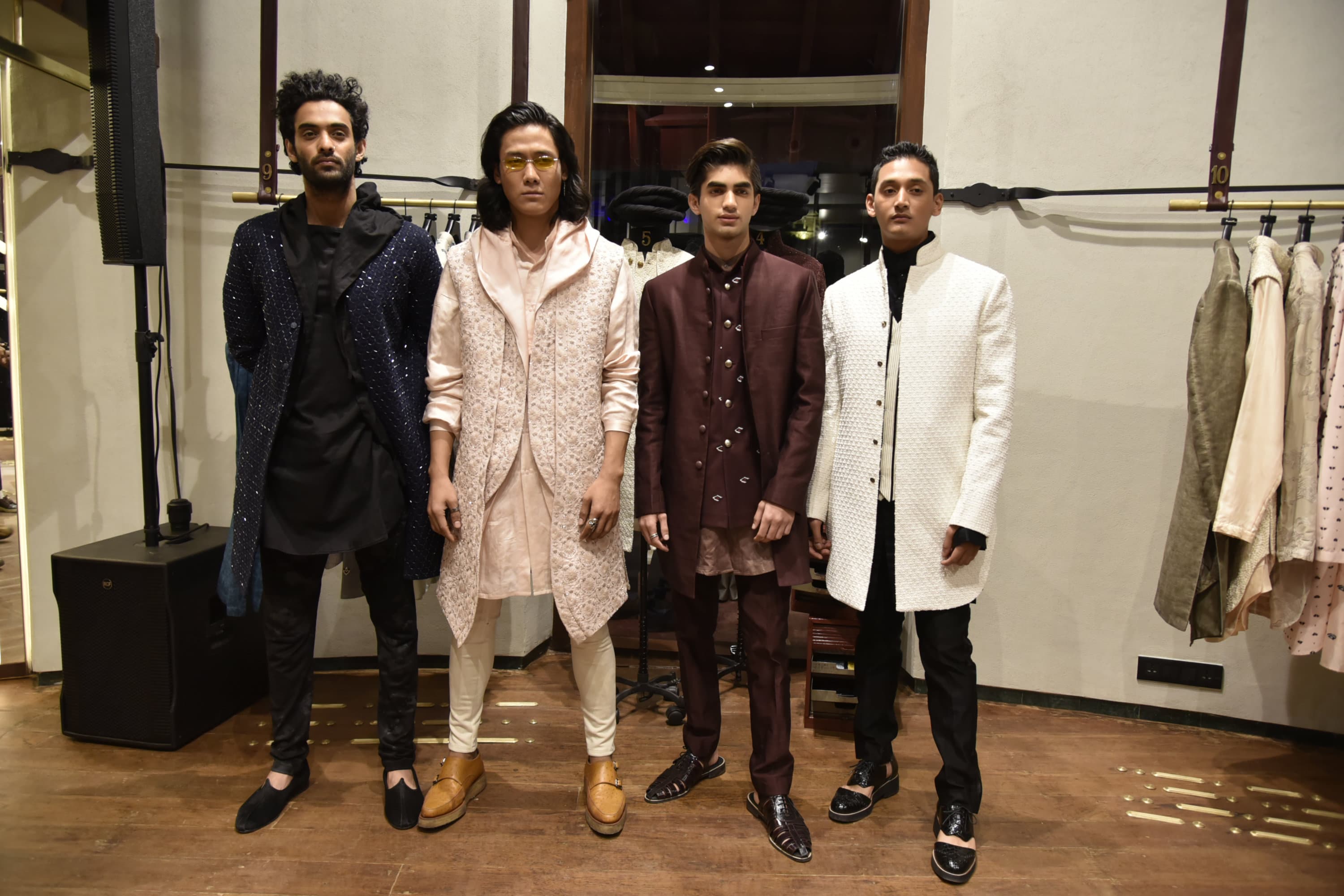 Currently standing at the heart of South Mumbai’s art & fashion hub, the Rhythm House of Kala Ghoda is Kunal Rawal’s new address for luxury menswear. As his footprint goes cross-city from Juhu to Kala Ghoda, Colaba, Kunal believes the historic building perfectly embodies his brand – with a flamboyant design sensibility and laid-back luxury both beautifully entwined into the store’s narrative. Launched on the 25th of January, the year has already began with some great sartorial choices for the modern gentleman who likes to keep it real and effortless.

The Rhythm House was given a radical makeover treatment. Switching from its traditional blue to KR’s maroon staple. The new store has been designed by by Rooshad Shroff, a revered celebrity architect. However, in this process, the luxury designer and architect decided to stay true to the traditional Indo-Portuguese blueprint of the building, that was first envisioned by Rhythm House’s founder,  Amir Curmally. French not detailing for jewellery and accessories

Here’s why Kunal Rawal is currently Indian luxury menswear’s youngest and most valuable harpoon – his indulgence in menswear and design is anti-trend and multi-functional. His exclusive Summer Resort ‘19 capsule has a perfect work-play balance of stripes and texture with tone-on-tone thread work.

The perfect fusion of heritage with industrial and glamorous grunge, Rhythm House, where the store is housed also shares the same aesthetic with Rawal’s core elements of menswear – minimal, classic, unhurried and yet forward thinking. “Men can embark on a sartorial adventure that is bold without being vain. With silhouettes like over-shirt sherwanis, sleeveless jackets, signature cusp silhouettes and much more, these designs reinterpret the foundation of garment structure,” Rawal says of his latest fare. “I strongly believe that men should have a whole variety of designs, colours and silhouettes to choose from at a store that is focused on menswear. I’m so excited to be coming to South Bombay, and what better location than Kala Ghoda, since it’s not only the fashion and arts district but also one of few areas in Bombay where one can walk around to soak in the rich cultural vibe.  Opening my second store at a landmark that resonates with the contemporary aesthetic of the brand, is a dream come true!” he adds.

Style
Mastering the modern art of pattern mixing in menswear