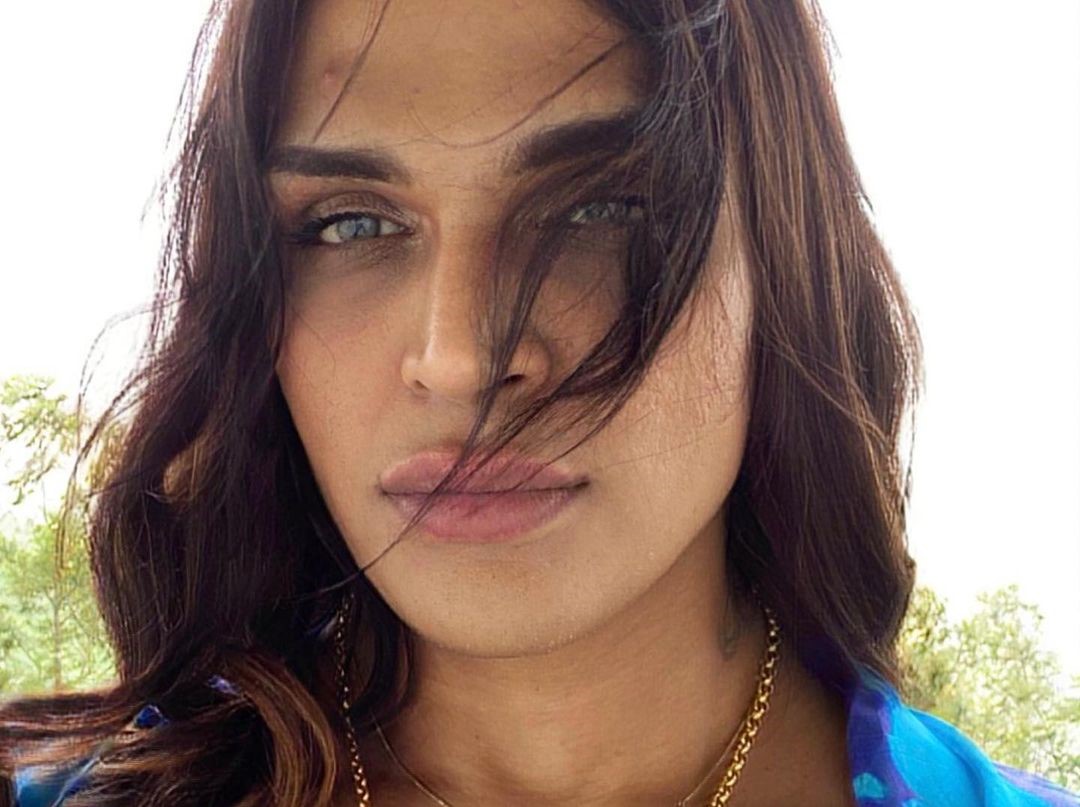 We finally have a Miss Universe after 21 years, and we cannot stop gushing over her. But did you know Saisha Shinde, the woman behind Miss Universe Harnaaz Kaur Sandhu’s winning gown?

As we still reel from the massive hangover of her victory on a global front, we couldn’t help but notice Sandhu’s beautifully embellished gown with a plunging neckline in the finals. The designer behind her ethereal ensemble is Saisha Shinde, and she is here to make sure you remember her name.

Who is Saisha Shinde?

A famous Indian fashion designer, who has already worked with the who’s who of Bollywood, Saisha Shinde is a star in her own right. Having designed outfits for Bollywood A-listers like Deepika Padukone, Kareena Kapoor, Shraddha Kapoor and Anushka Sharma, she is quite a well-known name in the circuit.

Earlier this year in January, formerly Swapnil Shinde, came out as a transwoman after having gone through her transitioning. She took to Instagram to share a heartfelt yet hard-hitting note about her transition journey, and the struggles she faced all her life as a trans person. Several Bollywood stars and designers came out in support of her and showed her love in the comments section.

Where have we seen her?

As we said, Saisha Shinde is a well-known name in the fashion industry. She graduated from the National Institute of Fashion Technology and holds a Diploma in Fashion Style from Milan, Italy. One of the earliest films she worked on was Fashion in 2006, where she designed Priyanka Chopra’s outfits.

Back in the day, she had her first tête-à-tête with success, when she became the first runner-up in the reality TV show, Lakme Fashion House. With that, she dived into the world of fashion. She won a six-month internship at the House of Versace, and there has been no stopping her since then.

In 2015, Saisha also participated in the 14th season of the famous American TV show called Project Runway. Judged by supermodel Heidi Klum, Marie Claire creative director Nina Garcia, and fashion designer Zac Posen, Saisha came sixth on the show, which was a prestigious win for her.

Culture
Who is Harnaaz Sandhu, the Indian finalist of Miss Universe 2021?

This was not the first time Shinde was designing a gown for a beauty pageant. She has designed outfits for Miss India contestants in the past too, but being in the Miss Universe 2021 finals was huge for her.

In a statement to News18.com, she said, “There is a certain expectation from Miss India at an International pageant. She has to look elegant, exquisite and the gown needs to look delicate and dainty but at the same time powerful, strong, which incidentally my brand has become now after I have transitioned into a woman.”

Sharing details about the gown, Saisha said, “The gown is embellished with embroidery, stones, and sequins. Harnaaz believes in sustainability, so we used embroidery material that was lying around at the studio. Also, since she is from Punjab, we incorporated phulkari-inspired motifs in the ensemble. The geometric patterns which are synonymous with the phulkari patterns are given a modern twist.”