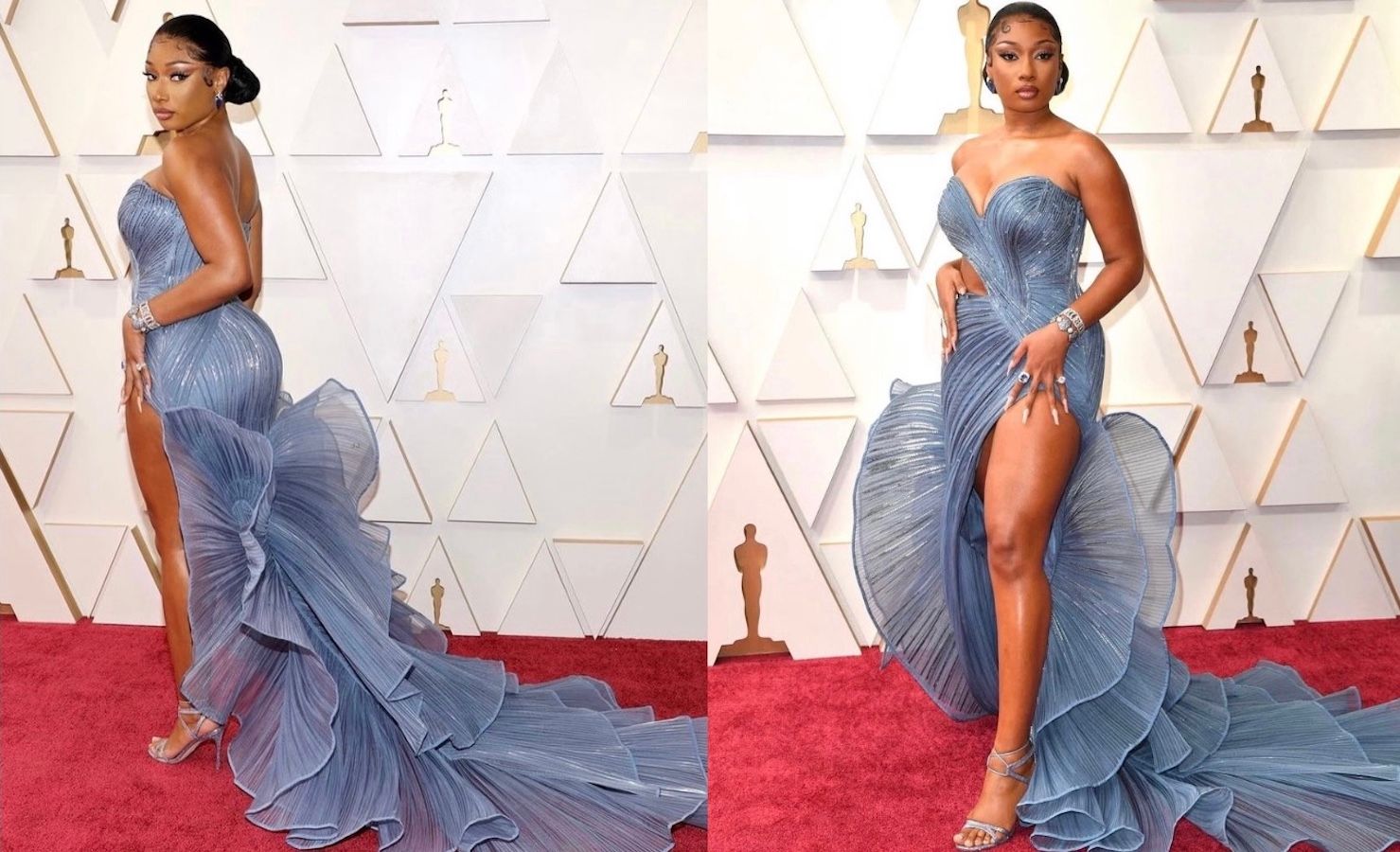 Megan Thee Stallion’s Oscar debut is the trending topic one should divert all the attention to and witness a stunner making her debut.

Talk about Oscars’s debut? Well, we have the best one to sweep you off your feet. If you have been waiting eagerly for Stallion’s next red carpet appearance, well, then your wait sure is over. The ‘savage’ rapper is all set to slay another red carpet look with her ravishing debut at the 94th Oscar Awards.

Megan Thee Stallion, the rocking rapper is accused of stealing a million hearts not just with her performances, but with her red-carpet looks too. She turned from a ‘Hot Summer Girl’ to the ‘Sweetest Pie’ within a blink of a second at the 94th Academy Awards. Stallion opted for a divalicious look for her very first Oscar appearance, which is why her debut is worth the attention. The hype isn’t just because she chose to surprise her fans, but also because of the outfit she adorned.

Megan Thee Stallion’s Oscar debut had to be a grand one, and guess what? The ace Indian designer, Gaurav Gupta made sure to give the rapper a debut to remember. She looked like an aquatic dream in a blue strapless Sculptured gown with sparkling embellishments all over the fabric. The high-cut slit followed by the ruffle-y trail marks the highlight of her look.

Stallion sure isn’t a stranger when it comes to acing red carpet looks, likewise, the hot-shot diva maintains that streak at Oscars this time. She appeared to drop a surprise verse during a live performance but, alongside she mesmerized us with her dynamic red carpet look. Megan Thee Stallion’s Oscar debut was worth the hype not just because of Gaurav Gupta’s trendy outfit, but also because of the silver jewellery and Stuart Weitzman sandals. And not to miss, the cherry on the top- her sassy nude cat eye makeup look.

All in all, Megan The Stallion’s Oscar Debut was not just a pleasant surprise for all her fans, but it was also a huge shout-out to Gaurav Gupta and his splendid style streak. From artists to designers, the day isn’t far when the Oscars stage would be conquered by the Indian gems, so hold on as this is just the beginning!