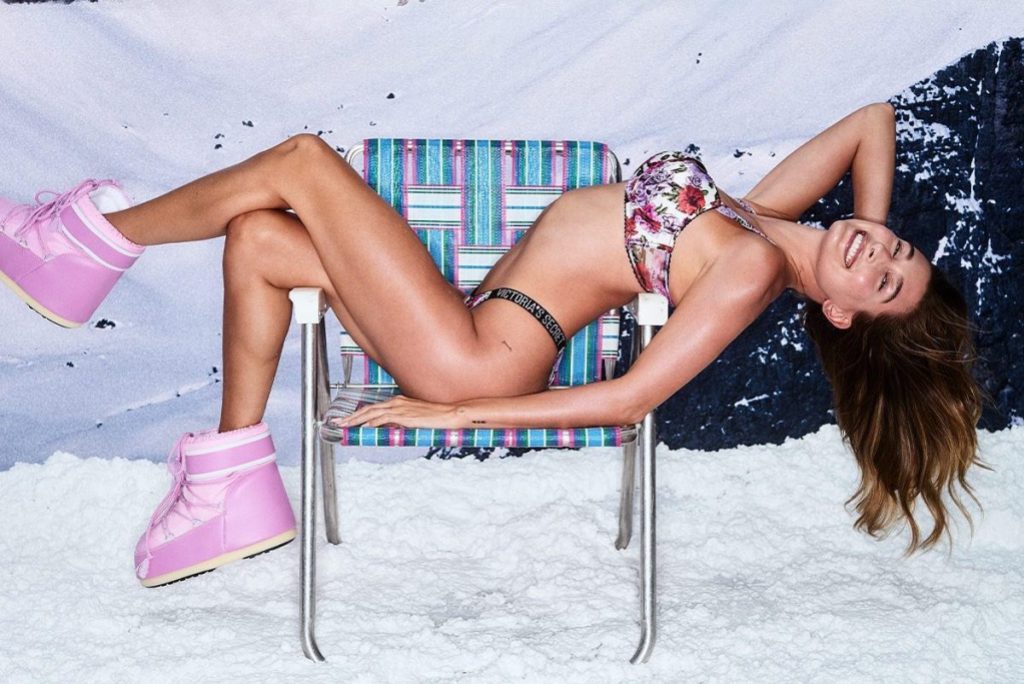 Get your hands on the season’s hottest celeb-approved shoes, moon boots

Stars like Kendall Jenner, Dua Lipa, and others have been sporting the retro-inspired stand-out with everything from a swimsuit to winter gear, fueling our moon boots obsession.

Moon Boots first appeared on the fashion scene in the 1960s, called the Space Age era and were inspired by the design of an astronaut’s anti-gravity boots during the Apollo 11 moon landing mission. This concept resulted in thick-soled, waterproof boots appropriate for tough weather conditions. In 1978, the sports equipment brand Tecnica Group began manufacturing the boots and, by 1986, they had sold over a million pairs. 50 years later, the iconic mega-boots are as popular as ever.

Moon boots: The hottest shoes right now and where to buy them

The boots were designed and made by Italian entrepreneur Giancarlo Zanatta especially to give a solid grip and insulation when walking in the snow. Lately, they’ve become less about utility and more about fashion over time. Since its transformation from space flight to coveted footwear in the 2000s, we’ve seen several it-girls of fashion, like Victoria Beckham and Hailey Bieber, wear this pleasantly odd choice of footwear.

It was not until the early 2000s that the shoe entered mainstream media, with designers such as Anna Sui, Dior, and Marc Jacobs creating their versions of the iconic silhouette. They immediately became a Y2K wardrobe must-have. The shoes are so influential that the Louvre deemed the original Moon Boot among the 100 most “significant design objects” of the twentieth century.

The boots were popular in the early 2000s and recently regained popularity. They’ll look great with baggy jeans, bedazzled button-downs, and cardigans. While bikinis and moon boots are a fun editorial moment, fashion girls are incorporating the trendy shoe into daily outfits as well. 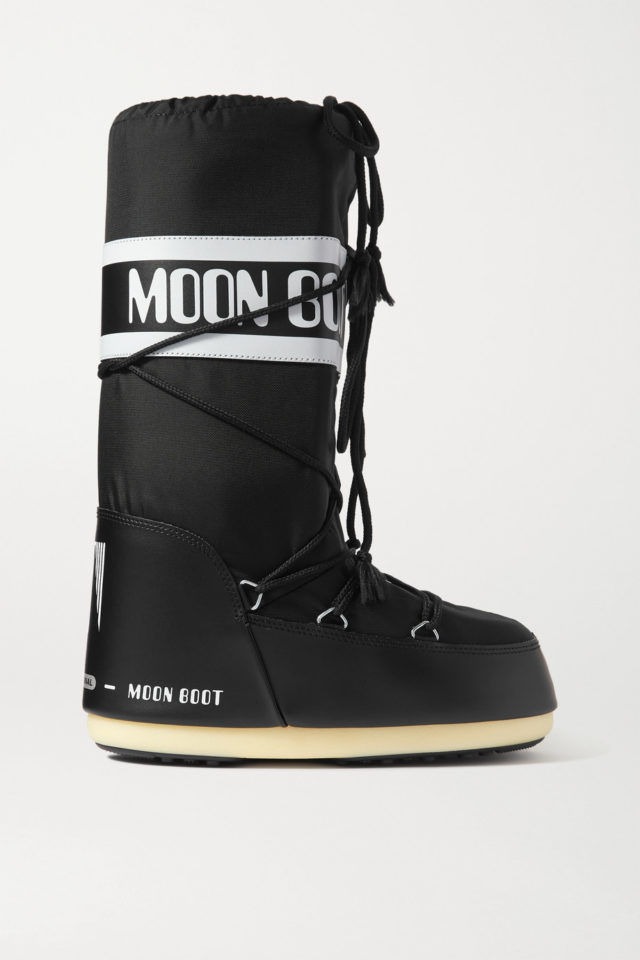 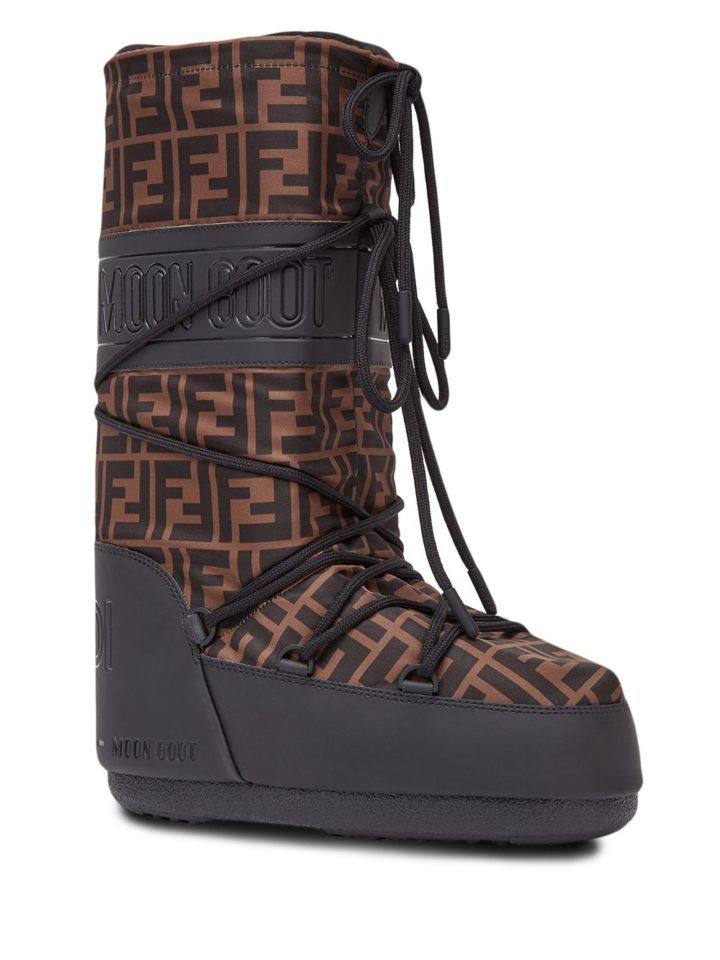 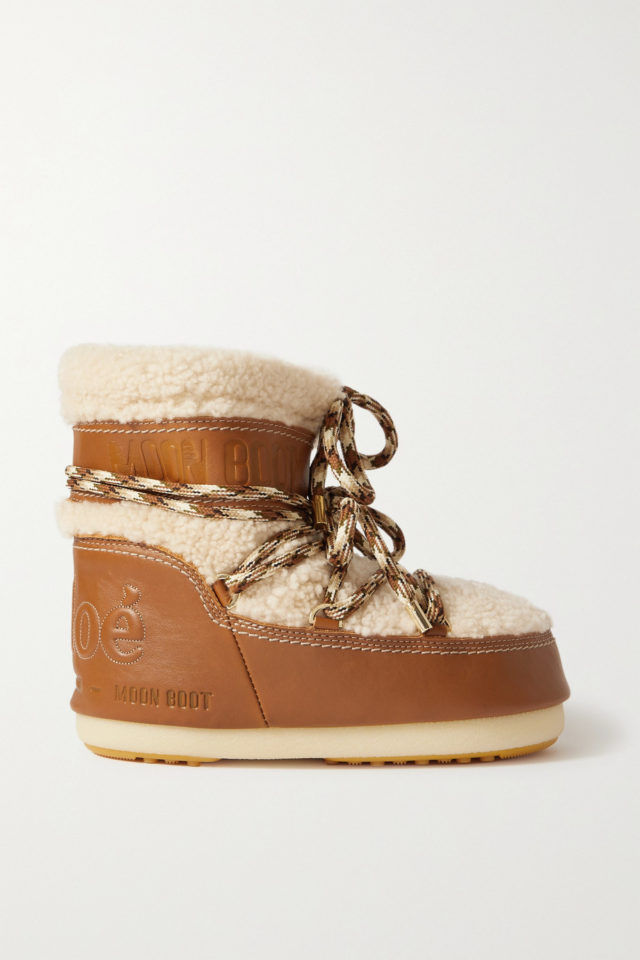 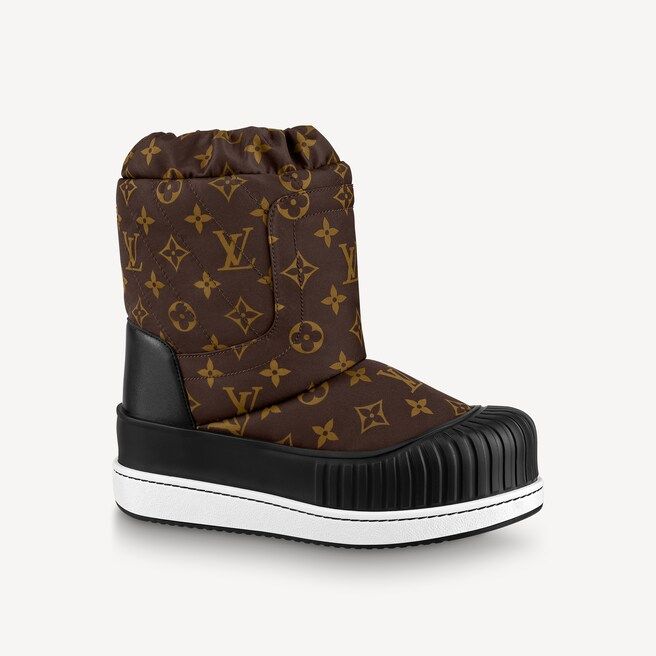 Polar flat half boot
on request 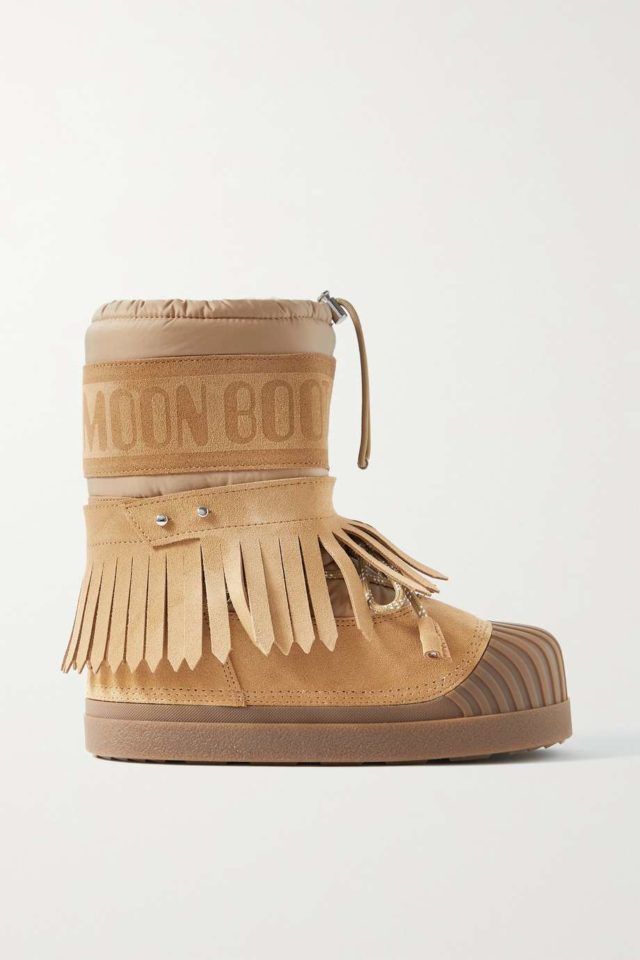 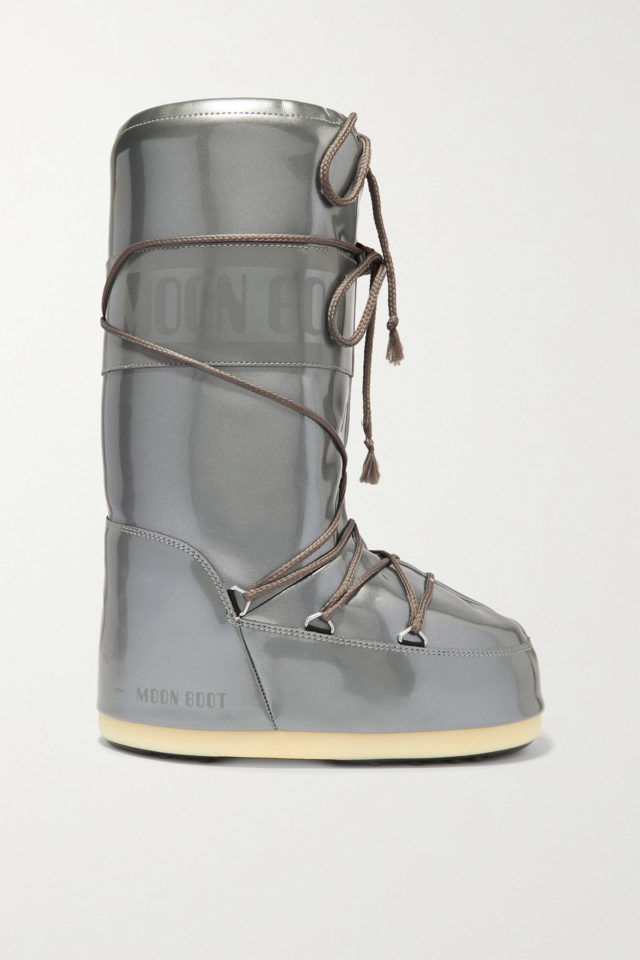 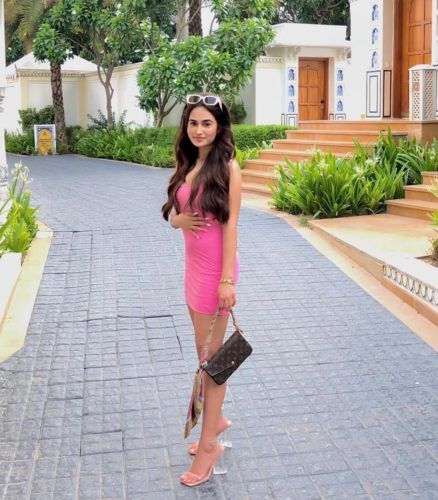