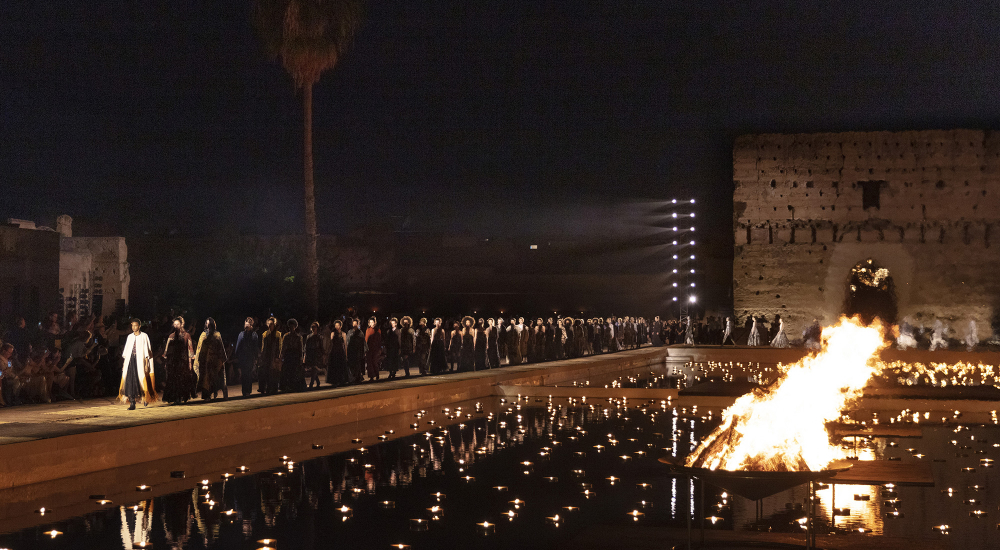 Designers have often flooded Instagram with images of their legendary catwalk moments. Their phantasmagorical fashion events were well worth their designers’ time, putting viewers in a dreamy stupor in anticipation of the next season. We pay homage to the industry’s effervescent creativity by reminiscing the most iconic fashion show locations.

The French fashion designer celebrated the 10th anniversary of his eponymous label with one of the most picturesque and fascinating runways we’ve ever seen. The location in the south of France is just a few kilometres from 29-year-old Jacquemus’ childhood home, making it an ideal and emotive venue to commemorate how far the brand has come over the last decade.

In the light of a late Provencal summer day, designer Simon Porte-Jacquemus selected the iconic lavender fields to commemorate his fashion house’s 10th anniversary. Dozens of models paraded across the Valensole hills, dressed in purple lavender sprigs (bloom season is from mid-June to the end of August). Jacquemus, whose love of Provence and taste for 1980s aesthetics is well-known, also has the eye of a painter: the fuchsia pink carpet snaking a furrow between the purple rows provides the perfect frame to showcase his creations.

Fendi Show on the Great Wall of China

Models came out of an ancient guard tower onto the illuminated runway, walking along the Great Wall while dressed in Lagerfeld’s Fendi womenswear collection. This collection included structured, stylish dresses and outfits in black, white, and vibrant red – the latter being the most auspicious colour in Chinese tradition. This fashion display at China’s most significant historical site was a pioneering event in fashion and an early ode to the country’s luxury-obsessed economy thirteen years ago.

Dolce & Gabbana Alta Moda at the Valley of the Temples

When it comes to fashion shows, it’s difficult to outdo Dolce & Gabbana. Since debuting the Alta Moda couture collection in Taormina, Sicily in 2012 in front of Naomi Campbell, Scarlett Johansson, Stephanie Seymour, and Italian cinema icons Monica Bellucci and Isabella Rossellini, the controversial Italian team have made magnificent locales their thing.

Alta Moda show locations have included the island of Capri, a Venetian palace, a Sicilian house, Milan’s Teatro della Scala, and the designers’ own Portofino cliffside residences. Millionaire and billionaire clientele, as well as reporters from across the world, attended a Grecian-themed spectacle held in Sicily’s Valley of the Temples near the town of Agrigento. The Doric-style temples are magnificent works of Greek art and architecture.

As usual, the couture was magical — sensuous draping in whites, sands, and golds created goddess ensembles suitable for a setting established thousands of years ago.

Instagram was flooded with photographs of Simon Porte Jacquemus’ giant pink catwalk in the lavender fields of Provence – and the designer did it again! This time with a 600-metre-long, twisting wooden runway in a wheat field an hour outside of Paris. In the midst of a worldwide health crisis, Simon Porte Jacquemus made the perilous choice to organise a show, the only one of this Fashion Week Spring/Summer 2021 not to be presented digitally. 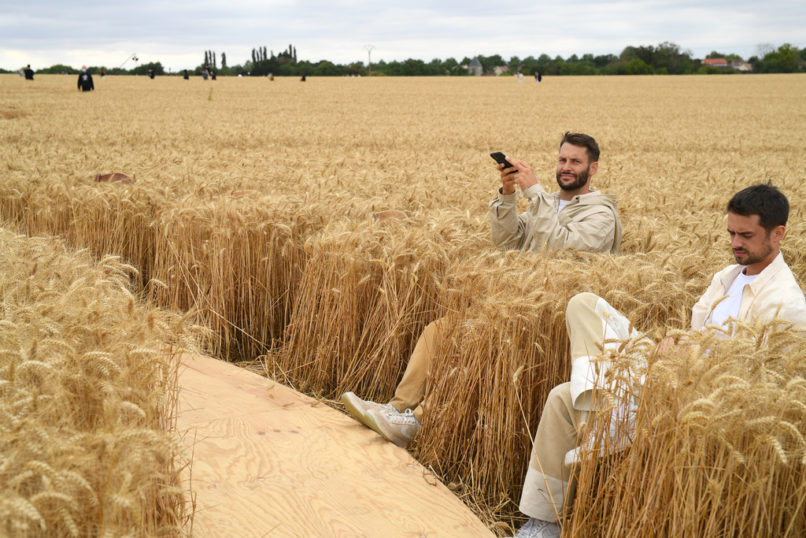 With all Jacquemus shows, there was a simple kind of magic in the air, without overkill. The wheat fields of Us, a commune in France’s Val-D’Oise area, were put up to accommodate roughly a hundred visitors in a rural and poetic setting while adhering to social distance norms. In terms of visitors and collection size, it was significantly less than expected, but the snaking runway delivered both drama and social distancing. The collection, titled ‘L’Amour,’ was dedicated to his hardworking team.

In 2019, the brand’s creative director, Maria Grazia Chiuri, staged a jaw-dropping show for Christian Dior fans in Marrakech’s 16th-century El Badi Palace. With twilight approaching for the Dior Cruise 2020, over 3000 candles were scattered around the swimming pool of the El Badi Palace in Marrakech, illuminating its magnificent Saadian architecture. The models filed out around the pool, with 113 looks presented in 26 minutes, making this the longest show in the history of the French fashion house. Classic Dior silhouettes, beautifully refined dresses, lace, tapestry, and carpet-inspired ensembles in a delicate earthy palette of khakis, whites, blacks, sand, and intricate black-and-white designs were featured in the Resort 2020 show. The star-studded evening was spectacular, culminating in a performance by singer Diana Ross.

For their cruise show in Palm Springs, Calif., Louis Vuitton secured one of the largest and most beautiful modernist houses. The French fashion brand stated at the time that the John Lautner mansion, which resembles a spacecraft with its three jutting, visor-like arches, would be able to accommodate more than 400 visitors. The futuristic house, considered one of Palm Springs’ largest private estates, lies at the top of the Southridge gated community, offering panoramic views of the Coachella Valley. The sprawling home was designed to mimic a volcano, with its undulating concrete roof and a massive hole sliced out above the courtyard. It is the first time the venue has hosted a fashion show, according to Vuitton.

Mushroom leather might soon be a part of your closet