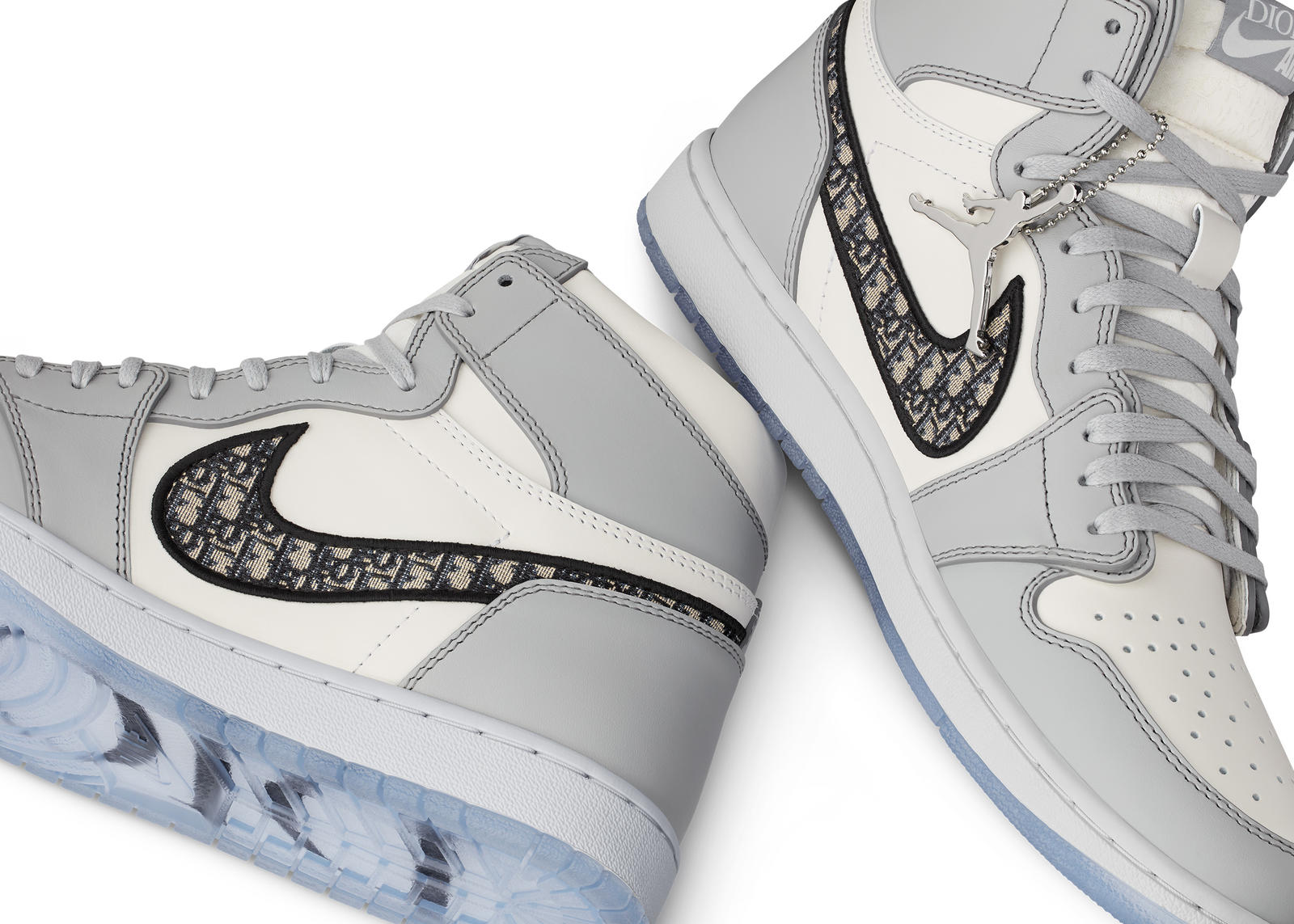 Nike x Dior collection is out, and it is the only Christmas gift we want

Style
Nike x Dior collection is out, and it is the only Christmas gift we want
Share this article
Next article

2019 has been a fantastic year of collaboration. Now that designers have proved that collaborating is better than competing, this year’s most-awaited Nike x Dior collection is out. The anticipated Dior x Air Jordan 1 collaboration was unveiled at the Dior men’s Fall 2020 collection showcase in Miami last month, as the recent brainchild of creative director for Dior Homme, Kim Jones.

Branded as the Air Jordan 1 High OG Dior, the design is clearly influenced by the designers at Nike’s Jordan Brand — with a Parisian chic twist. The grey and cream pair of high cut Air Jordans are made entirely with calf leather, paying homage to Dior’s history of leathercraft, coloured in Dior Gray and balanced with cream. The signature Nike swoosh logo is redone with the Dior Oblique monogram, as well as etched on the insoles. The outer soles also bear a branded touch with the Dior logo blazoned across the bottom of each shoe. Crossovers between high luxury and prominent streetwear labels are ramping up in numbers of late. The Prada x Adidas offerings were chased down by another Dior initiative announced just a day ago, with skateboarding brand, Stüssy.

The Air Jordan 1 High OG Dior will be available at select Dior boutiques globally from April 2020 in limited quantities. Though prices have yet to be confirmed, it is rumoured to cost an upwards of US$2,000 (Rs 1.4 lakh approx).

Style
5 timeless rules for women: Lessons we learnt from Victoria Beckham
Style
The finest celebrity watches we spotted in February
Beauty & Grooming
J.Lo’s fave, the most Instagrammed hairbrush launches in India
Travel
Le Marais: Your guide to Paris’ most vibrant and storied neighbourhood
Food & Drink
Why is it expensive: At Rs 2.6 lakhs a bottle, would you sip Louis XIII Cognac?
Style
‘’Six-inch heels can free women,’’ says French designer Christian Louboutin
Food & Drink
Traditional Hyderabadi desserts and the best places in the city to try them
Beauty & Grooming
A quick guide to knowing your skin type
Style
These jewellery labels will elevate your workwear in minutes
Sign up for our newsletters to have the latest stories delivered straight to your inbox every week.

5 timeless rules for women: Lessons we learnt from Victoria Beckham

Mastering the modern art of pattern mixing in menswear

James Bond 101: How to dress like the world’s most fashionable spy