Home > Style > Fashion > LSA & You: How British designer Osman Yousefzada is cutting through the fashion noise 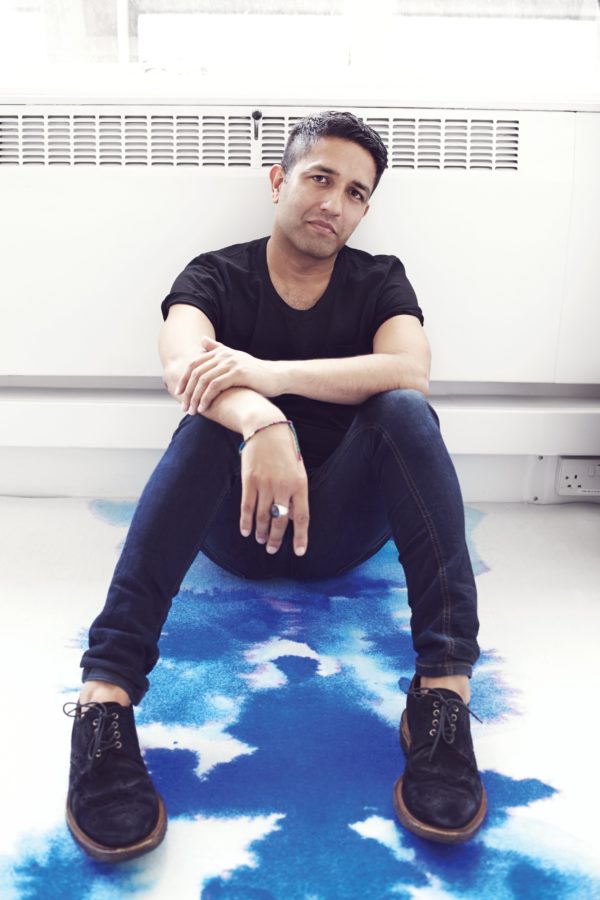 LSA & You: How British designer Osman Yousefzada is cutting through the fashion noise

Style
LSA & You: How British designer Osman Yousefzada is cutting through the fashion noise
Share this article
Next article

When Sarah Brown, wife of former British Prime Minister Gordon Brown, was seen in Osman Yousefzada’s designs way back in 2010, it became official – Yousefzada was a name to be taken very seriously in fashion. In 2013, Beyoncé wore his black and white jumpsuit to the 55th annual Grammys Awards, and since then, the designer has risen to become a favourite of Queen Rania of Jordan, Lady Gaga, and Anne Hathaway to name a few.

Because what’s not to love about Yousefzada’s sculptural silhouettes, impeccable tailoring, and clothes that can be worn by women of all ages? The designer recently launched his SS ’21 collection for his brand Osman London after taking a nine-month hiatus and did not disappoint. His 50-piece collection featured breezy dresses in an array of colours, beautifully tailored trousers, bandhgala style jackets, and stunning statement coats. South Asia played a part – the hand tie-dyes in unique prints were created in Mumbai and some key pieces were made by craft communities in India and Pakistan.

Born in Birmingham to Afghan-Pakistani immigrants, Yousefzada was raised in a conservative, tight-knit Pashtun community. His dad was a carpenter and his mum a dressmaker, so the creative gene was inherent. However, with formal education being a must, he studied anthropology at the School of African and Oriental Studies in London, fashion design at Central Saint Martins, and then earned an MPhil from Cambridge University. But fashion was his calling, and he ultimately launched his label, Osman, in 2008.

Fashion, however, isn’t the only medium Yousefzada uses to communicate on things that he’s passionate about. In June this year, he broadcast a short film about garment workers in Bangladesh — Her Dreams Are Bigger — and in 2018 held a solo exhibition, Being Somewhere Else, at the Ikon Gallery; it was based on his experience of migration. His memoir comes out next year.

Lifestyle Asia India caught up with Yousefzada to find out more about his heritage, his passion projects and what it means to be sustainable.

When did your love affair with fashion begin?

I was immersed in fabric, materials, and making at a young age. My dad is a carpenter, and my mum, a dressmaker/machinist. So, this artisanal ability to make stuff with your own hands was in my blood. Yet, coming from an artisan background, my parents wanted us to get an education, at least the boys. I was allowed to help my mum with her work — sourcing all the trims and haberdashery, scouring the local Asian shops in our enclave to match the best laces, the exact threads for sewing and embroidery, chiffons for dupattas to match the suits. I was the intrepid boy who searched for my mum from behind her segregated world and brought back home what she needed to carry out her work.

Does your mother work with you?

No, my mum lives in Birmingham, and I in London. Sometimes I ask for her thoughts on colour combinations, as she still has a set of rules — rules she learnt as a young girl when she used to embroider. But she doesn’t always understand who would buy a £1,000 dress, as it’s a different world from what her set up was like.

What about your rich heritage inspires you the most?

The colour, the drapes and the play with fabric, its densities, the different types of embroideries and its regional traditions and the resultant surface decoration, the rituals associated with certain garments, and the fact that craft and artisanal values are still alive. That my extended family still embroider their own bedsheets and pillowcases. I vehemently believe the artisanal skills need to be supported, kept alive, and brought to the forefront.

From Anne Hathaway to Beyoncé to Miranda Kerr,  you’ve got a lot of A-listers wearing your designs, especially your eveningwear. How does that feel?

I don’t think about it much. Getting my clothes on an aspirational woman who is in the public eye — I’m very grateful for that opportunity. It allows you to have a conversation with a wider audience, and that is so key when you’re a small operator with not a big advertising budget.

How does India play a part in your designs?

I make some of my clothes and predominantly all my embroidery in India. I love that my ideas are translated by heritage, and I have an affinity and a similarity though far away in England. I try and do as much locally, where the final garment is produced — the production of the fabric, its finishing, and embroidery, so as to avoid an unnecessary carbon footprint.

You recently worked on the film Her Dreams are Bigger with Livia Firth (an ardent supporter of ethical fashion), focusing on the garment workers of Bangladesh – can you tell us a little bit about that?

I had gone to Dhaka in Bangladesh to do an art project, and at the same time, I was preparing for my solo exhibition at the Ikon Gallery in Birmingham. Livia was very kind to support my project and introduced me to a local fixer who took me behind the scenes, who in turn introduced me to the people who make our clothes, especially in the fast fashion environment. I asked them to imagine who they were making clothes for, and what came out on how they saw their place in the world and in the fashion system, was so fascinating. It still makes me cry each time I see it.

‘Her Dreams are Bigger’ by Osman Yousefzada from OSMAN YOUSEFZADA on Vimeo.

And your memoir that comes out next year?

It’s a portrait of growing up in parallel realities and how I’ve navigated those realities in a closed community. It’s these communities that faced racism, and marginalisation, and looked inwards for strength. My dad had come to work in factories that eventually closed down, and because they were unable to re-train, both my parents couldn’t read or write — they were left stranded by the system, which had moved and they didn’t have the skills to follow it. And the aftermath of that is still felt today in those enclaves.

What is sustainability to you in terms of fashion?

Clothes should not have a disposable nature, I make clothes more than fashion, that’s how I would like to look at it. Fast fashion is killing the planet. Mountains of clothes in developing countries have become dumping grounds, yarns take 500 years to dissolve – there’s a lot to work on. What is more upsetting is that new materials such as vegan leather are supposed to make the planet better, but take 500 years to disintegrate. The conversation has become about marketing, rather than how we really use our environment for our benefit.

A girl with an unhealthy obsession with Gucci shoes, Habib loves anything and everything fashion. A fashion writer by profession, she’s also addicted to working out at her favourite studio, Physique 57. In her spare time, she’s usually hanging out with her little daughter, which often includes playing dress up!