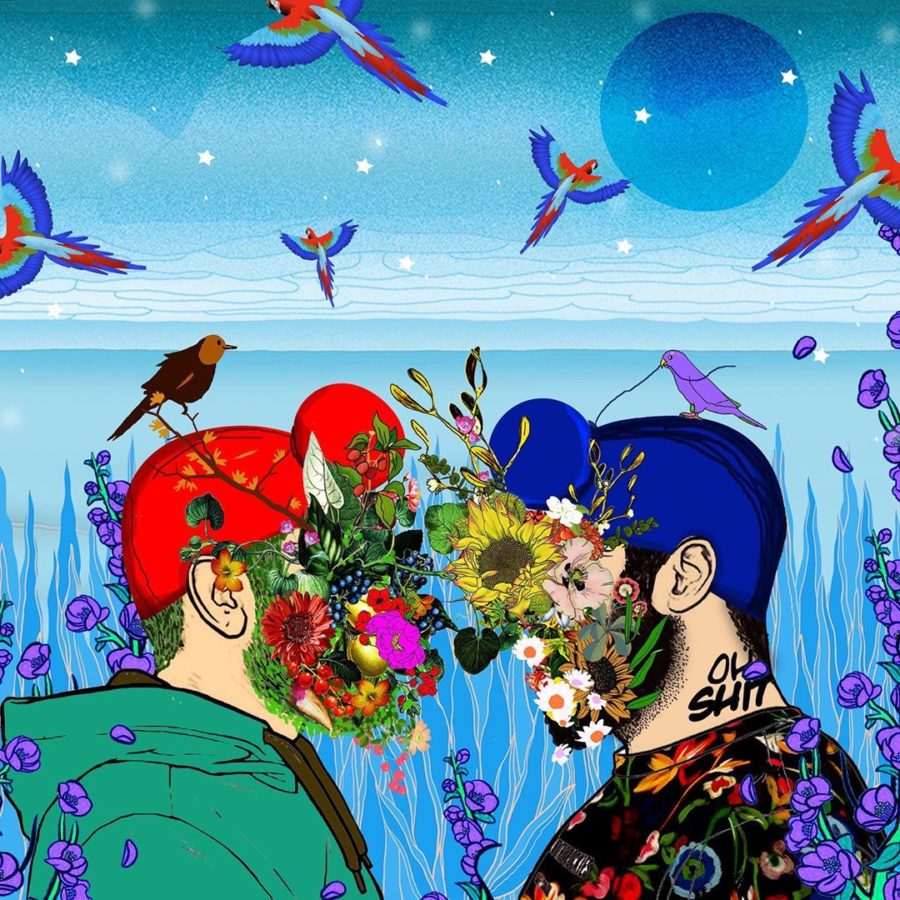 A concoction of psychedelic colours, themes capturing the cultural zeitgeist, and silhouettes fit for any fashion-forward individual, that’s how one can sum up Delhi-based Param Sahib’s eponymous label. On a closer look at his creations, intricate and interesting details emerge. 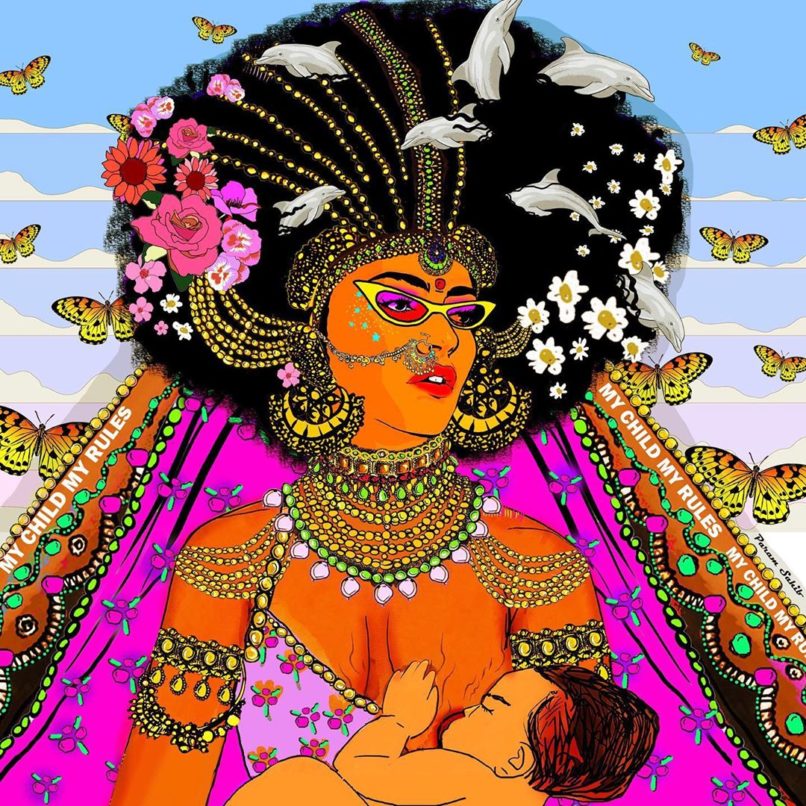 Sahib’s love for self-reflexive art manifests via his illustrations. His brides, for instance, are not veiled, they carry kirpans, flaunt their afros, septum rings, and tattoos. Sahib’s answer to hypermasculinity comes via his depiction of men wearing jewellery, featuring loud colours and embracing the love for same-sex. If fashion stems from a contextual narrative, then Sahib himself plays the protagonist. One scroll down at his Instagram, and you will see how he has re-imagined the image of a modern Sikh man via an unapologetic frame; accepting of all racial, religious, and sexual diversities. After graduating from NIFT Bangalore, Param Sahib travelled all over India soaking in inspiration, did some styling for South Indian films, and even tried his hand at blogging. He soon took to illustrating and started posting his work on social media. However, his artwork was trolled; it even led to a physical attack. With healing came a sense of persistence and an unapologetic approach to art and fashion. Sahib finally launched his label in 2016. Today Sahib’s work seeks inspiration from not just the LGBTQIA spectrum but reflects on body positivity, racial tolerance, and much more. So whether you are on a lookout for colourful bomber jackets, edgy bridal wear, statement skirts to even accessories, be ready to indulge in some wearable art.

Imagine crimson red peplum cholis paired with hot pink skirts, tops with bejewelled exaggerated shoulders, and ankle-length boots embellished with mirror work; there is nothing that falls out of Sahib’s mood board. Even Bollywood stars such as Taapsee Pannu and rapper Rajakumari have embraced his creations. You can shop Param Sahib clothing and accessories at Pernia Pop-Up Shop

Param Sahib gave us a complete lowdown on what inspires him and his future plans.

On his brand’s ethos 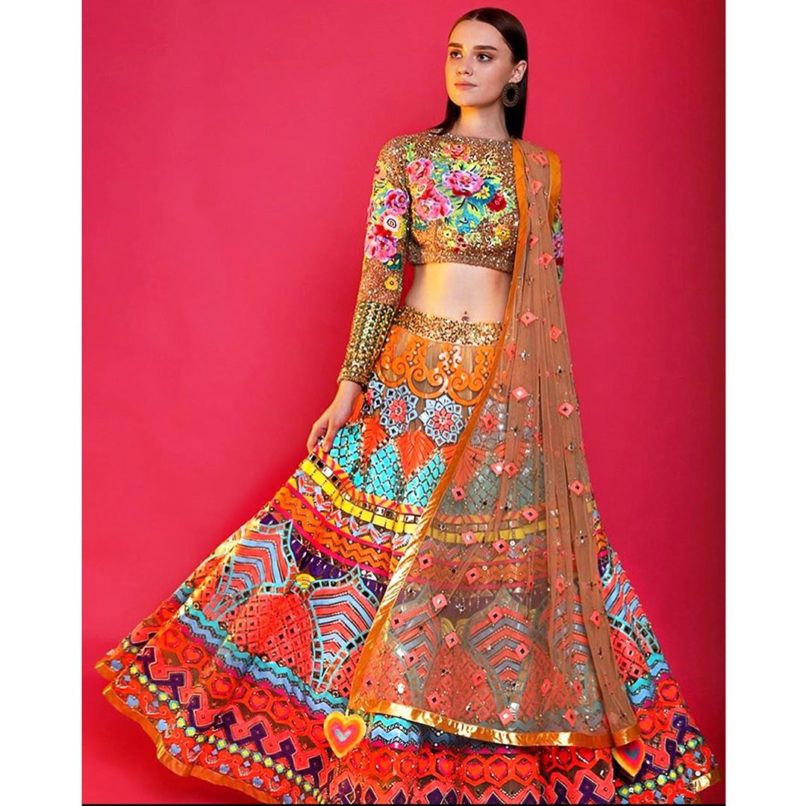 The brand branches out from the generational culture of Punjab and their love for everything colourful. My family hails from Punjab and growing up in such a vibrant culture with rich heritage made me transit the language of the culture and the art into clothes. Our brand is primarily an Indian wear label, focusing on brides and bridesmaids. We take pride in our signature 3D hand embroidery and applique work that forms the core of the label.

On fashion being a form of expression 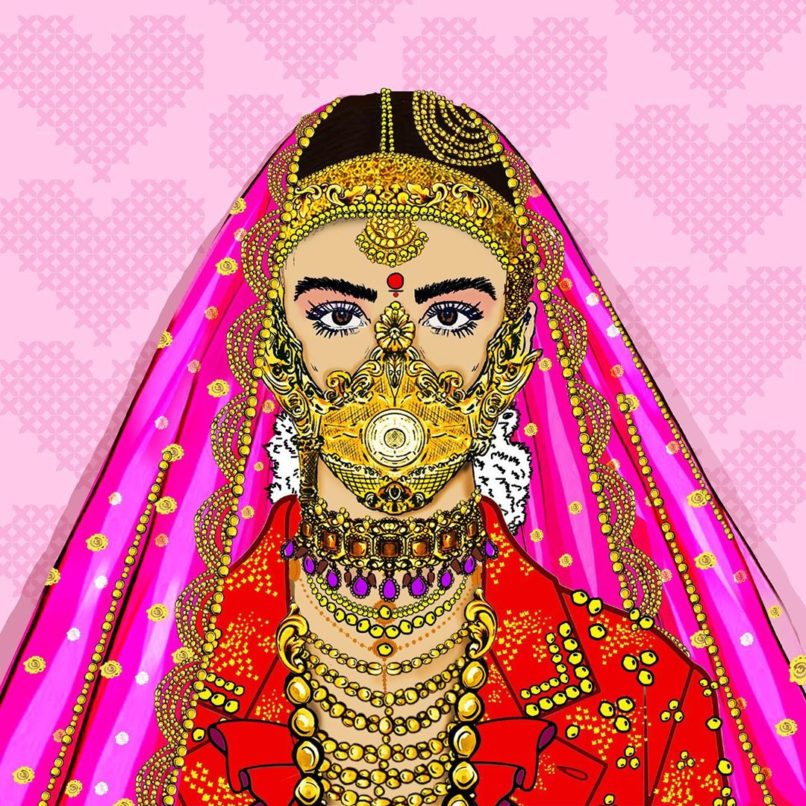 As an artist, I feel, clothes and canvas are strong mediums to convey what you have to and reach out to people via a visual medium. A designer’s /artist’s work becomes that voice that can communicate through varied mediums and have an everlasting impact on those consuming it and are moved by it. Most of my artwork is an extension of my personality and memories. The instances depicted are common to every self-discovering queer person, and the fact that people connect with it is because they have also experienced and gone through similar situations.

On varied sexual identities being his major theme People are finally embracing truths about the LGBTQIA community, ensuring that they have equal rights, and their voices are heard. My artwork primarily revolves around a Sikh guy exploring the facets of his queer life daily and how he wants to express himself with a Sikh hero being a central character of his story. Pop culture, digital, and print media and several brands have initiated conversations that is a welcome change. When I create art, I aim to enable people to think and have strong opinions about various issues, which were considered taboo until now.

On his future plans Currently, we are trying to rethink our business strategies. We are looking to create a more sustainable approach toward building our brand. Our focus now is more on ready-to-wear, and you will see our fourth edition of Pop Printed shirt along with some amazing art pieces.

Indian Designers Param Sahib Param Sahib fashion Parambanana Param Sahib art work
Anupam Dabral
Sr. Associate Editor
It was while studying fashion journalism at London College of Fashion that Anupam developed a keen interest in the anthropological aspect of the discipline; for him, fashion only makes sense when seen in the context of its environment. He is always on the hunt for great stories, and in his spare time binge-watches films/shows starring Whoopi Goldberg, Dawn French and Jennifer Saunders.
Fashion Jewellery Style