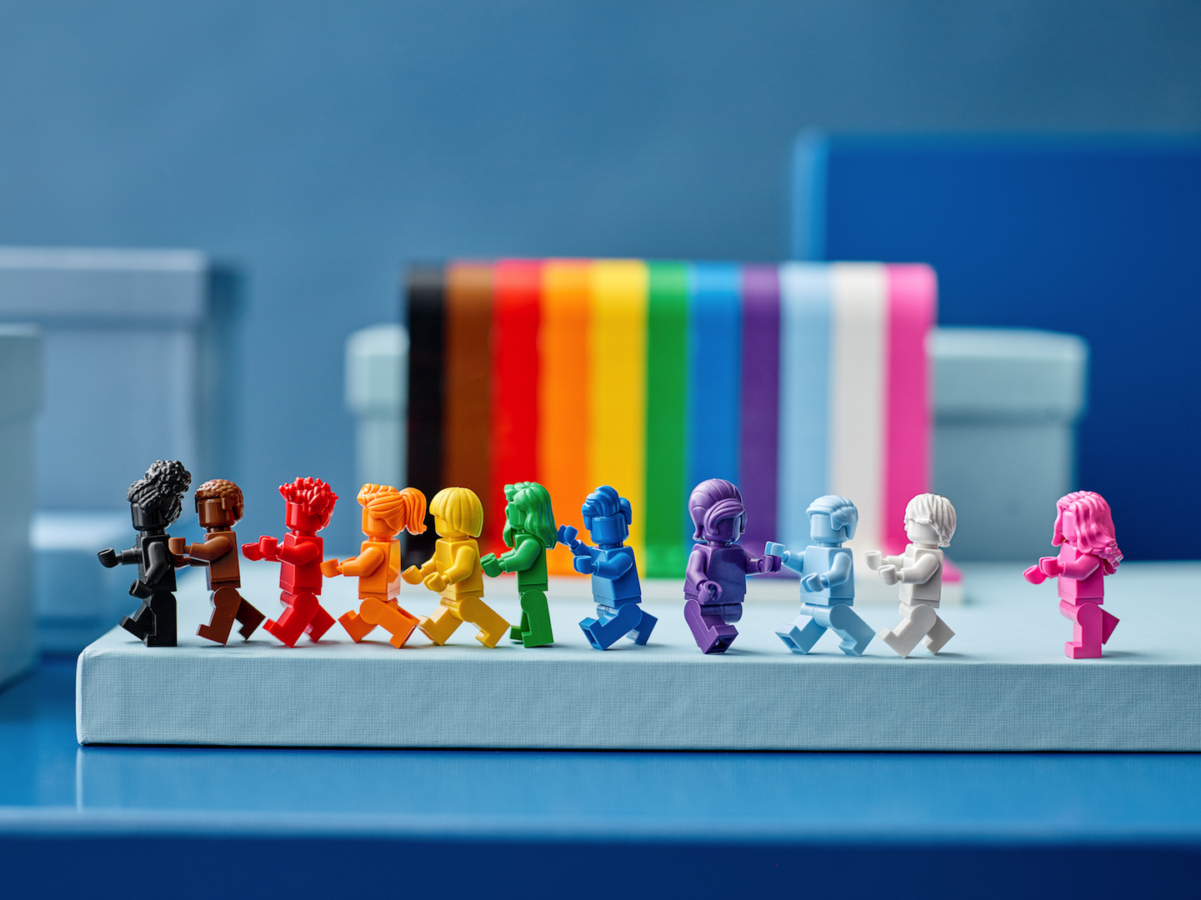 It’s that time of the year when the fashion industry takes out the brightest coloured threads and weaves a tribute to the LGBTQI+ community. From Balenciaga’s punny hoodies to LEGO miniatures modelled after the rainbow spectrum, this Pride Month, we round up all the bright sparks that are aligning themselves.

The month offers millions of individuals opportunities to come together to express themselves and feel proud. While there is weight to arguments about a colour spectrum becoming a symbolic tool for brands to promote commercial enterprises, it’s also a show of support for a community that is a big part of the fashion industry. Hence, a round-up of Pride Month collections that are not only selling kaleidoscopic products but also supporting LGBTQI+ organisations are in order.

Disney prides itself in being a leader in creating LGBTQI+ content as well as workplace equality. The Pride collection supports related international organisations like Arelas, BeLonG To Youth Services, Minus18, Diversity Role Models (DRM), GLSEN, and many more. Mickey and friends (even those belonging to the Marvel and Pixar universe) come aboard rainbow-hued pieces like masks, t-shirts, pins, backpacks, mugs, and caps.

On May 17, Apple announced two Pride-themed Apple watch bands in support of the LGBTQI+ community with proceeds going to organisations like Encircle, Gender Spectrum, GLSEN, et cetera. The Nike Sport Loop used a woven rainbow to reflect this mood.

The fifth annual ‘Proud Prom’ is being hosted in California by the footwear brand UGG in association with Pacific Pride Foundation with LGBTQI+ spokespersons like Lil Nas X, Maya Samahar, Hari Nef in attendance. The brand will also be donating $25 on sale of every Disco Stripe Slides to the GLAAD organisation.

A capsule collection of t-shirts, caps, socks, and sweatshirts designed by LGBTQI+ artists is on agenda for the American casualwear label, GAP. They are also contributing $50,000 to GLAAD.

In support of the Trevor Project, an organisation that focuses on suicide prevention efforts among lesbian, gay, bisexual, transgender, queer, and questioning youth is Fossil’s limited-edition Pride watch collection. The brand’s classic Minimalistic 40mm watch case is reimagined with a rainbow strap and indexes. 100 percent of sale proceeds from the watch case and straps will go to the foundation.

Coach’s ‘Pride Is Where You Find It’ campaign talks about the importance of finding community, especially in light of the pandemic. Featuring Bob the Drag Queen, Miles Heizer (of 13 Reasons Why), Jack Mizrahi, Stasha Sanchez and Rina Sawayama in the rainbow version of Coach’s signature pattern. The collection supports the Hetrick-Martin Institute in New York focused on helping at-risk youth.

An annual donation to OutRight Action International plus a kickass collection that can be customised for you are in order at Levi’s. The Pride 265 collection called ‘All Pronouns, All Love‘ explores the concept of all gender identities. Denim and rainbow colours come together on a range of t-shirts and denim jackets in celebrations.

A pun on the classic GAP logo sweatshirts is Balenciaga’s GAY pride ones in celebration of the coming month. This tongue-in-cheek collection is a departure from the usual rainbow pieces. The brand will be donating 15% of the sale proceeds from the oversized sweatshirts to The Trevor Project.

We’re saving the best for the last! The LEGO Pride collection is the cutest little collectable set that celebrates the occasion. ‘’Everyone is Awesome’’ is a buildable display model inspired by the rainbow flag and created to celebrate diversity. Featuring 11 monochrome mini-figures, each with its own individual hairstyle and rainbow colour, it is another way to express our awesome selves. As a part of their commitment to build a diverse and inclusive workplace, LEGO Group has partnered with Workplace Pride, Stonewall and Open for Business and supports UK-based charity, Diversity Role Models, which works to educate children about inclusivity.

Jelly sandals are making a comeback as the hottest shoe trend. Here’s where to find them