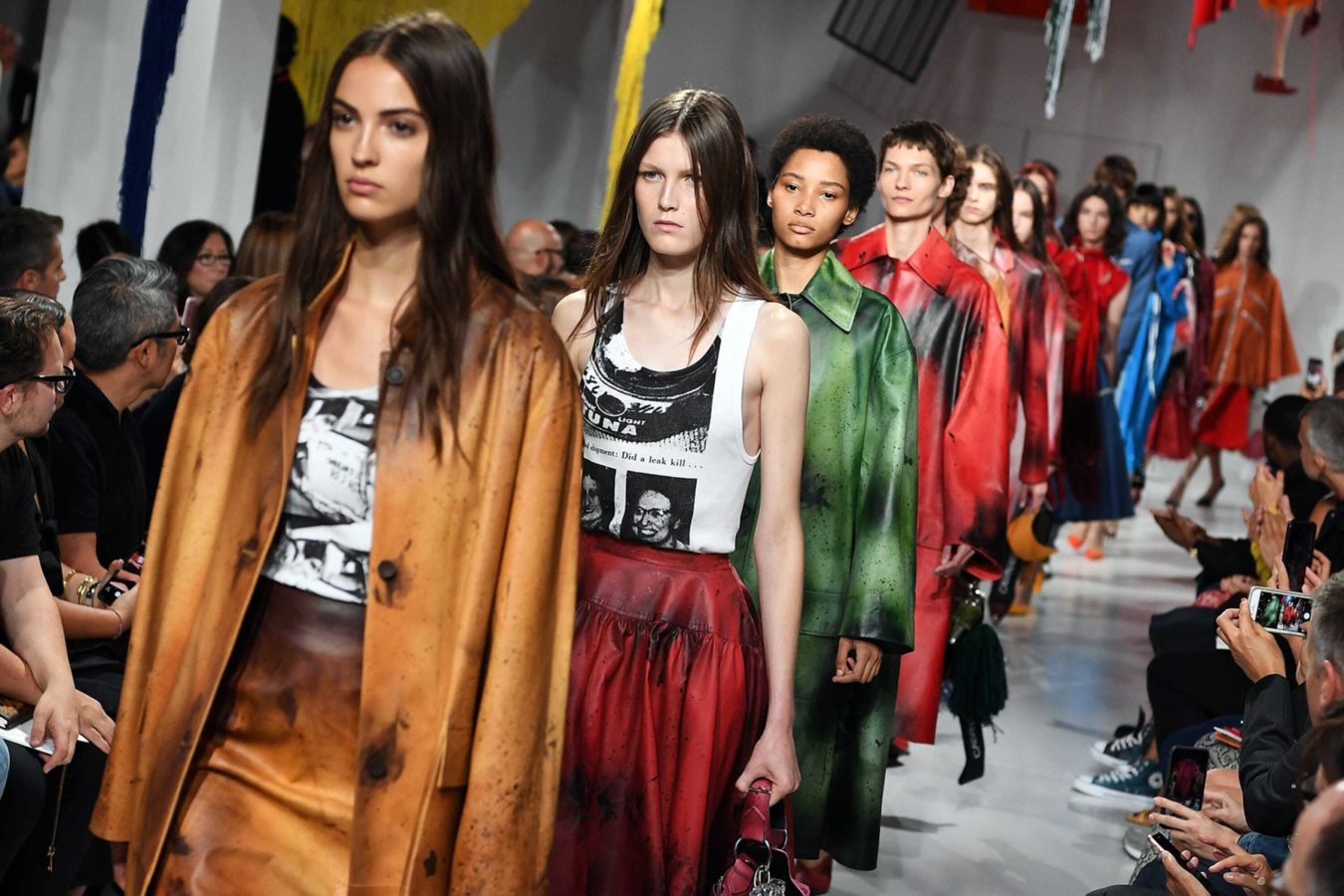 Belgian designer Raf Simons has two highly-anticipated debuts to make on the horizon — For Prada, as the Italian brand’s new co-creative director, and for his eponymous label’s womenswear collection. It will be the first of its kind since Simons’ brand was launched 25 years ago.

Yet it certainly won’t mark Simons’ foray into women’s fashion. That was in 2005, when, as a little-known menswear designer, he was appointed as creative director of Jil Sander. Simons had no experience designing for women then, but he had proven himself to be a master of the skinny suit — a signature ensemble for both his own fashion brand and Jil Sander.

Of course, another thing the latter was embraced for was his brand of minimalism: sharp, sculptural, and androgynous. Simons stuck to those house codes, even as he played with volume (he went big) and colours (he went bright). His experimentation with women’s fashion at Jil Sander was met with winning results, and in some cases, instantly imitated. That’s especially true of his designs with colour-blocking — a trend that we still haven’t quite shaken from our style subconscious. Neither has Raf Simons, who would later employ the same technique on his Calvin Klein clothes.

But that comes much later, after Dior. The French fashion behemoth came calling in 2012, in search of a new women’s creative director following their dismissal of John Galliano. Simons made sense: he was the industry darling, and in spite of his career as a ready-to-wear designer, he understood haute couture intimately.

This understanding surfaced in his pivotal Jil Sander Spring/Summer 2011 collection, for which he called on the spirits of all the old masters — Balenciaga, Givenchy, Yves Saint Laurent, and Christian Dior. Simons took their couture classics — each one a statement of maximalism, as fashion in its purest form — and distilled them through the modern, minimal Jil Sander lens. In other words, he made them very wearable — and sellable.

At Dior, Raf Simons oversaw all women’s collections, both ready-to-wear and haute couture. When he was given the keys to the storied haute couture house, filled with archives and artistic resources, one would have expected him to set loose some big, bold vision of fashion as his predecessor had done. But Simons stayed rooted in reality, producing collections that were romantic, but not old-fashioned; expertly crafted, but not excessive.

Style
Under the radar brands experimenting with recycling

That sense of realism in his clothes, then, made him a (seemingly) fitting choice for Calvin Klein. The American fashion giant is as real as one could get: it made a business out of denim, underwear, and jeans. The only fantasy it sold was that of sex, spelt out through provocative campaign imagery (think a topless, teenage Kate Moss). Yet that simplicity was lost when Simons joined the brand in 2016, trading Paris for New York. Throughout his two-year tenure as creative director for Calvin Klein, he was caught up in presenting American clichés in his clothes, such as Andy Warhol, cowboys and Jaws (1975). This was often done blatantly; some of his designs even featured the star-spangled banner.

Simons’ cerebral approach to design ultimately cost him his Calvin Klein job, but those few collections he made are perhaps the closest thing we have to a preview of his upcoming womenswear line. After all, at his eponymous label, Simons had earned a cult following with designs that were infused with such cultural references. New Order, Kraftwerk, Sonic Youth, David (both Lynch and Bowie) are just some of the music and film icons that informed his design vocabulary, each mined from the subcultures of the youth. Or at least, Simons’ youth.

For the first time, we might get to see all of that translated into his women’s clothing. Imagine parkas printed with Peter Saville’s album artworks, or sweaters emblazoned with punk-inspired patches — all for women. Simons has been feeling nostalgic, too: he recently announced the reissue of his most memorable pieces (like the aforementioned parka) from his label’s archives.

As for the announcement about the launch of his women’s line on October 23, Simons left a few clues in the form of old-school slogan stickers on his Instagram. The most telling one simply read: “Teenage Dreams.”

Dior Calvin Klein Jil Sander Raf Simons
Lifestyle Asia
Here's where you can read the latest news and stories from Lifestyle Asia, curated from all of our editions in Hong Kong, Singapore, Kuala Lumpur, Bangkok, India and Paris.
Luxury

The Designer Stockroom sale is live: 78 Indian designer labels, at upto 70% off