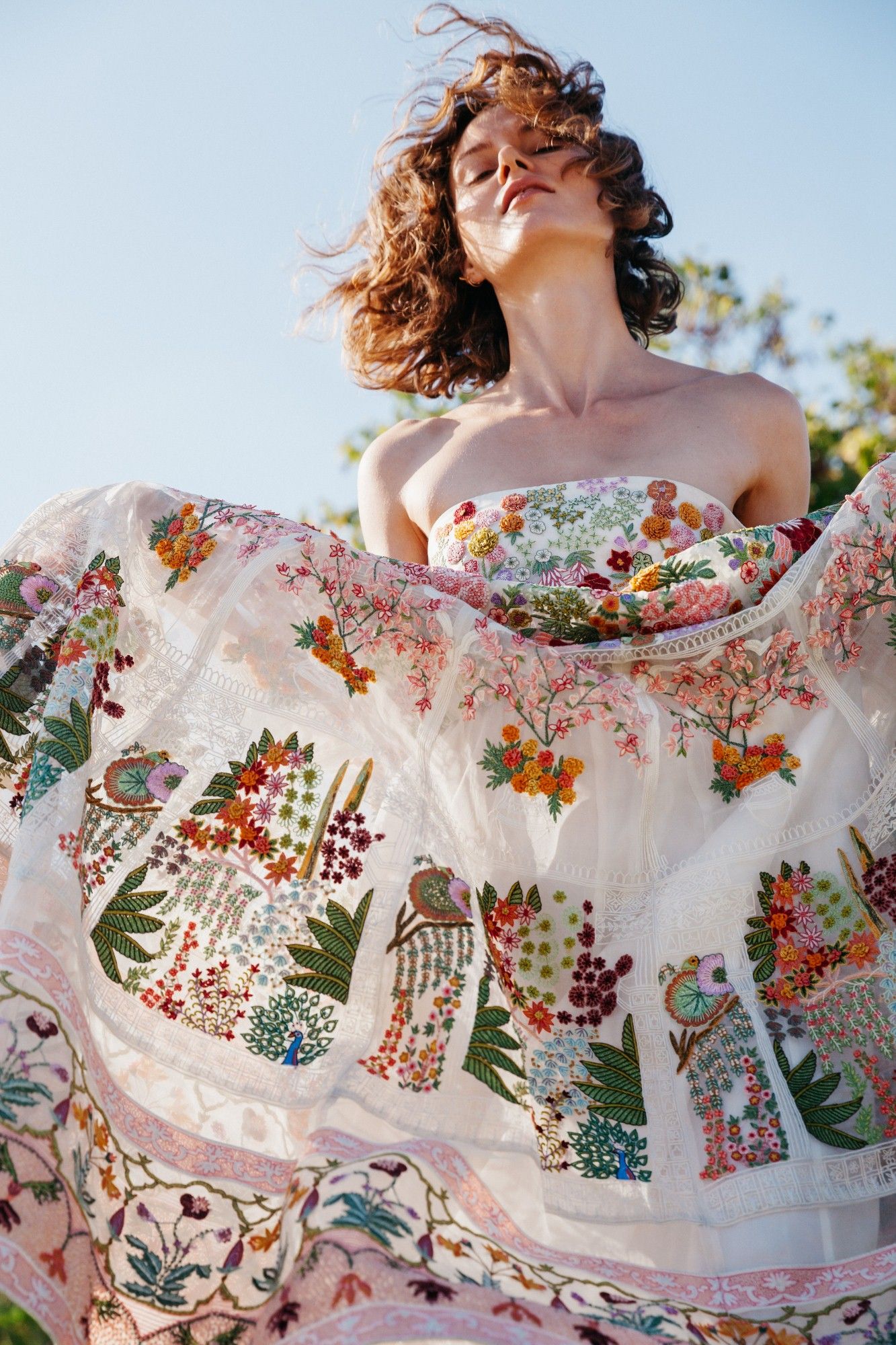 It wouldn’t be an exaggeration to say that designer Rahul Mishra‘s ease of design is such that even his ready-to-wear pieces feature couture-like detailing. Over the past decade, Mishra has been a Paris regular, rubbing shoulders with some of the biggest brands in the world, and this season marked another achievement. He made his Paris Couture Week debut, exhibiting 18 of the most intricately created masterpieces that employed an array of couture techniques. Lush fabrics, silken threads, hand embroidery, and hand-cutting, and sewing of thousands of minute elements defined Rahul Mishra’s Couture Fall ’19 showcase in Paris.

It was these pieces that Mishra recently held a special exhibit of at Serai, New Delhi. Nine couture pieces showcased the focal point of his work – growing cityscapes. “They no longer seem like concrete, like blocks of bricks, but instead they redefine the very idea of growth, the very definition of what it means ‘to live’,” explains Mishra.

Veering away from bridal vocabulary, Mishra’s is an artisanal approach to embroidery, a first-of-its-kind treatment that infuses a featherweight lightness to the most rigid structures. Imagine thousands of buildings-like patterns perched on a delicate organza dress or countless hand-embroidered flowers confectioned in tulle – that’s what Mishra defines as weightless couture. Certain embroidered pieces have taken more than 3,4oo hours of handwork. “Each building is individually hand tacked onto an embroidered stem that is then secured on the ground by hand stitches.” says Mishra. “The stem is symbolic of organic growth, of nourishment, life.”

Structures are represented by replicating details of a palace, its interiors, gardens, and even boundary walls via intense embroidery, and 3D applique work and its different forms have been used to create signature floral motifs. The pieces exhibited at Serai will also be a part of his couture presentation at the coming India Couture Week.