As he stitches together the final threads of his latest Paris Fashion Week collection, acclaimed Indian fashion designer Rahul Mishra is taking inspiration from France — and a fellow master from another era.

“I want to achieve the impossible, I want to paint air,” he told AFP, quoting the 19th-century impressionist painter Claude Monet. Both men are known for their artistic urge to depict nature — Monet on canvas, and Mishra on his extravagant haute couture gowns, feted for their bursts of embroidered floral colour and petal-shaped ornamental flourishes.

All about Rahul Mishra’s creations

Mishra’s creations are a regular staple of the world’s leading fashion magazines where they are modelled by film stars including Cate Blanchett and Michelle Yeoh. Dozens of designers, tailors and crafters have been hard at work in his new workshop near India’s capital New Delhi, putting the finishing touches on the “Cosmos” line he debuted on the Parisian catwalk on Monday.

Some sit on mats in front of embroidery looms sewing flower motifs onto delicate sheer fabric in a painstaking enterprise that stands testament to the force of Mishra’s creative vision.

“I dream a lot, I am often lost in a new world, in a kind of fantasy,” said the casually dressed 43-year-old, striding in Nike trainers between workbenches to introduce the work of his colleagues. “I come back and share it with my team, I speak to them, talk to them… and then that dream becomes a common dream, everybody starts believing in this idea.”

Mishra’s fantasies have materialised into hot property in the years since he won the International Woolmark Prize — one of the fashion world’s top accolades — in 2014.  The French Fashion Federation included his work on the Paris ready-to-wear runway the same year, and in 2020 he became the first Indian to feature in its haute couture programme. 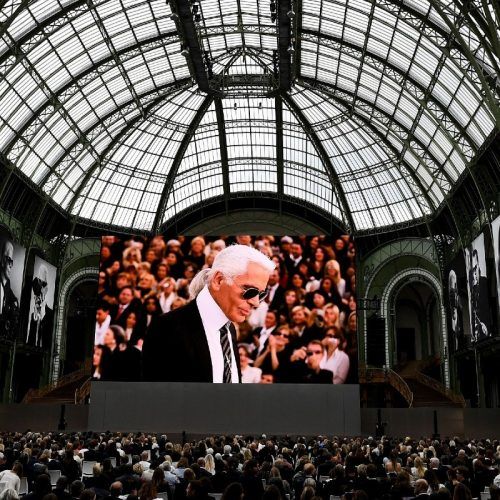 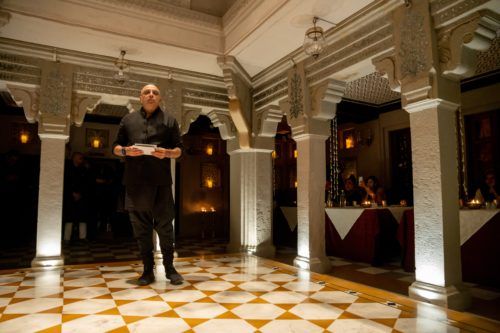 Nature has been Rahul Mishra’s most enduring source of inspiration, beginning at the age of 10 when he felt compelled to sketch the blooming flowers and natural scenery of his rural hometown. With no mentor and a doctor father who pushed him to pursue a more steady career, Mishra almost abandoned his couture dreams before breaking off his university science studies.

He enrolled at the National Institute of Design, India’s premier creative arts academy, before studying in Italy’s fashion capital Milan. His recent artistic triumphs show how little he has strayed from his roots.

A highlight of his “Tree of Life” collection last year is a sleeveless floral gown bursting with a cornucopia of 120 colours in the couturist’s embodiment of spring. “This must be the most colourful piece I have ever done,” he said, adding that each floor-length dress represented 5,000 hours of labour.

“There are hardly 200 artists across India who are able to manage this kind of multicolour work,” he added. “It is more difficult to replicate the original piece than to create it.”

Mishra now has his sights set on building a global presence and in March, will launch a new ready-to-wear collection in Europe. His first European boutique will open in London later this year thanks to a joint venture with Indian conglomerate Reliance, a key distributor of luxury brands which has exclusive tie-ups with Balenciaga and Armani.

“My biggest goal is that one day we’ll be able to provide employment for more than a million people around the world.” Like many artists, each one of Mishra’s finished endeavours is a reflection of the torment and doubt that come with habitual agonising over minute details — an emotional struggle that is also a wellspring of creative inspiration.

“I think more than the final fashion show… what excites me most is the process.”