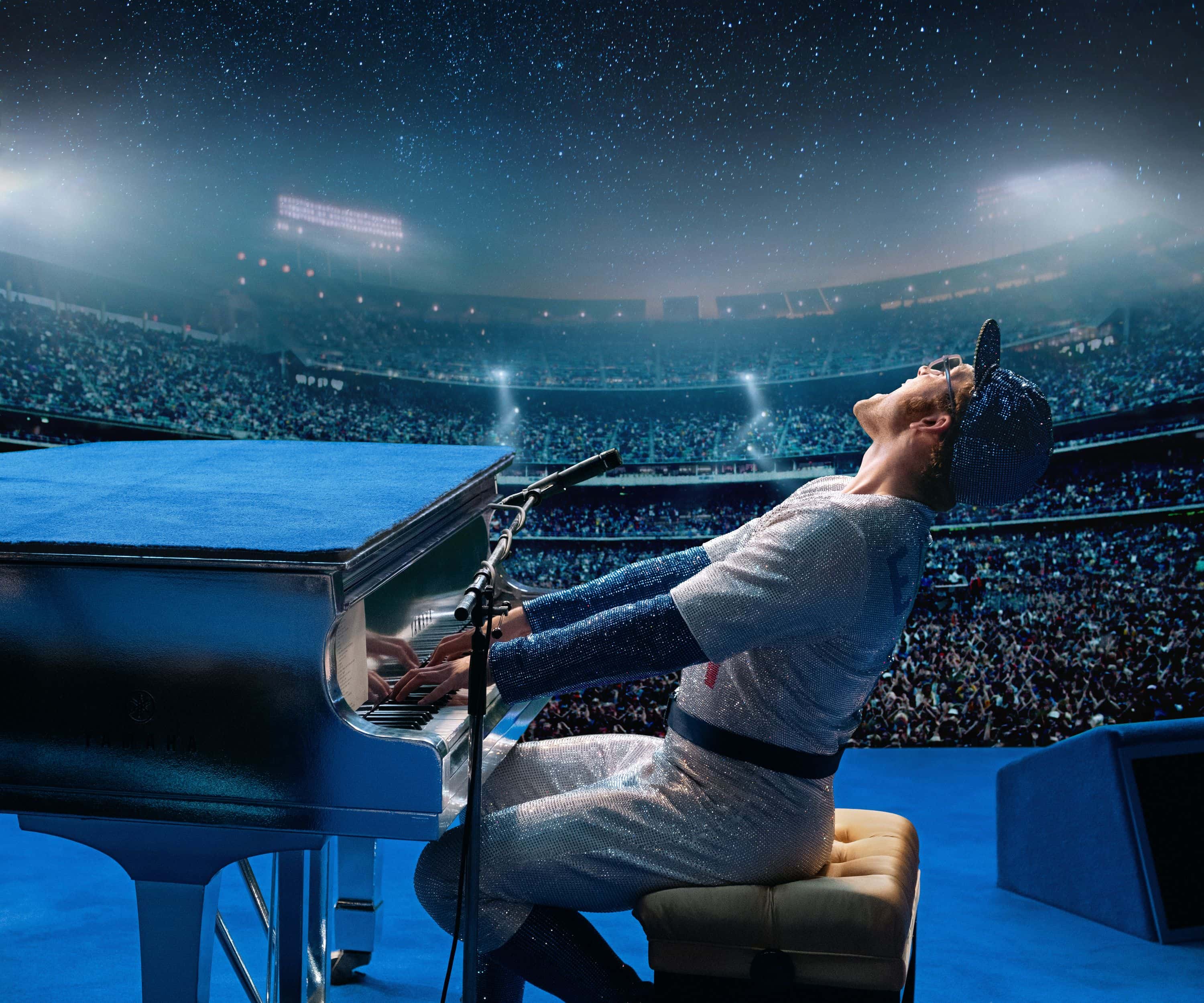 Elton John’s biopic Rocketman is a fantastical world of costume, music, and drama

Style
Elton John’s biopic Rocketman is a fantastical world of costume, music, and drama
Share this article
Next article

There are singers and there are performers. And then there’s Elton John. There’s no denying the musical genius’ long legacy of soul-stirring songs, but let’s not forget the larger-than-life costumes either. The coloured mohawks, the floor-length coats, hats, sunglasses, and embellished jackets. They have all acquired cult status and were a representation of a variety of subcultures John was exposed too. Rocketman, his biopic that releases in India next week, not only looks back at the life of the singer, but also tracks his flamboyant, individualistic sartorial choices.

The costumes are integral to the film which sees Taron Edgerton play the singer. Inspired by his life and his love for fashion, director Dexter Fletcher traces John’s extraordinary breakthrough years, from being a student prodigy to becoming a pop-rock sensation. Edgerton slips into 64 different looks inspired by John’s performances, all created by costume designer Julian Day of ‘Bohemian Rhapsody’ fame.

Even in his early days of stardom, John had been making a statement with his outfits, starting in the ’70s with denim and leather overalls, inspired by the Mods. For a performance at Royal Festival Hall in England in 1972, he slipped into a customized satin cape. Soon, collaborations with celebrated costume designers such as Bob Mackie (the man behind some of the most risqué costumes of Cher) followed, who helped elevate the visual appeal of John’s concerts with outfits made in feathers, leather, sequins, and with boas. And how can we ever forget the one-of-a-kind sequinned LA Dodgers uniform of 1975? Or the Donald Duck outfit for the 1980 Central Park concert. The “Amadeus” costume during the 1986 tour of Australia, or punk inspired pink wig worn at a performance in Troubadour, California?

But that’s not all, his love for fashion continues even today. Besides working with the likes of the late Gianni Versace, he has collaborated with Yohji Yamamoto, and Gucci’s Alessandro Michele for his farewell tour.

Many of these costumes have found their way to Rocketman. To infuse his designs with an exact amount of glamour, Day collaborated with Swarovski and used almost a million crystals to embellish the costumes and accessories. The ‘Dodgers’ costume, a fully-crystallized baseball kit inspired by the iconic costume worn by Elton in Los Angeles, features 1,40,000 Swarovski crystals to elevate and infuse it with drama. Another fiery-red jumpsuit with heart-shaped wings studded with 60,000 hand-embellished crystals has been recreated inspired by John’s dramatic ‘Devil’ costume of the ’80s.

“I’ve used Swarovski crystals on numerous films and they are very much part of the idea of showmanship. Wherever we could find a place for a crystal in this film, we put it there – Swarovski and Rocketman is a perfect partnership,” says Day.

Renditions of the costumes from ‘Goodbye Yellow Brick Road’, John’s 1973 album can also be seen, only in a much-elevated format, with design details taking hints from ‘The Wizard Of Oz’. A blue suit embellished with crystal red lapels, a fur coat along with a straw hat, all re-imagining different characters from the movie are also a part of the musical. There is even a tribute to show-stopping headdress inspired by Hedy Lamarr’s 1941 film ‘Ziegfeld Girls’.

And then there is the  eyewear. From the white geometric framed to heavily crystal embellished ones. Day, in wanting to recreate some of John’s eyewear pieces, has reinterpreted them only in a bigger, more dramatic way.

If you love fashion, and of course Elton John, rocketman would give you a no-holds barred look at how music and fashion can represent individuality.

Elton John Celeb fashion Rocketman Rocketman costumes Julian Day Julian Day costume designer
Anupam Dabral
Sr. Associate Editor
It was while studying fashion journalism at London College of Fashion that Anupam developed a keen interest in the anthropological aspect of the discipline; for him, fashion only makes sense when seen in the context of its environment. He is always on the hunt for great stories, and in his spare time binge-watches films/shows starring Whoopi Goldberg, Dawn French and Jennifer Saunders.
Fashion Jewellery Style
Sign up for our newsletters to have the latest stories delivered straight to your inbox every week.